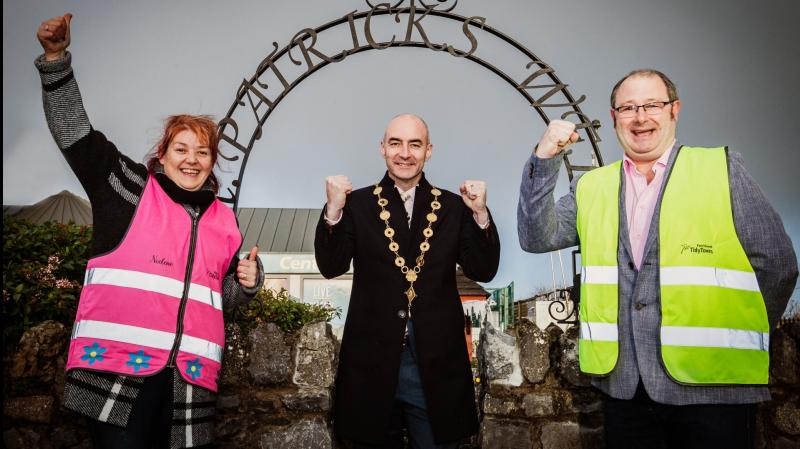 A COUNTY group has scooped the top prize in the Limerick Tidy Towns Video competition.

Patrickswell Tidy Towns were announced as the winners of the #MissionPossible task, with Elton Tidy Towns runners-up and Kilteely Tidy Towns finishing in third place.

Mayor of the City and County of Limerick, Cllr Daniel Butler, had set the challenge for Tidy Towns groups to create a video “suitable for use on social media.”

Requirements meant that the video, set as an invitation to their ‘place’ had to be 90 seconds or less, include young people and a minimum of five categories in the Tidy Towns competition.

Congratulating Patrickswell Tidy Towns, the Mayor said: “Your entry was a charming depiction of your place and the effort and care and love you have for it.”

He stated that the first prize of €1,000 will go a long way towards their goals and gave credit to the 10 other groups in Limerick that took part.

Elton received €700 for their second-place video, while Kilteely’s third place entry secured them €500 towards future projects.

“Each of you has completed a beautiful and inviting showcase video of your town,” Mayor Butler concluded.

All of the 10 videos can be viewed online on Limerick.ie..