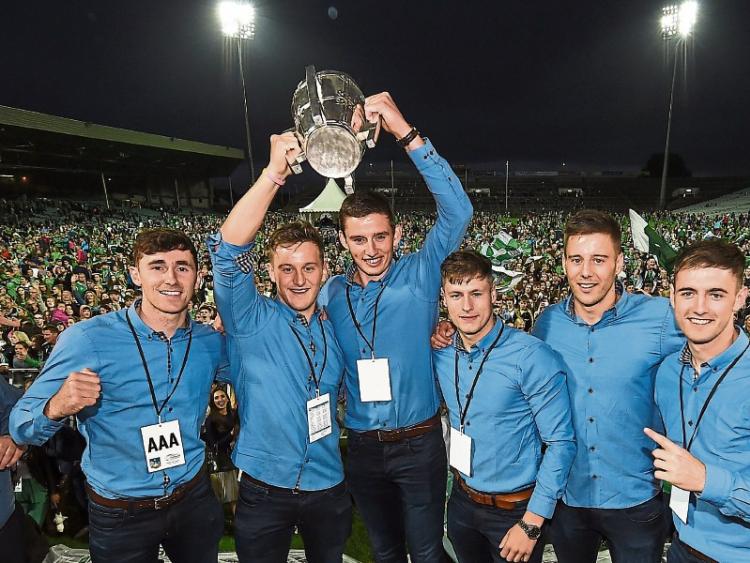 Barry Nash, left, and Gearoid Hegarty, third left, will abseil down the home of rugby to raise funds for Jigsaw

HURLERS Barry Nash and Gearoid Hegarty are to swap the Gaelic Grounds for Thomond Park in a bid to raise money for a mental health charity.

The All-Ireland winning pair are set to scale the heights of the home of Munster rugby, where they will take part in an abseil for Jigsaw, which supports youngsters who are in distress.

The charity event will take place on Saturday, November 2 – unless Ireland qualify for the Rugby World Cup final, in which case it will be rescheduled.

And speaking to the Limerick Leader this week, Barry said he is looking forward to the experience.

The South Liberties man said the senior hurling panel made a decision this year to reach out to various charities, splitting into various groups.

“I thought it would be good to get behind Jigsaw,” he said, “It’s such an important charity. Mental health in this day and age is so much out there. It’s just really important to get their work out there.”

Jigsaw, whose local base is in Arthur’s Quay, provides a free, non-judgemental and confidential mental health support service for young people aged between 12 and 25.As well as this, the charity also researches supports for youngsters.

Barry added: “They are trying to raise €20,000 this year which I hope to help out with. Hopefully the abseil will make a big difference. I’d know many families who have been affected by suicide. It has a massive effect on people’s lives and I’d hope to show some support if I can.”

In the run-up, Barry admits that he will no doubt be feeling nervous!

You can join him and Gearoid taking part in the event. Visit https://www.jigsaw.ie