Rebel garda takes up duty in Limerick ahead of final 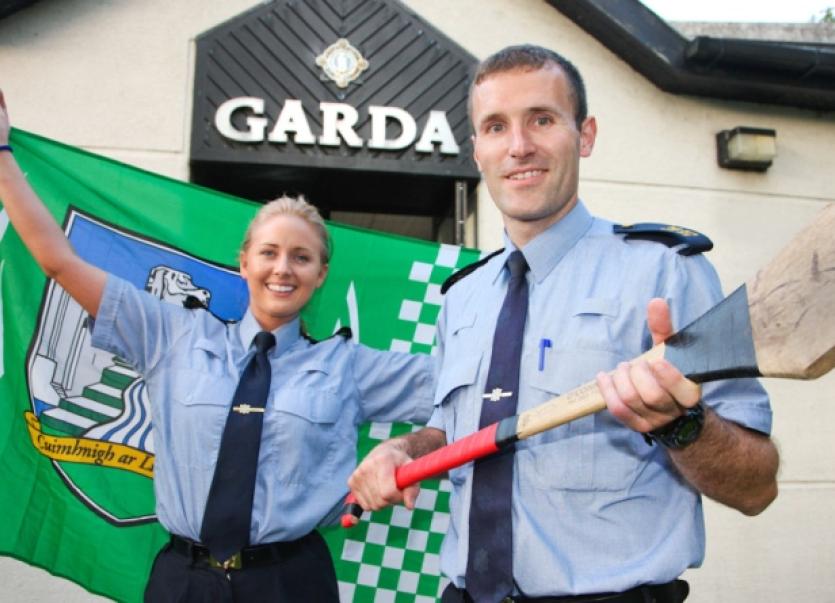 CIVIL war has broken out in Bruff garda station this week following a rebel invasion!

CIVIL war has broken out in Bruff garda station this week following a rebel invasion!

Former Cork hurler Jerry O’Connor descended on the barracks at 9pm on Saturday, armed with a hurley.

With two All-Ireland titles under his belt along with three All-Stars, the former Hurler of the Year (2005) came ready for a showdown - only to find one Limerick garda on duty at the time ..

“Limerick people are scarce on the ground here. It’s Clare, Cork, Tipperary, and Kerry,” smiles Jerry as he starts his night on duty.

True to his profession, this garda has inside knowledge.

The Cork hurling hero played under John Allen and knows all about how his mind ticks.

“John is very shrewd,” comments the Newtownshandrum man. “I played for two or three years under John and I found him very good. He is a great players’ man and he will get the most out of everyone on that panel.

“He covers every aspect of the game from start to finish. He doesn’t leave anything to chance and that’s what separates the good managers from the average ones and Limerick have a good manager in John Allen.”

Days like Sunday, Jerry says, are what players dream of and relish.

But, he points out, they can also be stressful, particularly if the team are being hounded for tickets.

“That’s the worst hassle you could have but most people have enough common sense to keep away from you and not to even talk about it.

“I have no doubt that the management will be getting the lads to keep away from the media and people who would be talking about the game constantly because that in itself is draining. That puts an added pressure on young lads – a lot of whom are playing in the Munster final for the first time.”

Looking ahead to the game, Jerry sums up Limerick in one word - “dangerous”.

“That’s the thing about sport,” he elaborates, “one fella might be the man of the match today and the next day it’s someone else”.

Against Tipperary, he says, Limerick were “very impressive”.

“I was watching it on telly at home and when Tipp got the goal and the point I said it was all over and I left at that stage.

“I was sitting in my car five or 10 minutes after when I heard Limerick were driving up the field getting the winning score, so you would have to be impressed with the way they finished.”

Back home in Newtown, he says, there is “a good bit of excitement around the place”.

“We have two men on the panel – Cathal Naugthon and Jamie Coughlan. It’s a couple of years since Cork were in a final so it’s something to look forward to.”

Jerry has been stationed in Bruff for the last three months having previously been based in Rathduff outside Blarney.

He joined An Garda Siochana the week after the All-Ireland final in 2003 and last played for Cork in 2011.

“It’s a young man’s game now,” reckons the 34-year-old. “Once you go over 30 years of age, you can throw your hat at it,” he says of the level of fitness required to play at the highest level.

His brother Ben, meanwhile, continues to run the successful family hurley-making business back at home. The twins are, needless to say, hoping for a Rebel resurgence on Sunday.

“If we come out the right side by a point, we’ll be happy,” smiles Jerry.