Cappamore Show on Saturday, August 17 then Croke Park on Sunday! 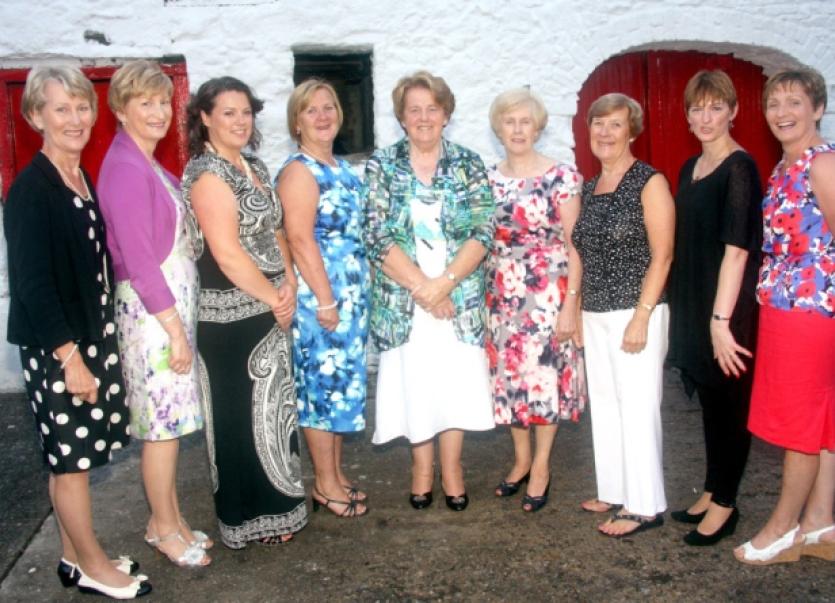 CAPPAMORE Show is a day out for all the family to enjoy the horses, cattle, dogs, horticulture, arts and crafts, vintage machinery and many, many other attractions.

CAPPAMORE Show is a day out for all the family to enjoy the horses, cattle, dogs, horticulture, arts and crafts, vintage machinery and many, many other attractions.

However, it runs much deeper than that said Paddy Ryan “Luke” at the launch of the show last week in Hayes. A bumper crowd of committee members, sponsors and supporters were in attendance - all looking forward to this year’s show on Saturday, August 17 in Portnard.

It is the 59th Cappamore Show and Mr Ryan has been show secretary for the last 54 years.

“When it started in the fifties it was a different Ireland. Rural Ireland was treated as second class citizens. Organisations of shows was rural Ireland asserting themselves.

“Reflecting on trends today it has gone full circle. We are back to being second class citizens with the closure of garda stations, banks, libraries, all these essential services. These nameless, faceless people making decisions for rural Ireland.

“Shows are equally as important as they were in 1954. People should stand up for themselves and show pride in their own place,” said Mr Ryan.

Cappamore Show permeates throughout the parish and this community spirit is a big reason for its continuing success and the excellent facilities in the village, he says.

“A lot of shows have fallen by the wayside but we have many young people involved. Without young people any community activity won’t stay on track,” said Mr Ryan.

Marie Hayes, chairperson, opened proceedings and passed on sympathies of everyone involved with Cappamore Show to the Cummins family on the sad loss of young Jack, and the Pearson family on the tragic death of Sophie.

She welcomed the big crowd and paid tribute to their many sponsors.

“We are deeply indebted to you all. We wouldn’t have a show without sponsors,“ said Mrs Hayes.

There is something for all ages - from the bonny baby to the always popular arts and crafts and vegetables and fruit, and much, much more. The dog show always attracts a big crowd as does the carriage driving, sheaf throwing and pet’s corner. New to the show is a children’s double decker playbus and giant draughts, snakes and ladders and lots more.

Entries were up in the horse, cattle and showjumping classes last year. And this year they are hosting the prestigious Anglo Irish Limousin YMA Finals which will bring teams and entourages from England, Ireland, Scotland, Wales and Nothern Ireland.

Jimmy McCarthy, show president and the last link to the founding members, said the move to a Saturday from the usual Wednesday a few years ago was long and agonising but it has proved a wise decision.

“Some in the parish never really had an opportunity to go to the show but now they can experience the tremendous atmosphere,” said Mr McCarthy.

“It is not about one element, it is about the whole team - the committee, sponsors, supporters, landowners, everybody. It generates excitement and economic activity locally,” said Mr Blackwell.

Leas Cathaoirleach John Egan says the weekend begins with a trip to Cappamore on August 17 and Croker on August 18!