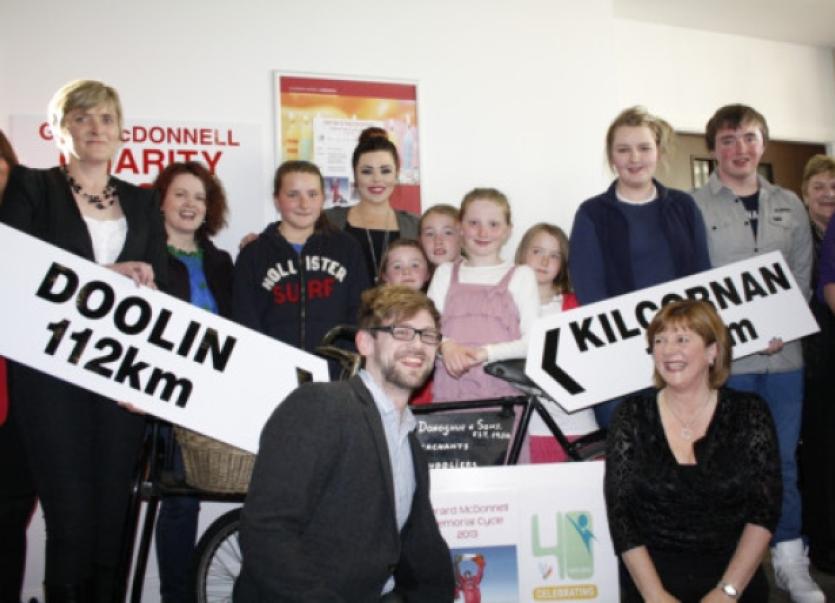 PAST and present members of the Limerick Youth Service (LYS) gathered at the Clarion Hotel to mark its 40th birthday, writes Nick Rabbitts.

PAST and present members of the Limerick Youth Service (LYS) gathered at the Clarion Hotel to mark its 40th birthday, writes Nick Rabbitts.

It was back in May 1973, out of a small office in Patrick Street that the late Sr Joan Bowles opened LYS.

It moved to Glentworth Street a few years later, and has provided support to generations of youngsters across the city.

And on Friday night - the date designated as the official birthday - more than 100 people gathered in the hotel to mark the anniversary.

They were joined by former Munster prop Marcus Horan, actress Meave McGrath and the Voice of Ireland star Aoife McLoughlin.

The event also saw the launch of the annual Ger McDonnell Memorial Cycle which this year will raise funds for LYS.

The charity cycle, now in its 5th year, is dedicated to the memory of Ger McDonnell, the first Irishman to conquer K2, with Limerick Youth Service, chosen as this year’s benefactor.

The cycle, from Kilcornan, Co. Limerick to Doolin, Co. Clare, retraces a route that Ger took one summer’s day when he had originally set out for a pint of milk in Askeaton.

It gets under way at 9:00am on Saturday, July 27, with sponsorship cards available from LYS’s headquarters in Glentworth Street.

Photos and storyboards were placed around the Clarion Hotel room, reflecting some of the many events the LYS has run, and the people it has served since 1973.

Two long standing volunteers, Kitty Dwane and Paul Kiely were given awards to recognise the work they have done for LYS.