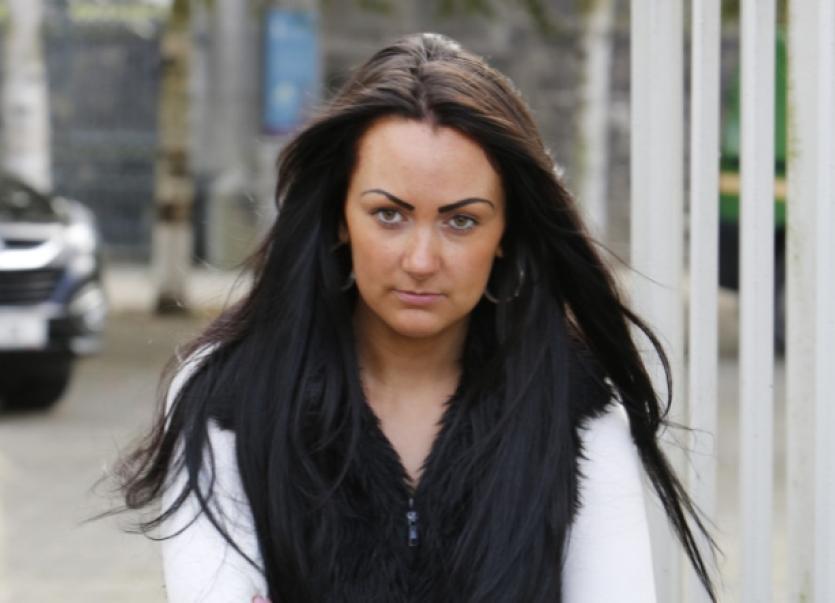 Anne Sheridan at the

THE TRIAL is continuing this Tuesday in Dublin of two Limerick men who are charged with the murder of businessman and father of two Roy Collins in Roxboro just over five years ago.

THE TRIAL is continuing this Tuesday in Dublin of two Limerick men who are charged with the murder of businessman and father of two Roy Collins in Roxboro just over five years ago.

In court room 11 of the Criminal Courts of Justice, April Collins is continuing to give evidence today in the trial of Wayne Dundon, 36, of Lenihan Avenue, Prospect and Nathan Killeen, 24, of Hyde Road, Prospect who have pleaded not guilty to the murder of 35-year-old Roy Collins at Coin Castle Amusements, Roxboro Road Shopping Centre on April 9, 2009.

There was high security in court this morning, with members of Nathan Killeen’s family sitting on the left, while the victim’s family, father Steve Collins, his wife Carmel and their daughter sat on the opposite pews at the rear of the courtroom.

Ms Collins, who grew up on Hyde Avenue in Ballinacurra Weston, was formerly in a relationship with Gerard Dundon - a brother of the accused Wayne Dundon - and had three children with him.

Ms Collins told prosecution counsel Mr Sean Guerin SC, that on the day Roy Collins was shot her son was sick and she had to take him to the Regional hospital in Dooradoyle.

CCTV footage pertaining to show Ms Collins’ movements that morning were shown in court this Tuesday morning, but her evidence in the case has not concluded.

A vehicle believed to be her silver Lexus IS200 was seen leaving Hyde Avenue, the home of her parents Jimmy and Alice, that morning, according to the prosecution.

Defence barrister Michael Bowman today said Ms Collins could remember minute details on the day of the murder with “surprising clarity”, and yet had a “very poor recollection” of the number of occasions she was in court for a series of road traffic offences, after receiving a three-year suspended sentence for the intimidation of a witness, which was not activated after she was found to be driving while disqualified.

Mr Bowman put it to her that it must have been “a very grave concern” that she could have been sent to prison if the sentence was activated, and she agreed that “I was frightened to see what would happen to me”.

The court heard her youngest child Jimmy was then aged just four months.

“I was put off the road a good few times so I don’t remember when and what dates,” she said.

Ms Collins said she was driving after she received a five-year driving ban in Kilmallock court in May 2010, after previously being banned for driving for two years in 2009.

She said she knew she was “going to be punished again for it”, but Mr Bowman maintained: “It sounds to me you were confident the exact opposite was going to happen.”

Listing out a series of dates when she was found to be behind the wheel - without insurance or a licence - he said: “And on and on it goes. You felt you could act with impunity.”

In spite of accumulating 23 road traffic offences after receiving the suspended sentenced and being bound to be peace for three years by Limerick Circuit Court he said “you never had to serve a day of those three years”.

Her brother Gareth Collins gave evidence last week that he was offered €20,000 to take part in the killing of publican Steve Collins, the father of Roy Collins.

Gareth Collins, 31, said that he repeatedly refused to be the getaway driver in the killing and he said that Wayne Dundon told him to be the driver by mobile phone from his prison cell.

Gareth Collins, also known as Gareth Keogh, told the court that he is serving a seven and half years prison sentence imposed by the Special Criminal Court for demanding money with menaces and threatening to kill.

He said he has twelve months of that sentence left to serve.

It is the prosecution’s case that Roy Collins was at work on 9 April 2009 when a lone gunman entered the premises and shot him once in the chest. He was conscious for a short time afterwards but later died.

The prosecution maintain that Nathan Killeen was the driver and another man, James Dillon, was the gunman, and it is alleged that Wayne Dundon, who was in custody at the time, was directing events from prison.

After the shooting, Nathan Killeen was found hiding in an attic after gardaí had surrounded a house.

For more coverage of this trial, see tomorrow’s Limerick Leader print edition and stay with the Leader online.