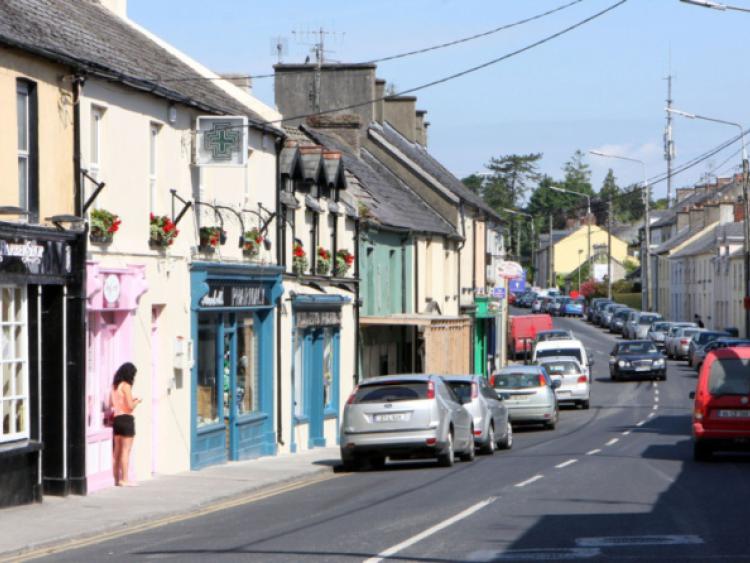 Arriving in Croom on a sunny Friday afternoon recently, one might be forgiven for thinking the Celtic Tiger had returned. Cars line both sides of the main street, while a steady stream of high-vis clad workers make their way in and out of local Spar shop, lunch rolls and coffee cups in hand. The background grumble of heavy machinery indicates serious building work is underway.

Arriving in Croom on a sunny Friday afternoon recently, one might be forgiven for thinking the Celtic Tiger had returned. Cars line both sides of the main street, while a steady stream of high-vis clad workers make their way in and out of local Spar shop, lunch rolls and coffee cups in hand. The background grumble of heavy machinery indicates serious building work is underway.

Indeed, it doesn’t take long to find the source of the noise - and the workers. At the end of the street is the entrance to a building site where the Well Meadow used to be. A major project is underway here to develop the park as an amenity for the community, with facilities including a civic centre, children’s playground, walking paths, a nature area, amongst others. The job is due to be finished by October, and local people are eagerly anticipating its completion.

“Every town in Ireland will be envious of what we have when it’s finished,” comments Padraig Broderick, owner of the local Spar supermarket.

And while the mini construction boom may be a temporary phenomenon thanks to the park project, the number of businesses operating in the town suggests a vibrancy that runs counter to the tales of doom and gloom so often associated with rural towns.

“Croom is definitely going in the right direction and we are going there fast,” he adds.

Alongside the busy supermarket, the main street boasts a couple of hairdressers, a betting office, pharmacy, butcher, curio/electrical shop, restaurant and a hardware shop. There are also four pubs, a post office, an Ulster Bank branch and, further up, Donie Daffy’s car dealership, a kitchen supplier and Croom Cycles & Lawnmowers.

“Croom has a good hinterland, with people coming in from Banogue, Manister, Granagh, Crecora. Especially on a Thursday and Friday, it would be a good meeting point for people from the surrounding area,” said Mr Broderick.

Indeed, Croom has historically been an important commercial centre, dating back to the late 12th century when the Geraldine Earls of Kildare built the first castle there. For the following two centuries, it was the chief residence of the Geraldines and was a place of political and economic importance, as evidenced by the Geraldines’ war cry, Cromadh Abu (Victory to Croom).

Croom was also important as the main crossing point of the river Maigue on the road between Cork and Limerick. It is believed there has been a bridge there since at least the 14th century and in his famous march of 1601, ‘Red’ Hugh O’Donnell and his army passed over it on his route to the battle of Kinsale.

Later, Croom became known as a centre of the milling industry, with the town’s mill being built in 1788, with flour being exported to Britain, Europe and even Russia.

Croom is also recognised for the quality of racehorses produced on its stud farms. Some of the best known include Islanmore Stud, now owned by JP McManus’ daughter Sue-Ann and her husband Cian Foley, and Croom House Stud, owned by Denis Brosnan. Over the years, these stud farms have employed large numbers of local people as well as producing a steady stream of champion horses for the international market.

Local man Seamus Sheahan worked most of his life at Islanmore Stud, then owned by the Tarry family. He describes them as “great people to work for” who always looked after their staff.

Now retired, Mr Sheahan is proud of his community and plays his part in its ongoing development. As a member of the Croom Community Development Association (CCDA), he is involved in a number of local projects, including the tidy towns group. With the assistance of workers on the Community Employment Scheme, the group of 15-20 active volunteers keep the streets clear, plant flowers and carry out general maintenance. They recently invested €2,000 on floral displays to brighten up the town. The newly-painted bridge is also the work of the tidy towns group, headed up by chairperson Maureen Curtin.

Seamus says that support from local businesses and residents has been a key element of their success.

Elaine Butler, chief executive of CCDA, also praises the work of all involved in keeping the town looking its best. “There is a great community spirit here. There are residents associations in nearly every estate and there is also a residents forum where they can come together every two months or so to exchange information and share ideas,” she says.

As the Geraldine Earls may have said: ‘Cromadh Abu!’