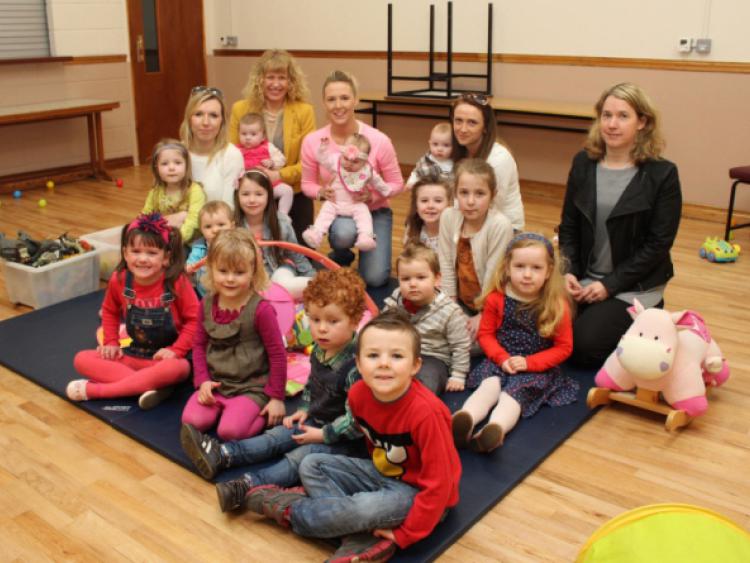 THE NAME of this series is Communities Fighting Back and this is certainly true of Doon and its people.

THE NAME of this series is Communities Fighting Back and this is certainly true of Doon and its people.

In a short space of time they lost their bank, library and garda station. Yet they bounced back with pride.

Annette Collins bought the former AIB building which is now a thriving modern pharmacy. Thanks to Doon Community Council the mobile bank now comes to the recently refurbished community centre every Thursday so people don’t have to queue on Main Street. They can wait their turn in the comfort of the centre.

Superintendent Alan Cunningham organised for a garda to come two Thursdays a month to the community centre for locals to get paperwork sorted and queries dealt with.

They even set up their own library with books donated by the public. They can be borrowed and dropped.

When life gives you lemons, make lemonade is a phrase PRO of Doon Community Council, Tom Hayes, agrees with.

“We now have the bank, garda and library all in the community centre and we are hoping to extend the bank’s visit by an hour,” said Tom.

But Doon is a proud place. Nestled close to the Tipperary border, it is a hotbed of hurling and things get pretty heated when Limerick take on Tipp!

Last year, Doon GAA club had the unique honour of having five minor players starting on Limerick’s Munster-winning team including the captain – Richie English. An incredible achievement for any club, not mind one of Doon’s size.

The GAA club is thriving and the area is well known “doggy country” with greyhound racing and coursing popular.

The first written mention of the name Dún Bleisce was in the Annals of Inisfallen in 774 but in the Gaelic tongue it must have gone back hundreds of years further.

Dún obviously means fort but there has been a debate over Bleisce. To some it is the name of a powerful woman who ruled the area or could it translate as a harlot or woman of ill repute? Most likely it stands for a place which changes its leader often. So when “An Dún” was erected on road signs back in 2003 there was anger, frustration and disbelief.

Br Dan Fitzgerald and Doon Historical Society started a campaign for the name Dún Bleisce to be restored by the Placenames Commission. Over 1,200 signed a petition but their request was turned down in June 2006.

Limerick County Council lent their support and despite being turned down once more Minister Eamon O Cuiv restored Dún Bleisce in 2008.

How many villages would have let it go?

But Doon has always valued education and learning. The Mercy Sisters came to Doon in 1865 and were followed by the Christian Brothers in 1874. That link continues today.

While the Mercy Sisters have a convent in Doon and donated the land for the new Scoil na Trionoide Naofa. It is an amalgamation of St Fintan’s and St Joseph’s in Doon and St Michael’s in Cappamore. The state of the art school is one of the most modern in the country. The beautiful building would make you stop for a second look as you head out the Togher Road. Lucky students. There is also the convent national school, pre-school and montessori.

A walk through the village shows that there are surprisingly few boarded up buildings compared to other towns. Well kept flower pots and colourful buildings breathe life into the Main Street. There isn’t any litter to be seen.

It is well served for shops and services – McNamara’s hardware, Martin’s, Daybreak, Ann’s, Treacy’s Butchers and Lysaght’s, where bullet holes remain from the War of Independence, Ryan’s Post Office, Tipperary Credit Union, Jack Ryan accountants, take-away, Berkery’s garage and Berkery’s Leather Products which is a local jewel in the crown as it is the last maker of sliothars in Ireland.

There are five pubs – Kelly’s, The Local, Mike Buckley’s, Whelan’s and Moore’s. Willie Moore played on the 1973 All-Ireland winning team and Doon Vintage Show is held in Moore’s field. Irish Red Cross, health centre, Dr John O’Brien, Michael White Undertakers are all based in Doon. The pharmacy, ladies and gents hairdressers and beauty salon are all on this page.

The church – parish priest is the popular Fr Tony Ryan – is set back from Main Street and up the Togher Road is the community centre and playground.

With the forward thinking of Doon Community Council, help of generous donations from Ballyhoura and local fundraising €100,000 was spent on the playground and refurbishment and modernisation of the centre cost €300,000. Doon Tidy Towns, FAS and Tus schemes, community council supplemented the good work with a lot of landscaping and painting also completed.

The community centre is a “hive of activity” said Tom Hayes.

“There is something happening every night – uni-slim, zumba, soccer, Irish dancing, meetings, parties, GAA nurseries, monthly tea dance and we have the most popular game of 45 drive in East Limerick every Sunday night with over 10 tables,” said Tom.

Behind all these businesses, projects, ideas and services are hard-working men and women. And Doon is very welcoming.

This is epitomised by Michelle Butler who moved to the area eight years ago. She didn’t know anybody until her little girl started going to school.

“When I started going down to the community centre I got to know everybody. There is so much on there,” said Michelle, who has joined the community council.

She and Anne Marie Richardson set up a baby and toddler group that meets every Tuesday morning in the centre.

They saw that something was missing in the locality and set it up themselves. That is the story of Doon.

“There is real community spirit – I love it,” said Michelle.