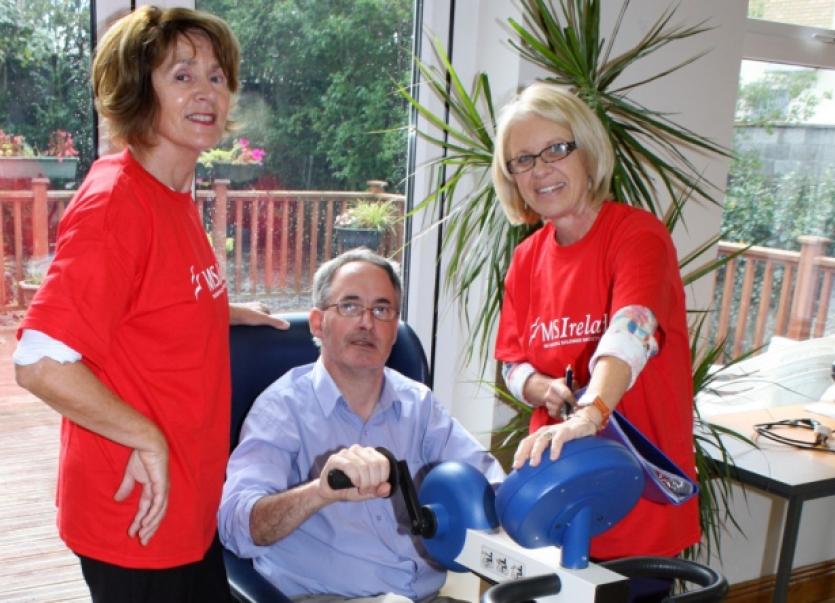 A diagnosis of MS changed Bobby Lynch’s life as he explains in this, his personal account.

A diagnosis of MS changed Bobby Lynch’s life as he explains in this, his personal account.

In July 2008, in my early 40s, I was diagnosed with multiple sclerosis. I knew from that moment that life was going to change for me and my family forever.

I had been involved in a car crash in March 2007, the cause of which wasn’t clear at the time. From what I’ve learned since, the symptoms of MS were responsible.

What really got me thinking - and slightly worried - was my experience of Heineken Cup final day in Cardiff in May 2008. I was happy to be one of the travelling legion of Munster fans. I flew from Kerry airport to Dublin on a 6.30am flight with three family members. The delays on the outbound trip left me feeling tired, not to mention the late arrival and bus trip to within a mile of the stadium with just under an hour before kick-off.

On the walk to the entrance I noticed my right leg was dragging slightly and just didn’t want to move in unison with the left, to let me keep up with the other three. I put that down to tiredness and sitting all day from early morning on the plane and bus.

Two months later I attended a monthly physiotherapy session for a sore hip (from what I thought was a lingering ailment post the car crash). I can only call what happened that day a mixture of luck and a tuned-in physiotherapist, who saw a tremor-like shake in my leg, something that had been occurring on and off for years. She called in her senior colleague, practice owner Phyllis Dolan, who quickly decided something was amiss.

That was followed by two quick telephone calls. One was to my wife, Antoinette, who works at UL in the accounts department and one to my GPs in Ballina-Killaloe, where we live. They were told to expect me within the hour.

In the next two weeks my GPs (Dr Brendan Thornton and Dr Siobhan Lynch) assisted me greatly (as did the entire surgery staff and their colleague Dr Maureen Ryan) in providing very practical medical help and other guidance. An appointment with a neurologist was set up and an MRI scan and lumbar puncture followed to enable a diagnosis to be made.

Just 15 days after the physiotherapists noticed the leg tremor and shakes, I was told by Dr Helena Moore that it was MS. I had a more or less instant feeling that it could have been far worse - other things had crossed my mind in those few weeks ahead of the diagnosis.

I was relieved that there was a reason for my feeling fatigued a lot and having a weak leg sometimes.

Six months later I had a relapse and was unable to return to work full-time, even after being offered a reduced 20-hour week.

In the four and half years since, there have been many changes, some small and some not so small, for me and Antoinette and our two sons Conor (18 this month) and Jack (14 next month).

Having to live with my MS - my shadow, as I call it – meant I could not climb stairs without huge difficulty. Instead, we put up a backyard bedroom extension with a purpose-built wet room.

After a number of falls both at home and out and about it’s been necessary for nearly two years now to use a four legged wheelie frame rather than a walking cane.

I’ve had my automatic car adapted with steering wheel hand controls fitted to let me retain a small sense of independence to go out locally. Any longer trip away, like a summer holiday, means that a wheelchair is a necessary part of the luggage’.

In October 2012, as a result of the worsening in my balance, a more pronounced dragging in my right leg and reduced strength in my right arm, my diagnosis was changed to secondary progressive MS.

Something like this has an effect on all in the house, through a mixture I suppose of fear, confusion and huge anxiety. My stress, frustration and even guilt are on the radar in the background.

For me, as soon as I open my eyes in the morning, I know for the most part if it’s going to be a good day or a bad one.

Huge fatigue, too, has been a constant companion for a long time now, as is the need not to overextend myself.

It is a daily struggle for the most part to pace myself every day with regular rests.

With MS affecting my ability to do the most basic of tasks like showering, dressing or even making a cup of coffee, sometimes those around me have to walk on eggshells.

If somebody asks me how many kids we have, the stock answer I give is that we have three – the two boys and my MS. It is part of who I am now, but I try not to let having this chronic disease and illness define me.

Keeping up a hobby or two is very important, as it keeps the mind alert and the body somewhat active.

My own experience of reaching out regularly to those in the many support services when an extra bit of help is needed is something that’s been beneficial to me. Having the support of the MS Mid-West office team led by Carol Mackenzie, is of huge benefit.

My personal creed, the belief that gets me though a so-called 3am moment, is this: I remind myself that while some days may be quite difficult, life isn’t over.

Bobby Lynch was a Limerick Leader advertising executive from 2005-2006, prior to which he was manager of the former city centre hotel Hanrattys. He was marketing manager at the Royal George Hotel/Tropics nightclub in the late 1980s where he pioneered the beach parties and a comedy club. Bobby is also the long-serving PRO of his local soccer club Lough Derg FC (Ballina-Killaloe).