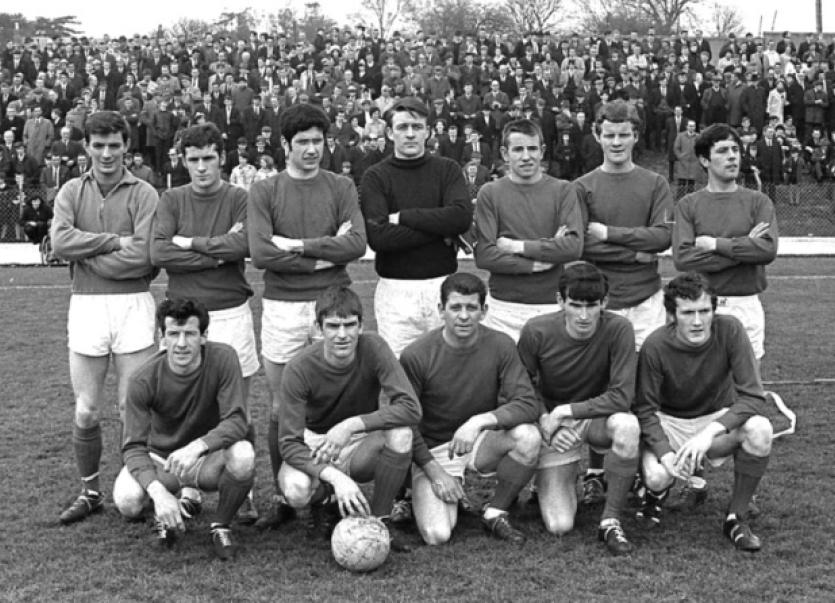 THE FUNERAL takes place in Limerick this Tuesday of one the city’s great sporting all-rounders Joe Bourke.

THE FUNERAL takes place in Limerick this Tuesday of one the city’s great sporting all-rounders Joe Bourke.

Mr Bourke, late of Castletroy, was an outstanding rugby out-half who kicked St Munchin’s College to their first Munster Senior Cup title in 1968.

He was the serial top points scorer in the Munster League with Bohemians, with whom he played for distinction for around 10 years.

But it is for his contribution to Limerick soccer that Joe Bourke is probably best remembered. Defending alongside fellow greats Al Finucane and the late Joe O’Mahony, he was on Ewan Fenton’s Limerick United team that beat Drogheda 3-0 in the FAI Cup Final in 1971, ending a hoodoo for Limerick’s senior side that had seen them finish cup runners-up in 1965 and 1966.

“He was a very intense player and very fast on his feet and you could see why he was a success both in soccer and in rugby,” said Al Finucane.

“And like anybody who came out of the Ballynanty/Kileely area, he was well able to get stuck into when he had to. As well as that he was just a lovely guy, an outstanding fella.”

Mr Bourke was also a fine golfer and a longstanding member of Castletroy Golf Club. He worked in the insurance business with Norwich Union and later with Aviva.

Reposing at Griffin’s Funeral Home this Monday evening from 5pm with removal at 7pm to Monaleen Church. The funeral takes place at 12 noon at Tuesday followed by burial in Kilmurry Cemetery.