Making Cents: What is a defined benefit pension? 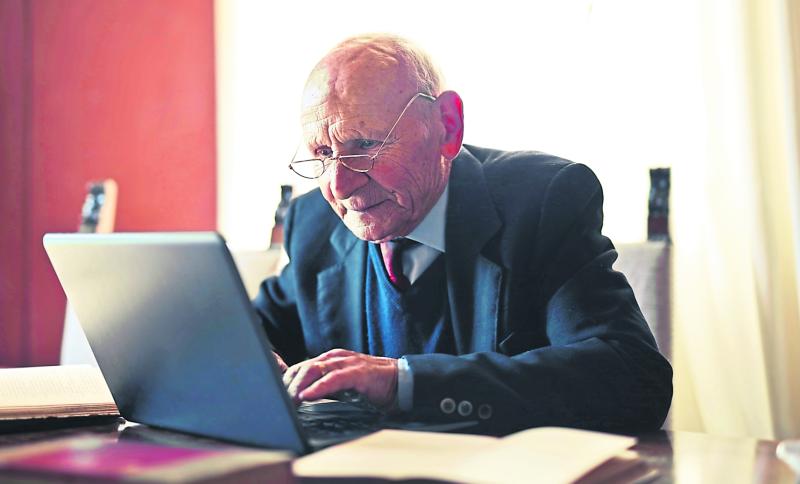 Clearly the pension route is the better option regardless of whether you are a member of a defined contribution scheme or a defined benefit one Picture: Pexels

A reader reached out to me last week with a question about his Defined Benefit (DB) pension.
He admitted that he didn’t know much if anything about pensions, but he knew what he had was a very good one.
He doesn’t pay anything into it because he was told he didn’t have to, but then someone said something to him about AVCs and how he should be paying into them. He was a bit confused, because he didn’t know what the benefit to paying into AVCs was.
And that was the reason he made contact, and I’m glad he did.
Which is why in this article I’m going to tell you what I told him, and why paying into AVCs was going to make his already great pension, an even better one.
When it comes to a DB pension, the annual pension you are in receipt of is typically calculated based on receiving 1/60th of your final earnings for each year of completed service. The maximum amount you can receive is 2/3rds of your final salary which would mean you’d need 40 years’ service.
Some schemes will also allow for you to take a cash free lump sum as well, and this is calculated by allowing you take 3/80ths of your final pensionable salary for each years’ service.
Anyway, in relation to AVCs, which stand for Additional Voluntary Contributions, they are made by pension scheme members in order to increase their benefits at retirement. And making AVC contributions can be used for both Defined Contribution (DC) and Defined Benefit schemes.
And they really are, a great tax efficient way of boosting your retirement savings. When it comes to DB pensions in particular, their big value add is preserving the full amount the company is promising to pay you each year.
When it comes to a DB pension, at retirement you will typically be given two choices, and they are:

So, if you decide to take a tax-free lump sum, your annual pension will take a hit.
And the cost of taking tax free cash can range from anything from €9 to €14 for every €1 of pension you’d end up with.
Let me show you what this looks like.
Let’s assume a person ends up with a DB annual pension of €33,000 at retirement and based on their years’ service they’re allowed to take a tax-free lump sum of €75,000, they’d end up with two choices:
1. An annual pension of €33,000 and no tax-free cash or

So, in exchange for a tax-free lump sum, their annual pension payment which will be reduced by €5,357.
But is there a way they can (a) get access to that €75,000 tax free money whilst (b) preserving your €33,000 per year?
And the answer is Yes, by making AVC contributions.
You can build up a side AVC fund that runs in tandem with your DB pension, so when it comes to retirement, you’ll use that AVC fund to take as much tax-free cash as you can, without it impacting your core annual pension.
So, if you save into an AVC fund, you can create a third option for yourself at retirement, and if we stay with the example I just referred to, it’s:
3. An annual pension of €33,000 AND a tax-free lump sum of €75,000.

That’s’ how you can enhance your DB pension. And unfortunately far too many people don’t understand that they can create this third option for themselves. They think a DB pension is a great one, and it absolutely is, its super, but they can make it even better.
Back of the envelope numbers, you can fairly easily work out how much of a tax-free lump sum you can take at retirement, which influences the amount you should be targeting to accumulate in your AVC fund when you retire, and this obviously influences the amount you should be setting aside each year.
And if you’re unsure your numbers are right or you want them double checked, you can always verify them with your pension administrator who should be able to tell you, that based on your current income and it’s trajectory and your years to retirement, what that future tax free lump sum you will be allowed to take, which will help with your present contributions and validate them with logic and certainty rather than just blindly contributing an amount and finding out at a later date you under or over funded them.
Also, when it comes to a DB pension, it’s important to check with the scheme provider that they will not force commutation of the pension i.e. the only way you can get a tax-free lump sum is by a reduction in the annual salary they’re promising to give you. It’s not that common but we have seen this before.
Okay, when it comes to a Defined Contribution fund, you are allowed to take 25% of your fund tax free up to a limit of €200,000.
So, for example, if you built up a fund of say €550,000 you can take €137,500 tax free and do what you want with it. The remaining €412,500 should be placed in an approved retirement fund (ARF) which will be used to pay you an annual income from.
If your fund is greater than €800,000, and the 25% amount you’re entitled to is more than €200,000, the next €300,000 is taxed at 20%.
So, if your fund was €1,000,000, 25% of this is €250,000.
The first €200,000 is tax free and the next €50,000 is taxed at 20% meaning you’ll end up with total cash amounting to €240,000.

Remember, no matter what type of pension plan you are a member of whatever contribution you make towards a pension fund and that includes AVC’s, if you pay tax at the marginal rate, you are getting tax relief at 40% on the amount you invest, so for every €100 you invest, it’s only costing you €60.
So, if you made an annual contribution of €10,000, it would only end up costing you €6,000.
And think of it this way, if someone offered you €10,000 in exchange for €6,000 every year, would you take it?
Of course, you would, you’d be mad not too. Even if you never needed the additional monies in the future, you should still choose to make additional contributions however big or small, because if you don’t, think of it that as leaving money behind you each year in unclaimed tax relief.
And sometimes people make the mistake of thinking that making pension contributions and saving into a regular savings account are one in the same, and really that couldn’t be further from the truth.
If for example you put €10,000 each year into a regular savings plan, because it’s coming from after tax income, it’s going to cost you about €19,607, whereas the same contribution to a pension fund, we know is €6,000.
Clearly the pension route is the better option regardless of whether you are a member of a defined contribution scheme or a defined benefit one, for all the reasons I’ve just outlined.