Then & Now: Greatest invention of all time 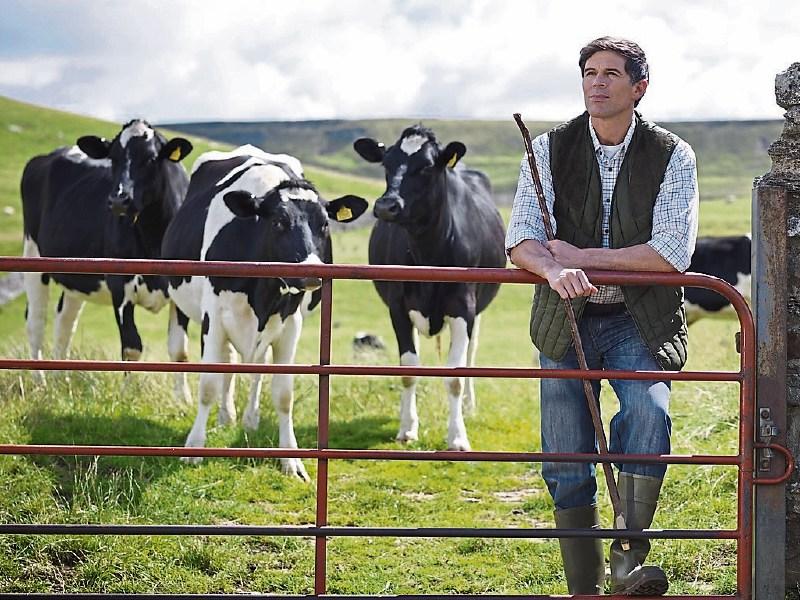 I HEARD a good argument in a well-known hostelry in recent weeks which I would like to share with you.

The question was which invention has been of the greatest benefit to mankind and the discussion was a lively affair in more ways than one. Some of the people claimed the greatest invention of all was the wheel, which enabled man for the first time to travel faster than he could walk. Others claimed it was the Aeroplane, which enabled him to fly. More claimed it was the radio, TV and the first gramophone record. A certain section promoted electricity computers and the world wide web. The box of matches, telephone, motorcar, space rocket, and many other great inventions were suggested during the discussion. All the suggestions were eventually silenced by an old grey-haired farmer in the corner who said: “The best invention of all time and the one with most benefits to mankind, especially in the country was the rubber Wellington boot."

I found it hard to disagree after he had outlined their many benefits. The facts are that before the first pair of Wellingtons arrived in this country at Dublin docks about 80 years ago (by direct order of Eamon De Valera himself) one half of the country was constantly walking about in that state wet shod in soaked and useless hobnailed boots and leggings, whilst the other half of the rural population was in its bed, twisted with rheumatism coughing and shivering and choking and eventually dying early from the effects of having been wet shod virtually since the time they were born.

In the Ireland of the time before the Wellingtons it was bare feet and stone bruises in the summertime, and it was hobnailed boots and maybe leggings in the wintertime. And the right cold water could go through a hobnailed boot just as quickly as Epsom Salts through a pawnbroker. Several of the group present held the view that the old farmer put forward a very strong case.

There is nothing so valuable to the Irish countryman as his pair of Wellingtons, as they are cheap and durable. He cannot do without them and they cost a lot less than a tractor, or modern machinery. With his pair of Wellingtons and a pair of good thick Blarney wool socks his toes are as dry as a bone. They are also as straight as a boy's as he strides as briskly over his acres at the age of 70 as his father did at 40.

The probability is that because his feet were wet so much his father was not able to walk at all at 70. Today the farmer can go over the same swampy land totally dry-footed as that which crippled his ancestors. It also kept the older generations especially in the winter and spring in a state of constant wet shod misery.

Great though the old hobnailed boots have been for the roads and the uplands and the hills, they were not worth a curse in boggy or soft land. There was no such thing as a waterproof hobnailed boot. In the winter and spring even at present we have more boggy and soggy land in the country than anything else. Yes, the Wellington boots have been the salvation of this country.

The man who invented the Wellington boot for the first time in history liberated the Irish countryman, from that doleful perennial state of being wet shod thus saving his life. The first Wellingtons were a type of leather boot and they've been around for more than 200 years, having been invented by the 1st Duke of Wellington, Arthur Wellesley, in 1817. In 1853, Hiram Hutchinson introduced rubber to the Wellington boot. Once their feet were dry these same men were in a better position altogether to begin to develop our great nation. The census figures will show that shortly after the Wellington boots were introduced our forebears, going happily to bed with toasting toes, and no bunions bred fine strong children to bring their bodies and brains to the development of the Irish nation.

Where would the people of the Irish nation have been without the Wellington boot over the winter months, when all kinds of weather were thrown at us. There might have been greater inventions, in World history but for the ordinary person the humble Wellington boot has been a life saver.

THE DECLINE in letter writing and sending postcards, and Christmas cards is a victim of the times we live in according to the experts. It is to be regretted as it affects the older generation who grew up with the practice far more than any other age group. When I was growing up the arrival of the letter was greeted with great anticipation and much joy. It was a time when the only phone was in the Post Office in the nearby village. It was long before the arrival of house phones, mobile phones, texts, and e-mails. It is difficult to appreciate now but the letter was very much the only form of communication between people who lived apart at home or overseas. The letter was king in that age of communication, and very much part of the fabric of rural life.

I had an aunt who lived in Birmingham, England in those days, and she wrote home regularly to her mother. Dan was our local postman at the time, and he travelled by bicycle, over bad rural roads, along his daily route. We lived in a passage and when he was approaching around midday he would whistle, and we would go out to meet him. He was very friendly and would always have some new news item of interest to converse with us.

The sense of anticipation heightened as the named receiver slit the top of the little blue envelope. I recall the envelopes were always blue in those days, with the Queens photo on the stamp, and the notepaper modest and simple. The neat writing was done in blue or black ink and read and discussed with other family members. The news was always cheerful as she described her work and lifestyle in a busy city far removed from a slow-moving townland in rural Limerick. A reply was written and sent back within a week with all the local news, and the cycle continued until she returned to live at home.

Radio Eireann even had a programme called "Dear Sir or Madam" which was devoted to people sending in letters and receiving prizes for the quality of its content. It was presented by John O'Donovan a journalist with the Irish Press, and a playwright.

Letter writing has become a victim of our modern world of instant communication of computers and smart phones, the modern way of contact. So much of what we have to say to what another now has been reduced to text speak, a language that no doubt serves its purpose now and then, but that is often so abbreviated it seems almost garbled. I wonder what the great satirist Jonathan Swift, would have made of it.

Recently I received a couple of handwritten letters, which brightened up my life, and gave a lift to morale. The beauty of a letter is that you can hold it physically in your hand and revisit its content whenever you wish. Texts and emails seem informal and never stir the emotions the same way. My generation grew up in an age when the written word within an envelope was king. We still look forward to a handwritten letter or card especially at this time of year. As the saying goes you cannot write a phone call.