New Limerick walkway is a big hit, so let's make more of them 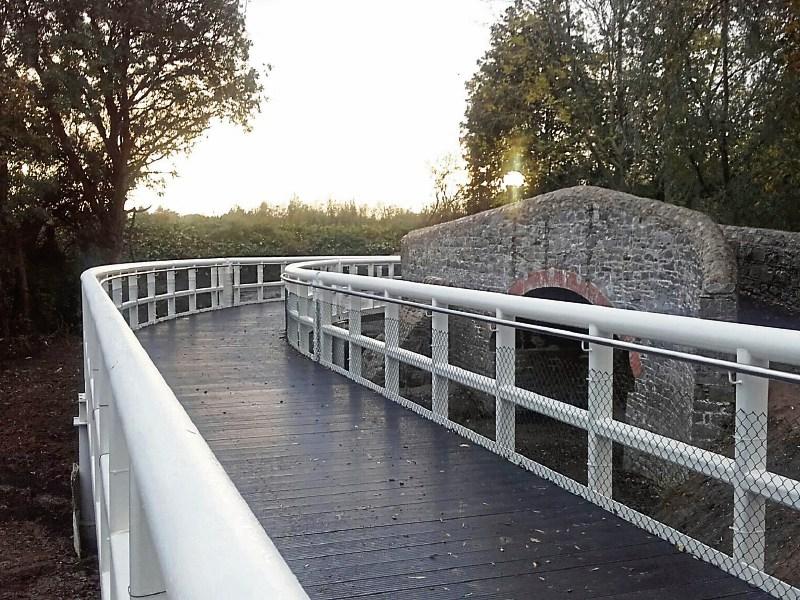 IF SOMEONE were to ask you to differentiate Limerick in some way, what would you say?

This is a question that I have pondered for some time. I think I finally found my answer on Sunday afternoon.

A few weeks ago work was completed on the upgrade of the city to University of Limerick cycle and walkway.

There was no major ribbon cutting event; no bells and whistles and for that I am glad.

What we now have on our doorstep is a remarkable beautiful transit route between two key destinations in our region.

You don’t see cars. You struggle to see houses. What you do see is a world of natural beauty located only five minutes from the hustle and bustle of Limerick life.

Occasionally you will see a crew from the UL boat club disturb the calm waters of the Shannon. Inquisitive swans will glide towards you in anticipation of a crust.

You smell fresh air. You forget the world you left just moments ago and somehow become transfixed by the freedom and sense of calm.

This, for me, is what differentiates Limerick.

On Sunday as I walked my dog along the new route we were greeted by literally hundreds of families either cycling or walking along the route. Fishermen stopped for a chat.

Almost everyone smiled at each other and commented on the great work done by the local authority.

When I told people about this new addition to our city’s infrastructure a few weeks ago, people questioned the safety.

Many didn’t even know such a route existed. I cursed myself for not keeping the secret to myself.

I find it hard to think of any other city where one could leave the heart of the retail centre and find yourself immersed in such beauty moments later.

Limerick is slowly but surely becoming a city that is embracing the Smart Travel concept.

The work that is being done behind the scenes in the local authority is investigating more and more ways to make Limerick great in this regard.

Just take a map some day and look at our city centre from above.

It doesn’t take a genius to realise the potential we have in this city to recreate the fantastic work done on the UL route at numerous points around the city.

As we now consider how our city and its suburbs will take shape into the future I believe we have a unique opportunity to develop a city that works around what people need.

The happy faces I see on the canal walk are testament to the fact that human nature needs and deserves recreational facilities that promote human interaction.

Limerick has parks, unique walking tracks, a majestic riverside route and old rail tracks that, with a bit of creative thought, could transform our city centre into the most attractive living centre in Ireland.

Here’s hoping for an Irish Rugby World Cup in 2023

The official Ireland 2023 Rugby World Cup bid was launched this week with a fantastic marketing video, narrated by Liam Neeson, going viral shortly after its release.

Thomond Park stadium is included as one of a number of stadia included in the national bid.

The bid has the backing of both Governments north and south, through the provision of financial, infrastructural and services supports.

The selection process will run from now until November 2017, when World Rugby will decide on the successful candidate to host the 2023 Rugby World Cup.

During that period a detailed technical evaluation of the candidates will take place, with final proposals being submitted in June and a presentation to World Rugby scheduled for October.

Limerick city centre is set for something a little bit special this Christmas.

Local sign painter Tom Collins, well known for his work on the Love Letters from Limerick project, has teamed up with Limerick-born artist Martin Finnin to create a series of Christmas windows with a difference.

The two artists will bring their unique style to a number of city premises on November 23 and 24.

The project, ‘Martin and Tom’s Alternative Christmas windows’ has been commissioned by Canteen, Sage, Bean an Ti, The Hunt Café, Hook and Ladder and Niki O’Connell Montessori to create a quirky, playful artistic take on the  traditional Christmas window.

Customers will have the opportunity to support the project, with proceeds going to  Limerick suicide prevention volunteer groups.

Apart from a stint as an apprentice bee-keeper and a tea boy on many London building sites, Limerick native Finnin has been working as a full-time artist since he had his first show in a gallery in Mexico aged 20.