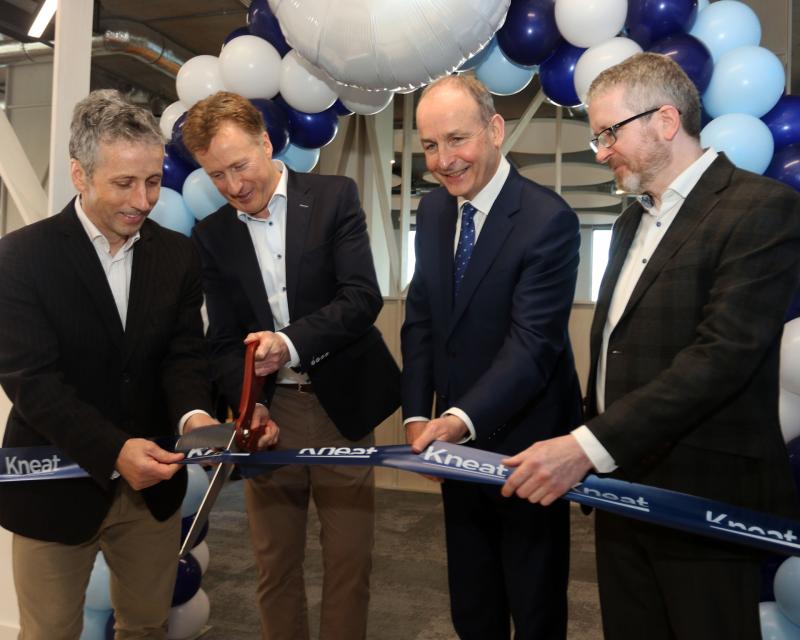 LIMERICK has received another boost this Friday with confirmation that software company, Kneat, is to create 100 new jobs by the end of this year.

The formal announcement will be made this evening by Taoiseach Micheál Martin when he attends the official opening of Kneat's new 13,000 square foot office at Hawthorn House at the National Technology Park, Castletroy.

The Canadian company says the new positions will be focused on Sales & Marketing, Research & Development, and Customer
Success, bringing its total number of staff in Limerick to over 300.

The company, which develops cloud-based software solutions for the Life Sciences industry, counts seven of the world’s top ten biopharmaceutical companies as customers.

Earlier this Friday, the Taoiseach visited the Analog Devices facility in Raheen where another significant jobs announcement and investment was announced.

Founded in Limerick in 2007 by pharmaceutical and IT industry experts Eddie Ryan, Kevin Fitzgerald and Brian Ahearne, Kneat has seen record growth in recent years.

“As a Limerick man I have a deep connection to the people and the city of Limerick, which is why I’m very happy to share the news today that Kneat is announcing up to one-hundred new jobs to be filled over the coming year,” said Eddie Ryan ahead of the official opening ceremony.

Today’s jobs and new facility announcement are the latest in a list of milestones for the growing business, which ranked third in the Deloitte Technology Fast 50 Ireland Awards in December 2021.

In November, the company up listed from the Toronto Venture Exchange (TSXV) to the Toronto Stock Exchange (TSX) and closed a Public Equity Financing of over 20 million Canadian dollars earlier in the year.