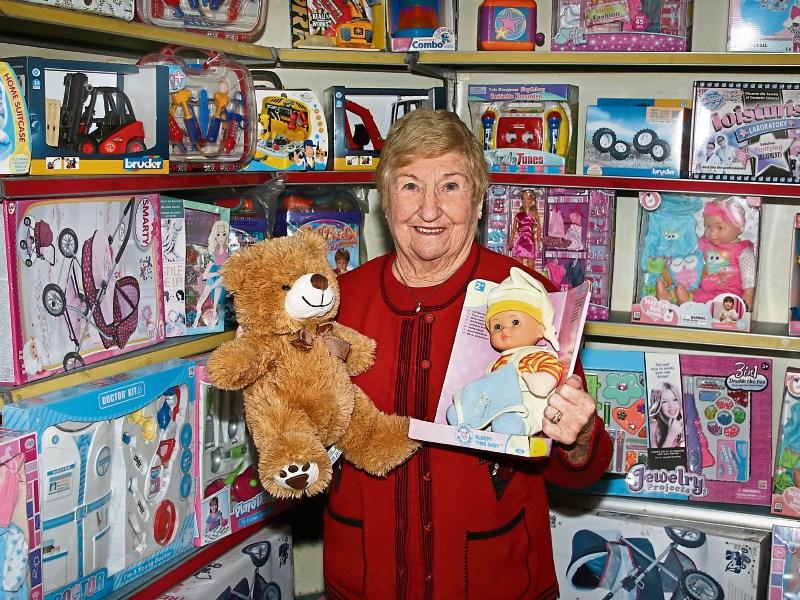 Mai Roche and her Toy Shop in Abbeyfeale will feature on RTÉ One television at 9.30pm this Wednesday | PICTURES: Adrian Butler

She has, she admits, a particular grá for tractors. “I am here selling tractors all the time. I love them,” she declared, in advance of appearing on a new TV documentary The Toy Shop which goes out on RTÉ this Wednesday.

Big tractors, she added, with some satisfaction, are her biggest seller and she is delighted that now, girls are getting in on the act with pink tractors. She also noted, with great pleasure, that business is more-or-less an all-year-round affair. 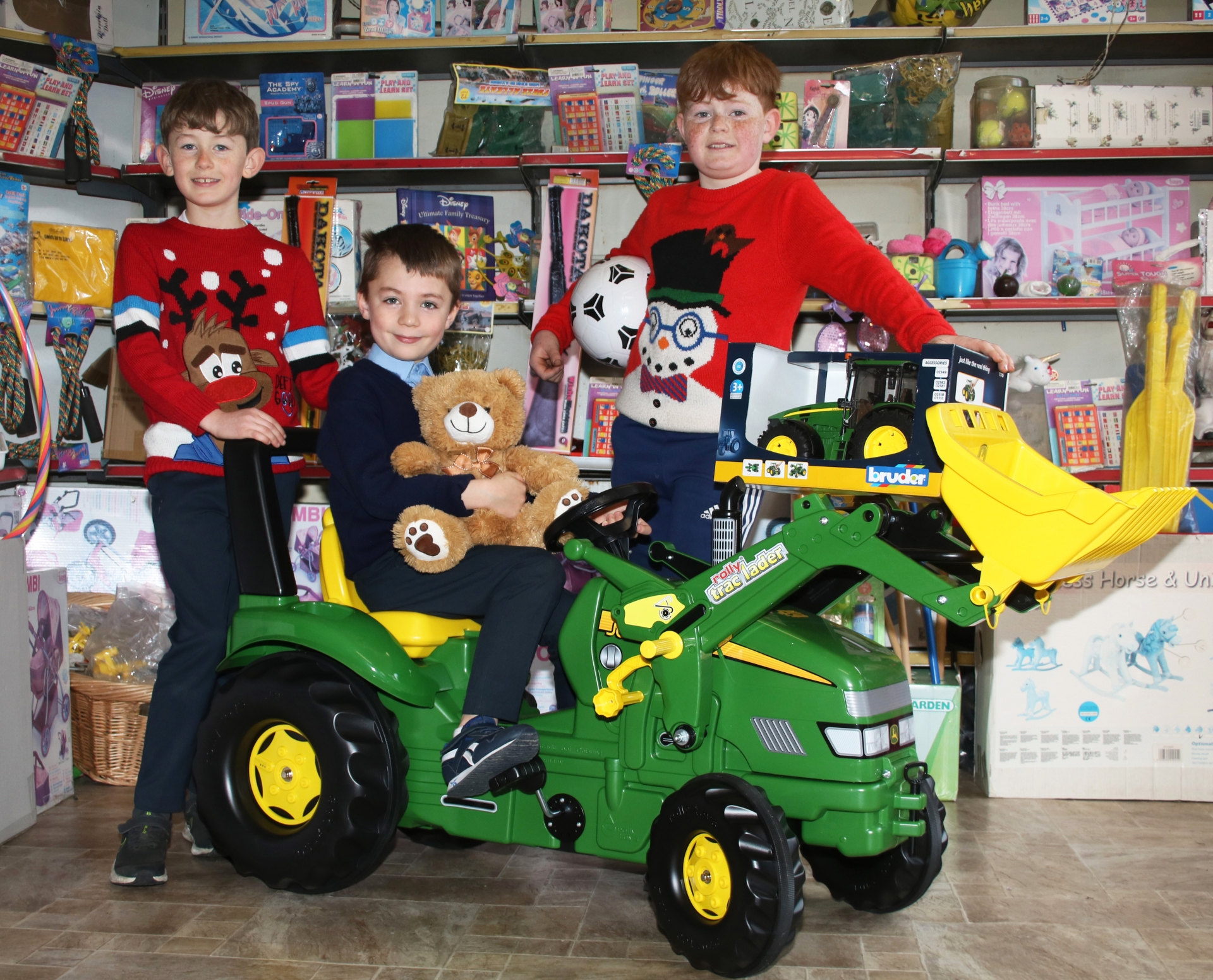 Above all, there are loyal customers and loyal suppliers to be minded. “I still deal with the same crowd and I have great customers,” she explained.

And, unlike large-scale toy retailers, Mai can offer her customers the chance to put money aside, week after week, until a toy is fully paid for.

Mai’s toy wonderland, however, started out somewhat differently. In 1959, as a young woman, Mai Dempsey, arrived in Abbeyfeale from Clonard, County Meath to take up a job in what was then Dan Ward’s pharmacy.

She was due to return home after three years but instead met and fell in love with Michael Roche, a local farmer. They moved into the premises in Church St, which was, Mai recalled, a licensed premises at the time.

Known as The Shebeen, it was also a grocery and sold some toys.

Later, the license was sold and Mai, the mother of six sons and one daughter, decided to specialise in toys. “I opened the toy shop a long time ago,” she laughed. It was a case, she said, of having “an interest”.

That interest has kept her happy and contented for many years now and she has no plans to retire. “I am fit and able I am ok. The memory is good all the time,” she said.

Only when she finally closes her eyes, will the shop go on the market, she declared. Her children, she added, are all living locally but have gone their own way.

Mai’s shop is one of 16 independent toy shops from around the country to feature in The Toy Shop documentary. It is, the programme makers say, a story about the fundamental and underestimated role of toys in all our lives, and the role they play in shaping our lives and making dreams come true.

It dips into the memories of owners and young customers and captures the joy and excitement that toys ignite.

Mai was happy to be part of the programme. “It was something different,” she said, recalling that she was selling a tractor to a customer when the film crew arrived.

The Toy Shop is an Atom Films production, a company which is no stranger to Abbeyfeale. They made the ‘Abbeyfealegood’ programme as well as Older Than Ireland and The Irish Wedding.

The Toy Shop goes out on RTÉ One this Wednesday, December 22 at 9.30pm.