Limerick man to live in house he ‘broke into’ 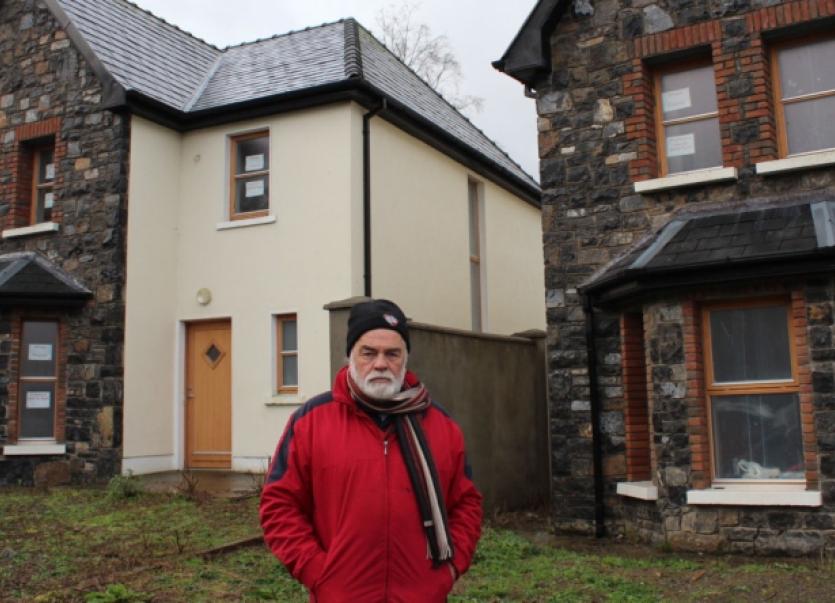 One of the strangest stories of 2013 was a Limerick man who “broke into” his own house in a ghost estate.

One of the strangest stories of 2013 was a Limerick man who “broke into” his own house in a ghost estate.

There had been a long-running battle to live in his house. They were not allowed into their homes because there are no services to the estate. The builder ran into financial difficulties. AIB appointed KPMG as receivers.

The grandfather of seven decided to enter the house because he was at the “end of his tether” and was “getting nowhere”.

“I went in to the garda barracks with my title documents and I told them I was going in to my own property.

“I showed them my title deeds. I didn’t want to break any law. I asked the agent for the keys of my property. He said he didn’t have them which is what I expected,” said Mr Ryan, at the time.

Gardai confirmed they won’t seek Mr Ryan’s removal from the home as it is a civil matter.

“I didn’t break a window, I was shown how to do it. I went in a window, then I went in to my son’s house,” said Mr Ryan.

The story made national headlines and Mr Ryan told the Limerick Leader he was in it for the “long haul”.

We checked back with Mr Ryan just before Christmas and he hopes to be living there permanently by the end of February. He has been paying almost €1,400 on a mortgage for the past four years on the house he bought for his wife, Breda, to enjoy their retirement in.

“We are still in the same position, we have taken the houses, the bank have not in any way tried to do anything or the receiver. I’m going in, I am working on the houses. I have one completely tiled, the three bathrooms are done, I have all the hallways, dining area, kitchen, utility room all finished. I’m starting on the second one,” said Mr Ryan.

At the start somebody was staying in the houses but now he comes and goes.

“The security people, they have been shouting and roaring at us all the time but then you must understand that they have a job to do too.

Another development is that services have been supplied to the site.

“When I went on television and said I would bring in the machinery and give myself the services. The next thing, I was away on a bit of business and my son rang me to say ‘Dad, you’re not going to believe it there is machinery on the site’. They provided right up to my door water and sewerage,” said Mr Ryan.

The only hold up is with the plumbing and electrics in the houses but once that is sorted Mr Ryan hopes to be living in the picturesque village permanently.

“If AIB and KPMG want to contest my right to remain there, they can take me to court I want it to go to court and I look forward to my day in court,” he said. But Mr Ryan says he hasn’t heard from the bank or receiver.

“I wanted my day in court. That’s what I wanted, but they didn’t give it to me,” he said.

AIB has said it would not be making any statement as it does not comment on individual cases.