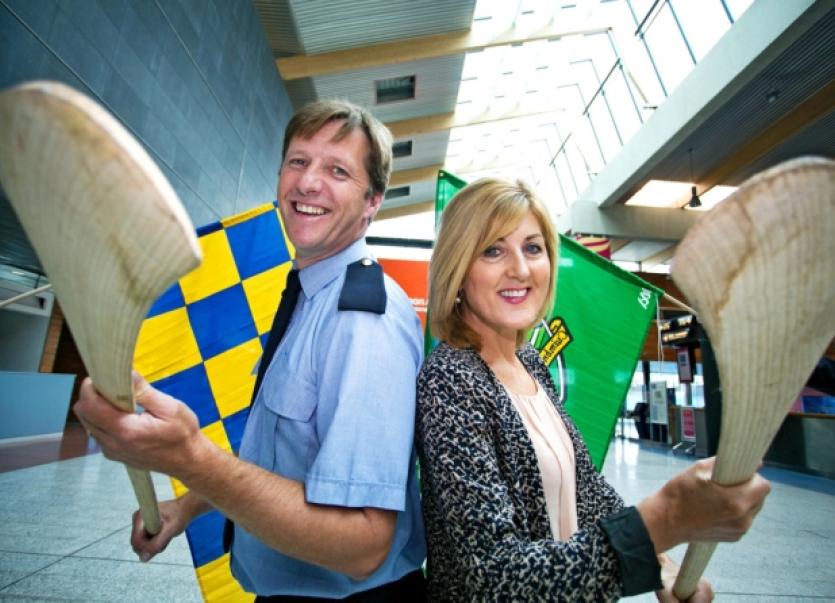 SHANNON Airport is the perfect gauge for the fever-pitch build-up to the semi-final between Clare and Limerick.

SHANNON Airport is the perfect gauge for the fever-pitch build-up to the semi-final between Clare and Limerick.

The airport may be sitting in Clare but staff loyalties are split for sure this week as the most important game ever played by the counties against each other is just around the corner.

The airport has had plenty of association over the years with GAA in both counties, right up to the current day as Alan Neville, a member of the Clare All-Ireland winning squad of 1995, a member of the Airport Police Fire Service.

“There’s great banter here at the airport this week. We probably outnumber Limerick people in terms of staff but that doesn’t stop them being heard,” he joked.

“There will be great fun and games here all the way to Sunday but I don’t think supporters of the losing side will be looking forward to coming into work on Monday. There has to be a winner and I just hope it’s Clare.”

Neville is not alone an employee at the airport but also has great memories of Shannon from his county’s All-Ireland victory of 1995.

“We used to fly up for big games and I will never forget what it was like when we landed here after the final in 1995. There was never as many people crammed into the airport as there was on that night. It was amazing.

“But we have not experienced anything like this before between the two counties. Clare and Limerick meet regularly but never with so much at stake as next Sunday.”

Not to be outdone, Limerick fans are making their voices heard at Shannon also this week.

Sandra Marsh, Aer Lingus Duty Manager at Shannon, was PRO for Limerick GAA for much of the 1990s and says the rivalry is building nicely in the run-up to Sunday.

“There’s a great relationship between Limerick and Clare and you see that at the Airport. People will be slagging each other all week but at the back of it there’s great respect. We live and work here together and share so much time at Shannon but come Sunday you’ll know who’s supporting who.”

“That’s the great thing about the GAA. You can have all the rivalry you want but at the end of the day it you remain friends. But the friendship will be all the better at our end if Limerick win on Sunday,” she laughed.