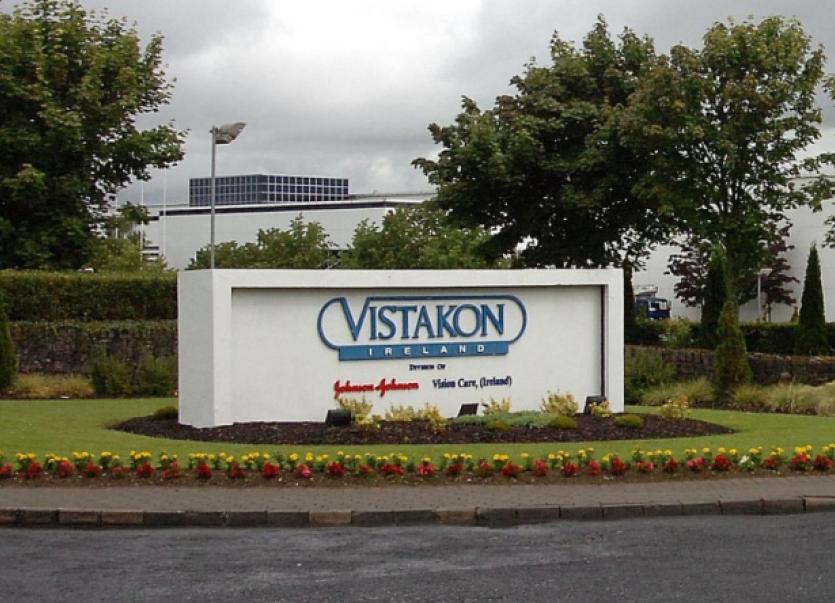 MORE jobs are on the way to Limerick after one of the city’s biggest employers announced plans for an expansion which will bring 200 construction jobs.

MORE jobs are on the way to Limerick after one of the city’s biggest employers announced plans for an expansion which will bring 200 construction jobs.

Vistakon is expanding its manufacturing facility as part of a €100m investment at Plassey’s National Technology Park.

The move will see the jobs created over an 18 month period, and has been warmly welcomed by Finance Minister Michael Noonan and Education Minister Jan O’Sullivan.

“Vistakon Ireland has been a highly respected employer in the Mid-West region for over fifteen years. All the Johnson & Johnson companies in Ireland have an extensive network of Irish suppliers for goods and services, all of which contribute significantly to the Irish economy,” Mr Noonan said.

Johnson and Johnson, trading as Vistakon designs and manufactures disposable contact lenses. Established in Limerick in 1996, Vistakon is one of several J&J companies operating in Ireland.

The building jobs come as a boost in a sector which has played second-fiddle to high-tech jobs in recent times here.

Councillors approved plans to build more than 100 homes in Moyross this week as part of the ongoing regeneration programme.

Dr Mark Benson, the vice-president of consumer medical devices in Johnson & Johnson said: “Limerick was chosen for this strategically important investment because of its track record over many years in providing quality products and excellent customer service to markets around the globe.”

Fine Gael TD Mr O’Donnell added: “Vistakon is embedded in the economy and life of Limerick. The consistency and sheer scale of the Johnson & Johnson group’s investment here is testament to the calibre of the workforce and the environment in Limerick.”

There were also welcomes for the announcement from Finance Minister Michael Noonan and Education Minister Jan O’Sullivan.

Mike McNamara, who chairs the Limerick Trades Council, and is a member of the Building Allied Trade Union (BATU) welcomed the announcement, but urged the contractor to hire locally and stick to registered agreements.

“There are plenty of long term unemployed people in the region across the spectrum of the construction industry, and we would ask these people would be considered for these jobs,” he said.