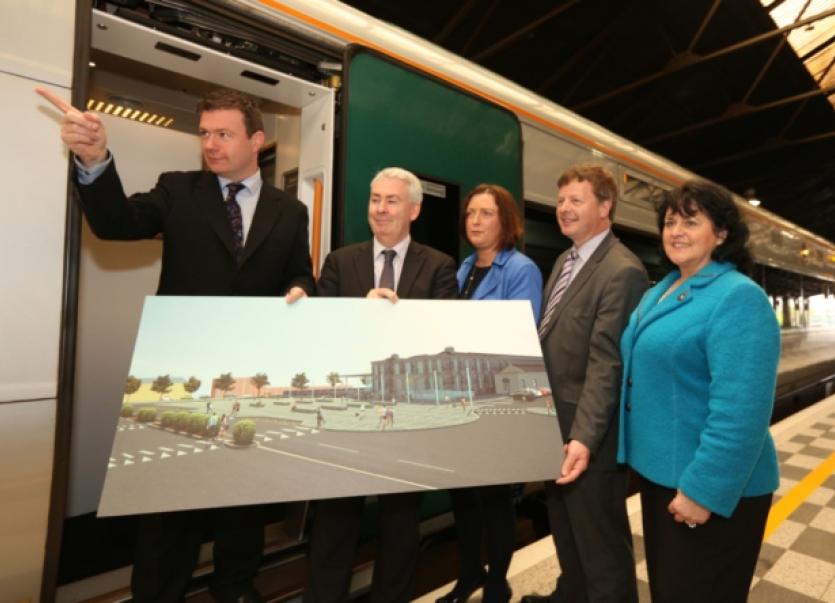 PLANS for a €16.8m redevelopment of Colbert Station have been described as “transformational” by the city and county manager.

PLANS for a €16.8m redevelopment of Colbert Station have been described as “transformational” by the city and county manager.

Minister of State for Public Transport Alan Kelly has unveiled the long-awaited plans set to modernise the gateway into Limerick city for tourists and locals alike, including proposals for a €3.5million pedestrian plaza.

City and county manager Conn Murray said the plans are part of a wider project, under Limerick 2030, “to guide the economic, social and physical renaissance of Limerick city and the wider Mid-West region.”

“For many visitors, Colbert Station is the ‘shop window’ for Limerick and this major development will enable it to be a real centrepiece for the city greatly enhancing the user and visitor experience,” he said.

Subject to planning approval, the project will be completed on a phased basis with funding allocated over the next eight to ten years and could create up to 100 construction jobs. The plaza, which will form phase one of the development will be completed within three to four years. The train station’s existing toilet block will be demolished to make way for a new bus station, with the current bus station being converted into the access area for a new 235-space car park.

The project will also see a significant refurbishment of the interior of the station with new finishes throughout and provision of a new ticketing office and retail units.

Minister Kelly said the project would give the station and the city a huge boost. “The station is in need of investment and the creation of a pedestrian plaza at the front of the station facing the city-centre will provide a new civic space for the people of Limerick while dramatically improving the aesthetics of the area. I can see it becoming a real focal point of the city in time. The plaza is the centrepiece of the works and will open up the station to the entire city,” he said.

The plans were prepared by Irish Rail in collaboration with Bus Éireann, Limerick City and County Council, and the National Transport Authority. Colbert station sees about 2,500 rail passengers a day serving four rail routes, while Bus Eireann services about one million passengers a year with 125 buses departing each day. The proposals will be submitted for planning in the coming months and will be funded through the Regional Cities programme.