Brothers of Charity Limerick do not anticipate service cuts in 2014 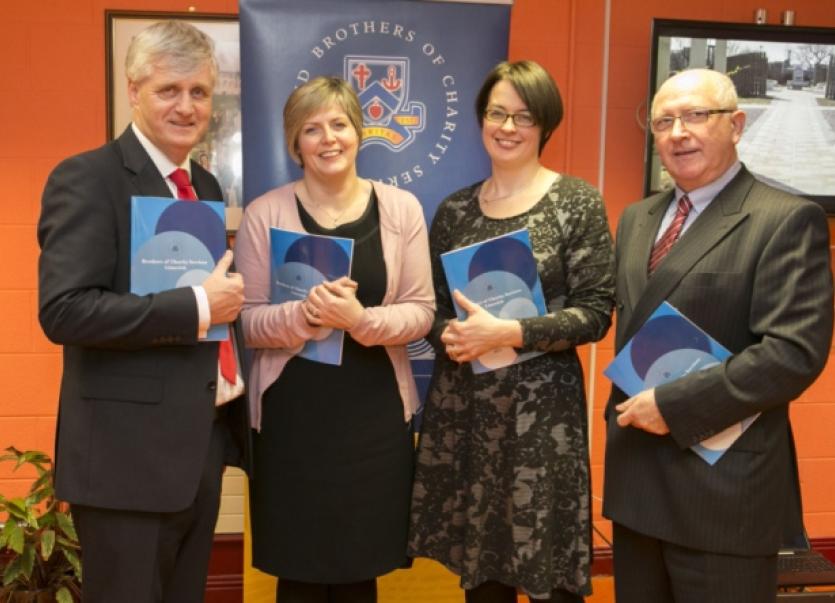 NO cuts in disability services are planned at the Brothers of Charity in Limerick this year, director of service Norma Bagge said as the organisation announced its service plan for 2014.

NO cuts in disability services are planned at the Brothers of Charity in Limerick this year, director of service Norma Bagge said as the organisation announced its service plan for 2014.

The service expects to be allocated €25.2 million by the HSE, the same as in 2013. While this is down from the €28.4 million allocated only six years ago, Ms Bagge said service users would not face any cuts in residential, day or respite services.

The Brothers of Charity in Limerick faces the additional challenge of paying increments to staff under the Haddington Road Agreement, the pay rises to be met from within its top-line allocation.

The Limerick service had taken the step of publishing its plan for 2014 in order to be more accountable to the HSE, the taxpayer, the people it serves and their families.

And while accountability in health organisations funded by the HSE has been a matter of public debate given the Rehab and CRC controversies, Ms Bagge said the decision to publish its plan was coincidental to this.

“We have refined this document over many years and we want to share it. Absolutely, compliance is very important. It is very important that we are accountable and this is a way of demonstrating that and that is very positive. I think the timing is coincidental but at the same time, yes, it is perhaps informed by that,” she said.

The Brothers of Charity in Limerick has been given a clean bill of health in terms of the compliance of senior management salaries with public pay guidelines and in relation to its fund-raising activities.

And by June of this year, the various services run by the Brothers for people with intellectual disabilities around the country, will be consolidated into a single national company. If this “streamlining” meant more money could be found to spend on services, all the better, Ms Bagge said.

The Brothers of Charity plan outlines progress on a number of capital works as it continues to develop and expand facilities across Limerick city and county away from Bawnmore.

It is anticipated that the West Limerick Children’s Team Base in Newcastle West - having been delayed by a malicious fire last August and the storms during February - will open later this year.

“We have a lot of multidisciplinary staff supporting children with disabilities - between the ages of nought and six for early intervention and from six to 18 for school age children. At the moment they are in inappropriate accommodation and they are about to go into purpose- built, accessible accommodation within the Desmond Complex where they can access specialist services like physiotherapy, occupational therapy, psychology and so on,” Ms Bagge explained.

Plans will also progress during 2014 on three new bungalows in Pallasgreen to accommodate 12 residents of Bawnmore, a project that is being facilitated by a €1 million grant from the JP McManus Foundation.

“It will have to go through a tender process and it could be another couple of years before we see real movement but it is progressing. The ambition is that Bawnmore residents will move there, reducing the numbers in Bawnmore, which is a positive,” Ms Bagge said.

Bawnmore is regarded as a large congregational setting which the government wants to phase out. Some of the buildings there date from the 1970s and the organisation faces a challenge in adapting the accommodation to HIQA regulations that came into effect for the disability sector in November.

“While we accept and embrace what government is saying, we are saying that while that is being done over many years, we will need to invest in the Bawnmore property in the meantime so that people who remain there have good high quality accommodation. We are doing some significant structural work there, the estimated cost of which is €1.2 million,” Ms Bagge explained.

“I think HIQA will work with us, accepting that we have come from a particular place and that we are moving forward.

“But it is also important for us that an independent body is looking at us and making that judgement.”

Asked whether Bawnmore was considered overcrowded according to the HIQA standards, Ms Bagge said there were still a number of adult residents sharing bedrooms, which was considered unacceptable.

“They want privacy and they want dignity, which we want for them as well. So we are doing the best we can given where we have come from. Back in 2001 we had 140 people living in Bawnmore and today we have 87. We have reduced the numbers considerably but we still have people sharing bedrooms. Not a lot but we still do. Toilet facilities and sanitary facilities also need investment. We have been doing that but in the context of significant cuts so it has been very challenging,” Ms Bagge said.

The organisation is to focus on five key goals during 2014. These are ensuring services are person-centred; developing a framework to comply with the HIQA guidelines within three years; progressing the model of service delivery it is adopting at the Desmond Centre; using its resources more efficiently and more effective communication with service users, their families, trade unions, staff, the HSE and the Brothers of Charity fundraising group.