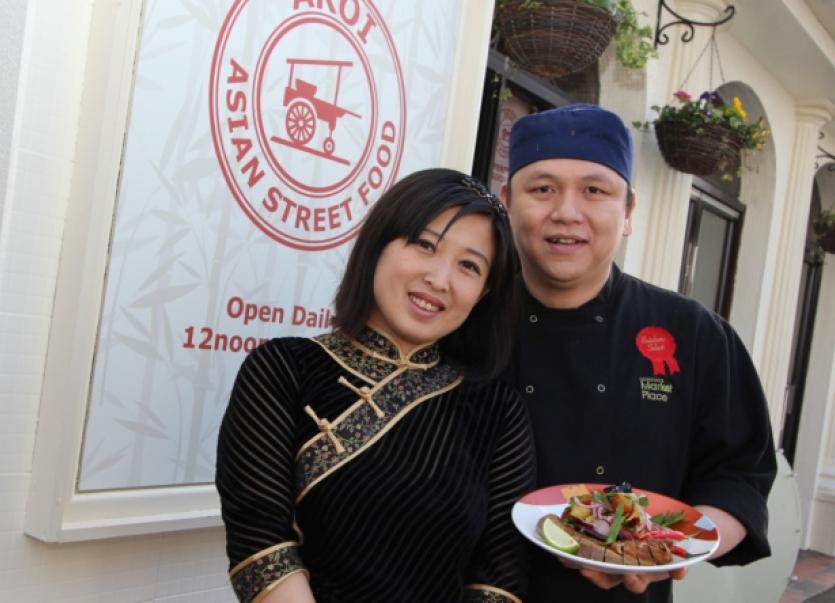 A NEW restaurant offering Asian street food has opened at a landmark building in the heart of Limerick city.

A NEW restaurant offering Asian street food has opened at a landmark building in the heart of Limerick city.

Aroi Artisan Street Food has opened at No 1 O’Connell Street, a building formerly occupied by Peckish and the O’Connell Grill take-away.

It offers food inspired by that served on bustling streets in cities across Singapore, Malaysia, Thailand and Vietnam.

It has been opened by Malaysian chef Eddie Ong Chok Fong, who moved to Limerick with his wife Jenny.

“I have lived in many cities and have chosen Limerick to open my restaurant as Limerick people are so well travelled and are very adventurous when it comes to food, many have been to Asia so now I want to bring Asia to them,” he said.

Eddie has lived in many countries across Asia, including Thailand, where he began preparing authentic street food with his mother and grandmother.

As on the streets of Bangkok, diners in Aroi can order a range of dishes and share everything, including yellow fish curry, lotus salad, duck rolls, and fish cakes.

Eddie says they have had a great reaction since opening two weeks ago.