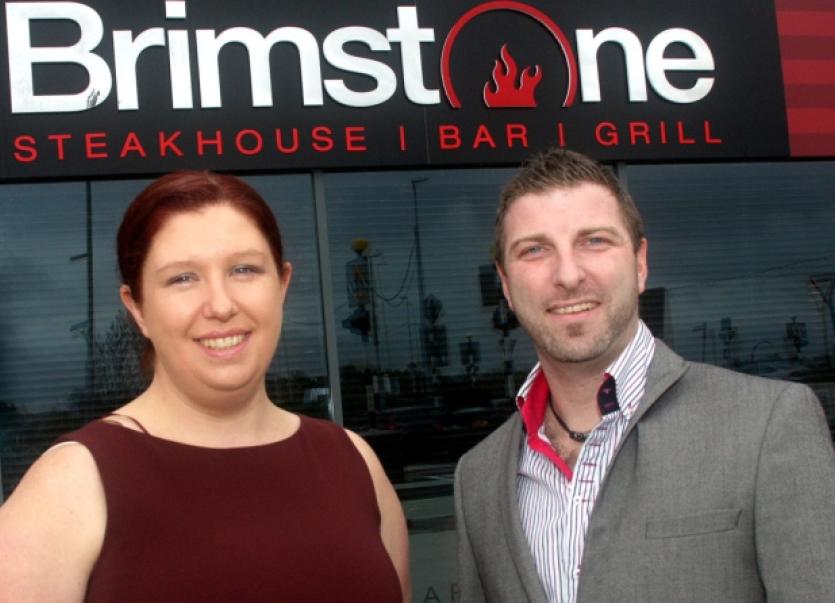 THE restaurant in one of Limerick’s most iconic buildings is back in use, with the opening of a new steakhouse.

THE restaurant in one of Limerick’s most iconic buildings is back in use, with the opening of a new steakhouse.

Local restauranteur Keith Hennessy has joined up with Jacqueline McMahon to open Brimstone in the unit at the bottom of the Riverpoint complex in Bishop’s Quay.

The restaurant - previously home to Harris’ Bar - has been empty since another eaterie, the Glass House closed earlier this year.

However, Keith - who runs the Red Onion in Hartstonge Street - said the opportunity to move into the Riverpoint was too good to turn down.

Fifteen new jobs have been created since opening, and this is likely to rise to around 20 come the busy Christmas period.

Unlike many city restaurants, he anticipates it will convert into a late-night chill-out bar as the night goes on.

With 115 seats, he also wants the upstairs of the complex to be used as a function area at times.

“When this place came on the market, myself and Jacqueline came out, and had a look at it. We just had a vision of this place having weddings, functions, with a live band in the corner. There is so much potential in this building, because it is the first point of contact from Shannon, and anywhere over the bridge,” he explained.

Both Keith and Jacqueline have big plans for Brimstone: they think the unique selling point of the restaurant is going to work in their favour.

Keith argues that people do not opt to go to one particular restaurant - they seek a single type of cuisine.

“We wanted to open something in Limerick which is not here already. We are going from babies, just coming in the door, to one of the top five restaurants in Limerick, because we have an identity,” he explained, “We are not just going to be another name in Limerick. We want to be the name in Limerick.”