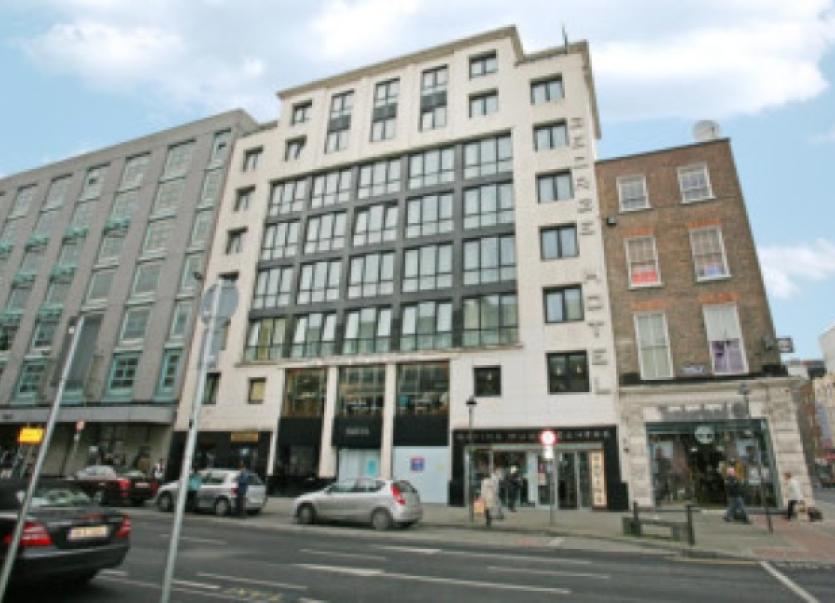 DEVELOPER Aidan Brooks no longer lives in Limerick, but it appears he had his finger on the pulse by disposing of one of his most valuable assets in the city just before the economic crash.

DEVELOPER Aidan Brooks no longer lives in Limerick, but it appears he had his finger on the pulse by disposing of one of his most valuable assets in the city just before the economic crash.

The city’s landmark George Boutique hotel, developed by Brooks as part of a wider €25m renovation and sold in 2006 for €16m, has now come on the market for just €3m - less than 19% of its estimated worth eight years ago.

Now running his international property operations from Mayfair in London, Brooks of Tribeca Holdings, refurbished and developed the prime site before selling it to some 55 investors, largely based in Dublin.

Savills Cork and DTZ Limerick have been appointed as joint selling agents, and are guiding a price of just €3m for the luxury three star hotel, which opened in 2006.

Within hours of it going on the market, there were over 20 expressions of interest from Irish and American buyers, according to local sources.

The selling agents Isobel O’Regan of Savills and John Buckley DTZ Limerick said “this hotel is in excellent condition, is trading profitably and is well positioned to capitalise on the strong recovery being experienced in the Limerick hotel sector at present”.

Located on the city’s main thoroughfare, it is laid out over eight floors and comprises 124 bedrooms.

There has been a notable increase of activity in the Limerick hotel market over the past 18 months. The heightened interest in Limerick’s hotels is reflected by figures from Trending.ie which show that RevPAR (Revenue Per Available Room) in the city increased by seven per cent last year.

Jury’s Hotel in the city has been rebranded as the Limerick City Hotel after going up for sale last November for €3m as a going concern and McGettigan’s bar is due to open in the city centre hotel in the coming weeks.