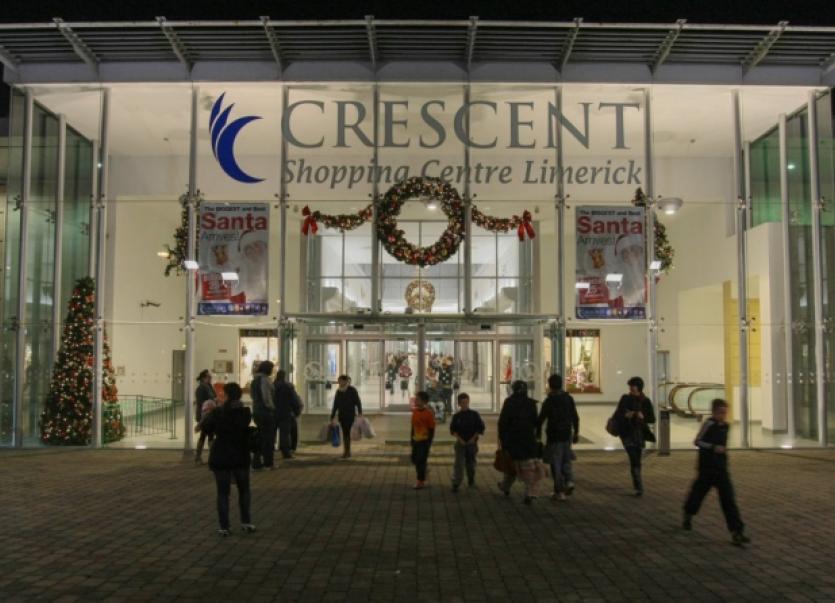 FOR the first time in its 40-year history, the Crescent Shopping Centre is to open this St Stephen’s Day.

FOR the first time in its 40-year history, the Crescent Shopping Centre is to open this St Stephen’s Day.

But the move has left many independent retailers unhappy about having to open on what is traditionally a day off.

Retail Excellence Ireland has said December 26 is one of the busiest trading days of the year.

And after surveying its tenants, management at the Dooradoyle centre have taken the step to open from midday until 6pm.

The majority of the centre comprises of British multi-national chains like Tesco, Argos, Boots and Mothercare.

Smaller retailers feel the move has been dictated by the many large multi-national companies in place at the centre - and they feel uncomfortable at having to open the day after Christmas.

It is understood that under the terms of many shop’s leases, if the centre opens, then all units must follow suit.

“It’s fine for the multiples, because they run their business with part time staff, whereas our type of operation is dependent on the same people. We are all knackered come Christmas Day: the build-up from the end of December, and all the late nights take their toll on you,” one independent retailer said.

Another trader added: “Obviously, we are not happy about it. But if the centre wants to do it, we don’t have much choice. I think we knew it was going to happen eventually.”

Brendan Maher of the PaperView newsagent in the centre, added: “It was probably inevitable. It had to happen eventually. We have to take every opportunity necessary”.

Centre manager John Davitt said: “We had to make a decision based on tenants requirements. Tenants would like to open, so we said we would accommodate them.”

Meanwhile in the city centre, it looks likely that as in previous years, Brown Thomas will open, as well as Penney’s and Debenhams on St Stephen’s Day. Arthur’s Quay - and as a result Tesco - will remain closed.

“You’re down to the wire on Christmas Eve - it’s the busiest time of the year. Then you’re turning around, and you have to have everything marked down,” she explained.