Landmark Limerick nightclub Ted’s to attract ‘a lot of interest’ 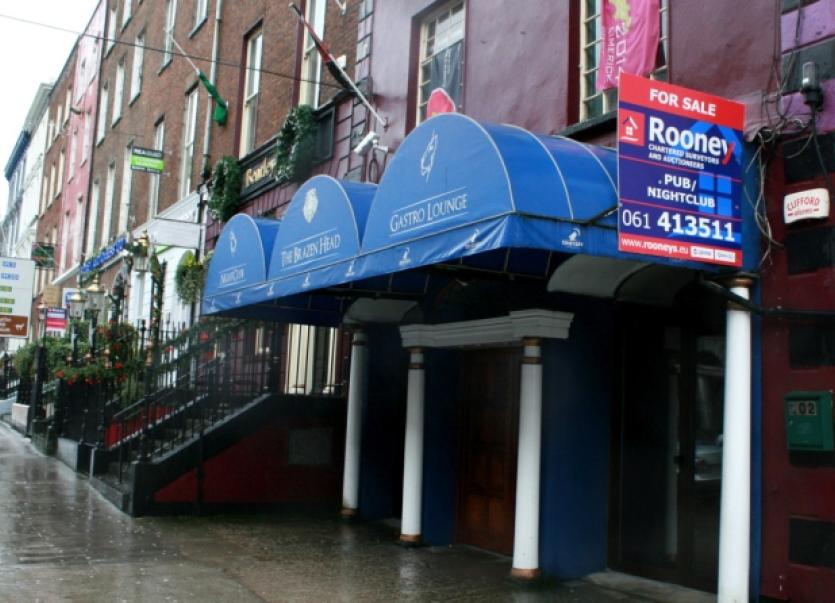 IT was one of the city’s best known nightspots, where many future matches were made. Now, the Brazen Head - home to Ted’s nightclub - is up for sale for €550,000.

IT was one of the city’s best known nightspots, where many future matches were made. Now, the Brazen Head - home to Ted’s nightclub - is up for sale for €550,000.

The famed nightclub, which was frequented by Johnny Depp and other stars who came to Limerick over its storied history, has been closed for some time and its owners are now “retiring”.

The property was put on the market this week, encompassing the ground floor of 102 O’Connell Street - the Brazen Head - and the basement nightclub, which extends from 102 to 103 O’Connell Street, under the KBC bank.

The property is expected to attract “a lot of interest” according to auctioneer Gordon Kearney of Rooneys, given the price includes a full liquor licence.

“It is what everyone would know as the old original Ted’s or Brazen Head - the ground floor and nightclub,” said Mr Kearney.

“What you have is a fully fitted nightclub and bar on the market with a liquor licence, ready to go. It is in pretty good nick, the whole place inside. Because it is a landmark building, I do think it will generate a lot of interest from people in Limerick, and also nationally and possibly international pubs and nightclub operators.

“Everyone has some sort of a connection to the good old days of Ted’s and the Brazen Head and I think it would be fantastic for Limerick for someone to get their hands on it and reinvent it,” he added.

The complex underwent a major refit in mid-2012, reopening after being closed for two years. Extensive building works, including a replacement of the iconic canopy above the door of the venue and the addition of a kitchen, took place.

Owner Frank Murray told the Limerick Leader at the time that the whole place had been “smartened up”.

The complex initially closed in 2004 after three decades in business and had opened sporadically before the refurbishment and reopening in 2012 - the year that marked 75th year of the Brazen Head’s location on O’Connell Street.

Ted’s was one of the city’s top nightlife locations for years, welcoming movie star Depp and Richard Branson among many luminaries to cross its threshold.