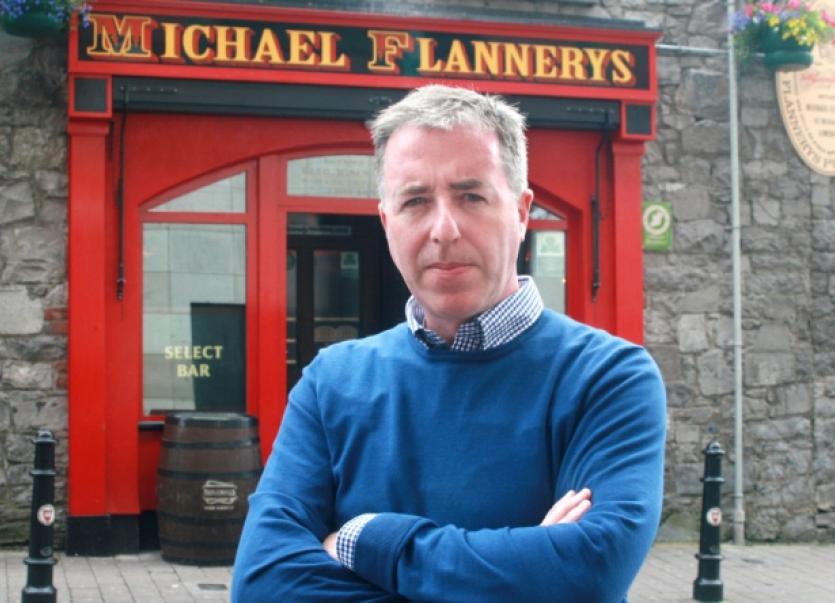 THE manager of a Limerick bar has written an open letter of complaint to AIB after the bank increased their fees for making lodgements by over 181%.

THE manager of a Limerick bar has written an open letter of complaint to AIB after the bank increased their fees for making lodgements by over 181%.

Seamus Flannery, of Flannery’s Bar on 17 Upper Denmark Street, described the increase as “unbelievable” and “absolutely astronomical”, saying he “cannot recall any business in the State that has increased its fee structure to such a dramatic extent”.

“I am angry and disillusioned with the new fee arrangement on our current account”, he said, as fees for lodgements per €100 have jumped from 16 cent to 45 cent this month.

AIB, however, told the Limerick Leader that the standard cash lodgement fee has been 45c per €100 lodged since 1986.

“However, certain business customers have availed of a discretionary reduced pricing structure for lodging cash,” they stated, adding that this is no longer available following a review of their pricing structures.

AIB said this increase will impact less than 5% of their business customers, and they have contacted those businesses to examine options to minimise the impact of this increase.

The pub opened in December 2006, and Mr Flannery said they are “doing our best to cut costs and keep the operation going.”

“Our business like so many more is going through a very difficult period that requires assistance and understanding from our financial institution. Between the closing of branches - this is our third time moving branch - and the fiasco of 30 minute queues in your branch, your organisation has shown absolute disdain and has behaved in a manner that would not be acceptable in any other service industry based in Limerick or anywhere else in the country I assume,” he wrote.

“It is disappointing that AIB Bank – a designated pillar bank – would so opportunistically take advantage of a dysfunctional banking sector without real competition to increase fees by 181%, particularly at a time when the business customers that AIB state they are supporting are having to reduce margins to attract business to meet their own obligations,” he said.