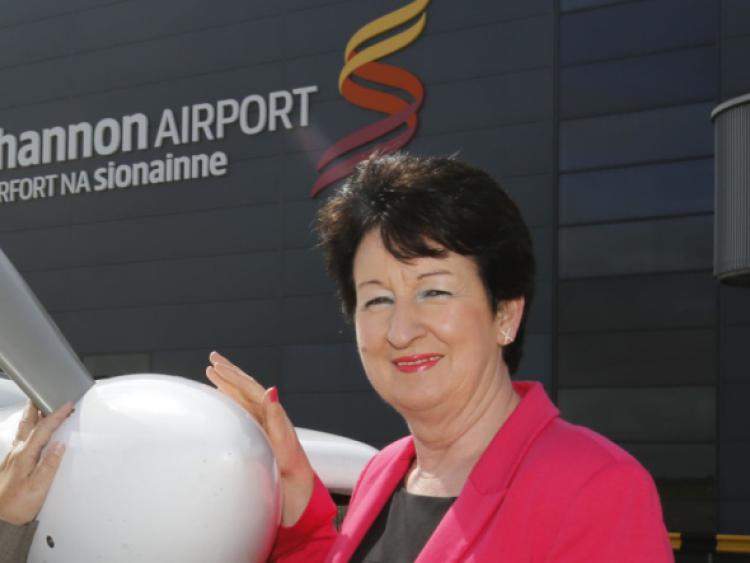 SHANNON Airport’s future connectivity has been secured, at least in the short to medium term, by legally-binding “cast-iron” guarantees secured as part of the deal to sell the Government’s stake in Aer Lingus.

SHANNON Airport’s future connectivity has been secured, at least in the short to medium term, by legally-binding “cast-iron” guarantees secured as part of the deal to sell the Government’s stake in Aer Lingus.

Reaction to the Cabinet decision to sell the 25.1% minority shareholding to IAG has been largely positive, and the deal was given the green light by the Dail by 74 votes to 51 this Thursday. Clare’s Labour TD was the only Labour TD to vote against Government plans to sell off its stake in Aer Lingus.

The general welcome for the deail is tied to the fact that concessions have been secured from IAG that connectivity in Shannon will be protected, and that Aer Lingus will continue to operate its current schedule between Heathrow and Shannon for “at least seven years, post-acquisition”.

Business leaders in the Mid-West have campaigned for several months for assurances to be given on the Heathrow slots, which were viewed as vital to the economy in the region.

“It’s a positive opportunity for Ireland, will safeguard the Shannon-Heathrow connectivity for seven years and it opens the door to further growth at Shannon,” she said.

“We are delighted that IAG has committed not only to sustain and strengthen Shannon’s existing Aer Lingus services after the takeover but also to pursue further growth opportunities from Shannon to North America. We look forward to the conclusion of this deal and to working directly with IAG and Aer Lingus to further increase passenger numbers at Shannon and offer more choice to the region.”

Finance minister Michael Noonan said that the deal “creates certainty for Shannon Airport and indeed for the region that didn’t exist previously”.

“Significantly the Shannon to New York and Shannon to Boston routes will be maintained and opportunities for transatlantic services from Shannon will be strengthened.”

Willie Walsh, CEO of IAG, explained that, if the deal is approved - contingent on Ryanair also agreeing to sell its stake - that “Ireland’s vital air links to Europe and North America would be enhanced, creating new jobs, with cast-iron guarantees on ownership of Aer Lingus’ Heathrow slots and their use on flights to Dublin, Cork and Shannon”.

The assurances in relation to the Shannon were also welcomed by Chief Executive of Limerick City and County Council, Conn Murray, which he said “support the economic viability of Limerick”.

“Shannon Airport has played and continues to play a pivotal role in the emergence of Limerick as a leader in economic regeneration and I welcome the assurances that guarantee connectivity between the Mid-West and European hubs such as Heathrow for the next seven years,” he said.

Fine Gael TD Kieran O’Donnell said the deal “provides a level of certainty heretofore missing from Shannon Airport as well as significant opportunities for Shannon and the Mid-West”.

However, independent councillor Emmett O’Brien cautioned that it might be a “sentence of death with a stay of execution for seven years” and that while the deal brings some certainty, the “language pertaining to Shannon Airport is evasive and fluid”.

The suggestion is that the airport must now “prove itself”, but it appears well placed to fight its own battles since independence, and Rose Hynes, speaking at the IHF Mid-West Tourism Ball last week said Shannon was getting on with the job of building its business.

In a barely disguised attack on recent comments by Fianna Fail leader Micheal Martin, when he described Shannon’s business strategy as “a race-to-the-bottom model” which was taking passengers from Cork Airport, she brushed off the criticism as “moaning”.

“Market share is there for everyone,” she said, to applause, added that it had to be “earned”, rather than seen as a right.

“Every airport and every business knows that. Shannon is well used to fighting its way and will continue to do so. We are used to facing down adversity. It makes us tough and it makes us match fit. It’s not easy for us in Shannon - there will be challenges but we are up for the fight. Instead of bemoaning our circumstances, like others in our business, we want to work together. Let’s work together to change that which we think doesn’t work,” she added.