Nama to offload €100m Limerick site for less than €15m 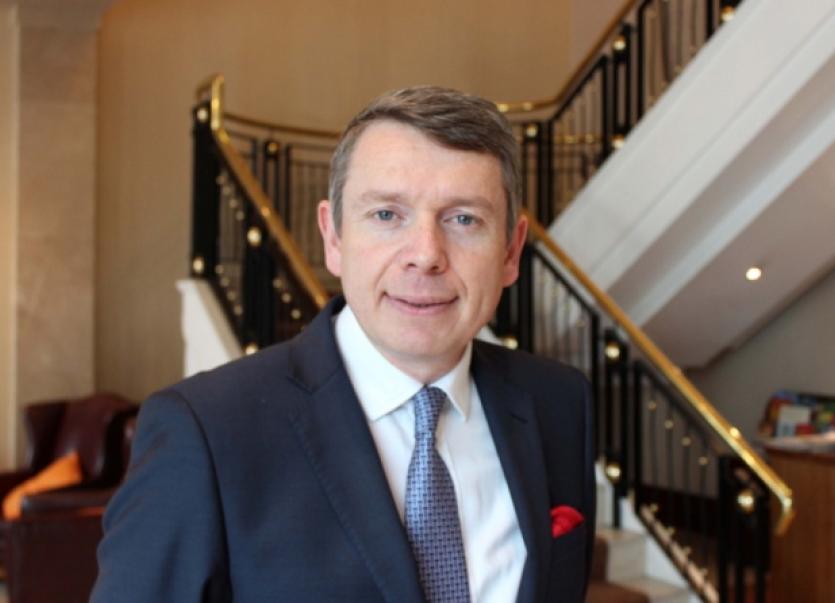 LIMERICK city’s only five-star hotel, plus more than 80 apartments and six retail units, are set to be sold by Nama for some €15m - seven years after the development cost €100m to build.

LIMERICK city’s only five-star hotel, plus more than 80 apartments and six retail units, are set to be sold by Nama for some €15m - seven years after the development cost €100m to build.

However, less than a decade on, the entire development is due to be put up for sale by the end of this week for 85% less than its original investment cost.

The long-term tenants of the commercial units – including Laura Ashley, Pamela Scott’s, Schuh, and Clark’s among others – will not be affected by the sale, which also includes the sale of 84 apartments in City Central overhead.

Rooney’s auctioneers in Limerick, along with BNP Paribas in Dublin, will be handling the sale – set to be announced this Friday – but were remaining tight-lipped this week until the sale is officially announced by National Assets Management Agency (Nama).

Ronan Branigan, one of the directors of the company operating the Savoy hotel, said he is anxious that the hotel remains in Limerick ownership, and is in talks with Nama regarding the purchase of the property. Neither has he ruled out purchasing the entire tranche of properties.

“Our businesses thankfully aren’t affected by the sale. It is a big undertaking [purchasing the property], but we have great confidence in Limerick and we hope to continue to develop it as a Limerick institution. We would certainly see ourselves as continuing to run the business here post-sale,” he said.

Some 120 people are employed between the hotel and the Hampton’s restaurant in the basement downstairs next door, which he owns and runs. Of the 120 employed, 80 are in full-time employment.

Mr Branigan, a native of Monaghan, and his business partner Michael Roche took over the hotel in 2009, “when we rescued it from liquidation and saved 100 jobs”.

The Henry Street hotel was originally under the Marriott brand, which left Limerick and the hotel, saying that it was not cost effective to run it.

Developer Michael Daly’s Fordmount Group were behind the construction of the hotel and that company took responsibility for the hotel after Irresistible Hotels Ltd, who ran the business, went into liquidation.

Since then, an €86m judgement was entered against Mr Daly in the High Court over unpaid development loans of €165 million advanced by Anglo Irish Bank to three companies in the Fordmount Property Group, and two partnerships, to buy property in Limerick city and county. A number of its other assets in the city have also been sold.

“You could say the hotel has had a difficult upbringing,” said Mr Branigan.

“It has required a lot of care and attention, but we are very passionate about it, as we are about Limerick and the region,” said the hotelier, who has worked in Limerick on-and-off since 1987.

“The fact that we are a five-star hotel and have no parking continues to be a big issue, but it’s something we’ve managed over the years. We took on a lot of challenges here, when the recession was at full belt, but we are looking forward to bringing the business forward.

“It’s not a faceless business, it’s a family run affair. My wife Ann works here, and we try to be here and greet customers as much as we can,” he told the Limerick Leader.

The average occupancy rate in the hotel is at around 68%, he said, and operates at full capacity during Heineken Cup and Rabo Direct games in the city.

“We have brought it into profit but it’s a tough business to run. There are a lot of hidden costs in running a five-star hotel, but it’s on a sound financial footing.”

“City of Culture is the best thing that has happened to Limerick in 10 years. If you had said to me a year ago we’d like Carmen in the Milk Market, I would have said ‘you’re mad’, but if we had it again next year there’s a sense it could run for three nights.”

Mr Branigan called the hotel The Savoy in a nod to its history given that the premises is located on the site of the former Savoy, the legendary 1,500 seater concert venue and cinema which opened in 1936. He recently sold his restaurant, Saddlers in Mayfair, London, to a Russian investor for an undisclosed sum.

One-bed apartments in the site’s prime location –City Central on Bedford Row – are currently being let for €700 per month.