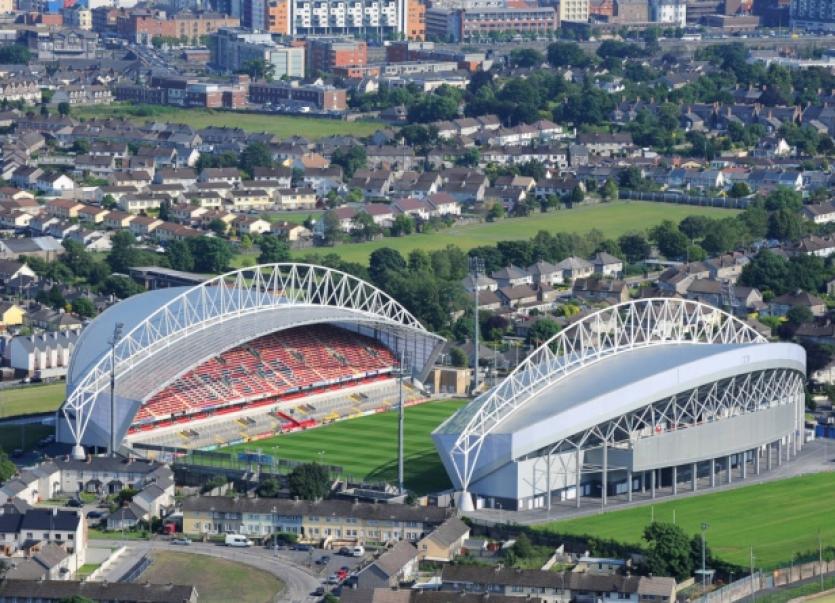 THOMOND Park has stood up and fought against the world’s top rugby stadia, thanks to its loyal fan base.

THOMOND Park has stood up and fought against the world’s top rugby stadia, thanks to its loyal fan base.

The stadium, redeveloped for €40m in 2008, has zoomed to the top of a list of the world’s top rugby venues, as voted by readers of worldwide rugby blog Intheloose.com.

Thomond is ahead of Cardiff’s Millennium Stadium, Suncorp Stadium in Brisbane, Newlands in Cape Town, Parc des Princes in Paris and Eden Park in Auckland.

The historic ground - which dates back to 1940 - was initially not included in the list, but thanks loyal fans and almost three thousands votes, the stadium is now top of the charts.

“We added Thomond after a fairly overwhelming cry from Munster supporters who seem to have really taken to it,” explained Dave Nicoll of Intheloose.com, which has in the region of 20 writers around the world covering rugby news.

“We’re going to be closing the vote on Friday but by the looks of it Thomond is likely to be well out in front.”

“In terms of its redevelopment the venue has retained everything it was meant to and probably even more so in terms of atmosphere and reputation, internationally,” he explained of the stadium, which has hosted both the world’s best rugby teams and top music performers, from Elton John to Bruce Springsteen.

“I think that is fantastic for Limerick, it is included with the world’s top five and it is here in the city. We have it and it is something that we should be proud of and should be using to its fullest.

“Everybody knows that the stadium was developed for a very low budget price, yet that has delivered one of the top stadiums in the world. Part of my job is to be away looking at stadiums - which is a nice part of it - and bench marking Thomond against them. Obviously people would think I am biased, but I would say it is right up there, and I think it is maybe the number one.”