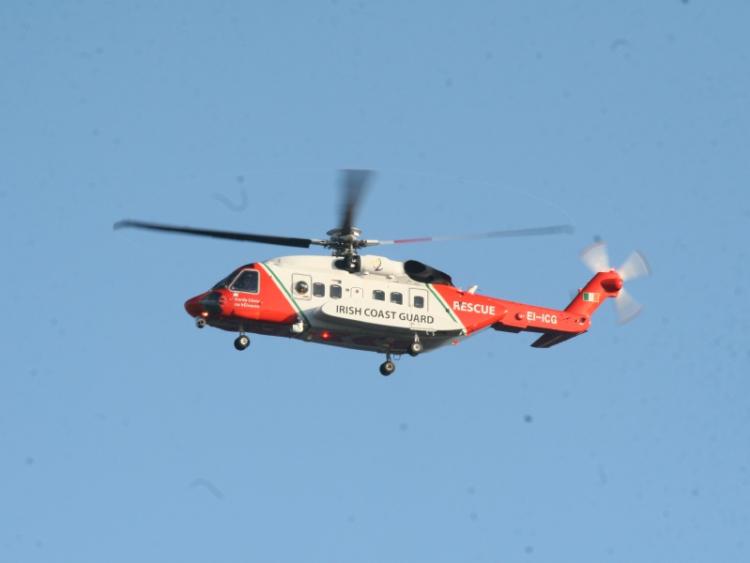 A COAST Guard helicopter crew was forced to stand down from a potential rescue attempt after lasers were allegedly pointed at them during a  search.

They were alerted to an incident on the River Shannon after a person was reportedly seen entering the water.

Tony Edwards, a member of the Limerick Land Search Team, claimed that the lasers were coming from the Steamboat Quay area.

Tony and a member of his team also joined the operation. “I was at home when I heard the helicopter, I grabbed my gear and I ran. Myself and my buddy are just newly qualified as Swift Water first responders. So we went down to assist,” Tony explained.

“When we got down to the river, near Steamboat Quay, the helicopter was in the air. All of a sudden the helicopter turned on it’s side went down a little bit further, and around the back of the Clayton Hotel and then it was gone,” he added.

Tony was then informed that the helicopter had been stood down due to lasers being pointed at it from the apartments in the area.

“It is absolutely idiotic, there is no excuse for this kind of behaviour. I have no idea why someone would do this, it is extremely dangerous. These individuals put lives at risk,” Tony said.

“No body was found, and that's not me saying that nobody went in. But if they did, and the helicopter had to pull back, that could cost someone in the water their life. I absolutely condemn this sort of thing. I would be worried we would see it again,” he finished.

A spokesperson for the Coast Guard confirmed that Rescue 115 had been called out to a scene on the river Shannon, but was released after it was believed the call was an alleged hoax call.