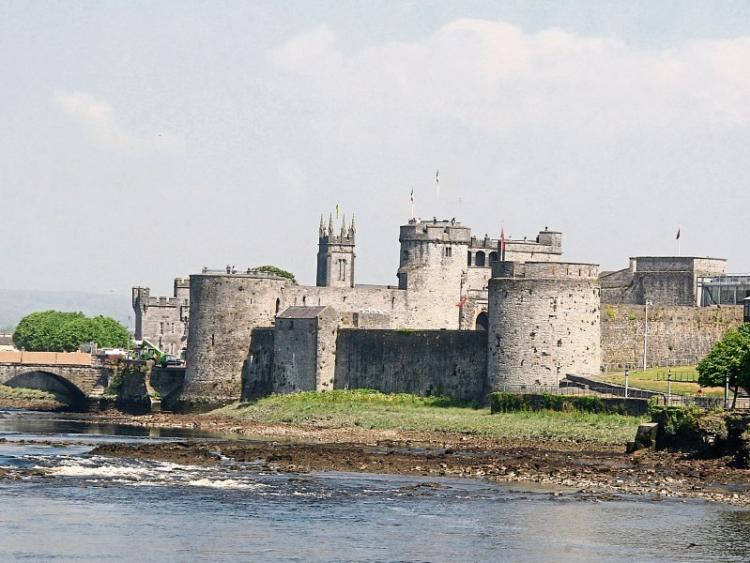 THE MANAGING director of Shannon Heritage has confirmed that they are happy to host a big screen for the All-Ireland final at King John’s Castle free-of-charge, if a screen can be made available.

Following a memorable victory against Cork on Sunday, Limerick will take on either Clare or Galway in a Croke Park final on August 19, in a bid to claim the Liam MacCarthy cup for the first time in 45 years.

Metropolitan mayor Cllr Daniel Butler has urged the council to explore the possibility of showcasing the match on a big screen.

#AllIrelandFinal I have this evening formally requested Limerick Council Mgt to set about exploring the possibility of a large screen to show the All Ireland Final immediately. This is to ensure a safe, fun & importantly family friendly event can be organised. #LuimneachAbú pic.twitter.com/3hLH2yCoX2

Talks are taking place this week between Limerick City and County Council management and Limerick GAA to ascertain the feasibility of bringing the big screen to the city centre.

The Mayor of Limerick City and County James Collins said it is important for the council and the public “not to overhype their progression to the final”. He added that all decisions will be made in consultation with Limerick GAA.

He did confirm that they are already mapping out the homecoming for the boys in green, win or lose.

There was a big screen in Limerick city in 2008 for Munster’s Heineken Cup victory, and in 2007 when Limerick lost to Kilkenny in the All-Ireland final.

Following a Leader poll, asking where they would like a big screen, the vast majority of the 397 respondents were in favour of the screen being installed on O’Connell Street.

If Limerick is to have the big screen for the All-Ireland final, where would you like it?

A total of 56% voted in favour of O’Connell Street, 27% voted for King John’s Castle, 10% were in favour of the market quarter, while just 7% voted for “nowhere”. Other suggestions included People’s Park, Cleeve’s Factory and the Gaelic Grounds.

Following the poll, Shannon Heritage managing director Niall O’Callaghan said on Twitter: “We at Shannon Heritage are happy to facilitate a big screen at King John’s Castle for the All-Ireland if one is made available - free entry for all supporters.”

@DanielButlerFG @jamesjcollins @LimerickToday @LimerickCLG wonderful match yesterday but ask all fellow public reps to give these great players space between now and July 19. Hype & expectation must be managed. Luimneach Abu

King John’s Castle has a capacity of 2,000. Cllr Butler told the Leader that he is exploring all options.

Mayor Collins told the Leader: “We discussed this morning about the homecoming for the team. So, win or lose, there will be a homecoming for the team and we have started initial plans in relation to that. We had discussions about whether we would have a big screen in Limerick and how that might work. So obviously there’s some logistical details that need to be worked out, and security details in relation to that. But also what the wishes of Limerick GAA is.

“By no means guaranteed is it going to happen, we had meetings this morning investigating the possibilities of it and we are going to meet with Limerick GAA this week, just to understand what their wishes are. It’s important for the council and the public not to overhype their progression to the final," he said.

On Sunday evening, Cllr Butler said: “We are witnessing a year of some of the finest hurling ever seen and possibly the finest Limerick team. Tickets will be at a premium and some of us are already looking and many will be disappointed."