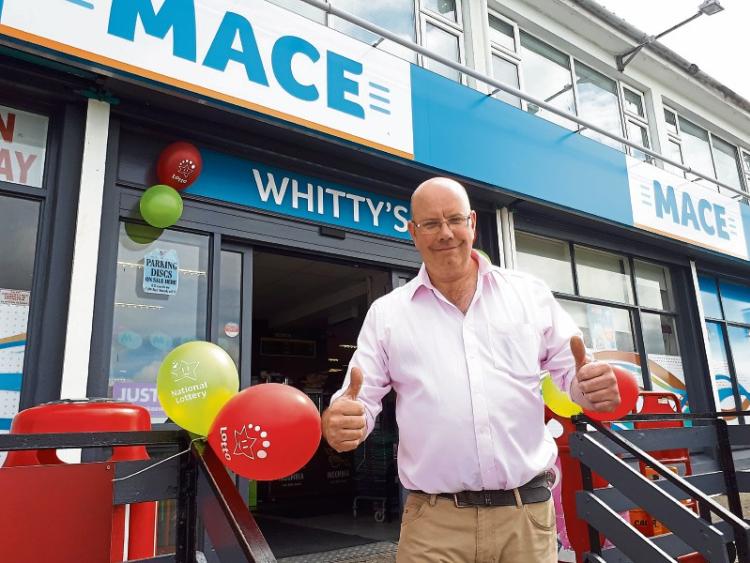 The owner of the Limerick store which sold Saturday’s winning Lotto ticket says he hopes the winner is local and will spend the €4.3m jackpot wisely.

News that the winning ticket had been sold at Whitty’s Mace, Caherdavin first emerged shortly after 9.30pm on Saturday when the store owner – DJ Whitty – was contacted by a representative of the National Lottery.

“He said there was a winner of the Lotto and you sold the winning ticket, it’s 4.3 million which is brilliant. The last time we sold a Lotto ticket there were ten winners but this time there is only one which is absolutely brilliant and we hope it’s a local person,” DJ told the Limerick Leader adding it has been “all go” since the store open this Sunday morning.

“People have been coming in since half seven and congratulating us and everyone is wondering who won it – it’s a guessing game,” he said.

Michelle Coughlan, who works at Whitty’s Mace, says the store has been ‘buzzing’ all day.

“It’s so nice for the community to have something like this and everyone is looking forward to seeing who has the ticket. Everyone is coming up with their tickets and checking to see did they win the €4.3 million,” she said.

Whitty's Mace, Caherdavin is buzzing as news of last night's Lotto win spreads. Lots of people coming to the store to check their tickets! More details shortly at https://t.co/AVFlCJwz1r pic.twitter.com/adbFnU9YSR

One customer who arrived at the store joked he had “lost my ticket” and was checking to see if it had been handed in while another customer, Pat kelly, said if she had won the jackpot she would keep it a secret.

“It’s marvellous, I think it’s brilliant. I’m delighted and it gives a great boost to the area but I if I did win it I wouldn’t tell anyone,” she said.

Dermot Griffin, CEO of the National Lottery, is urging the holder of the winning ticket to keep it safe and secure.

“This latest €4.3 million Lotto jackpot win is our fifth of 2018. We are asking all of our Limerick players to check their tickets and if they are the lucky ticketholder, sign the back of the ticket and keep it safe and contact the National Lottery Prize Claims team on Tuesday,” he said.