In Pictures: Launch of Limerick Literary Festival in honour of Kate O'Brien 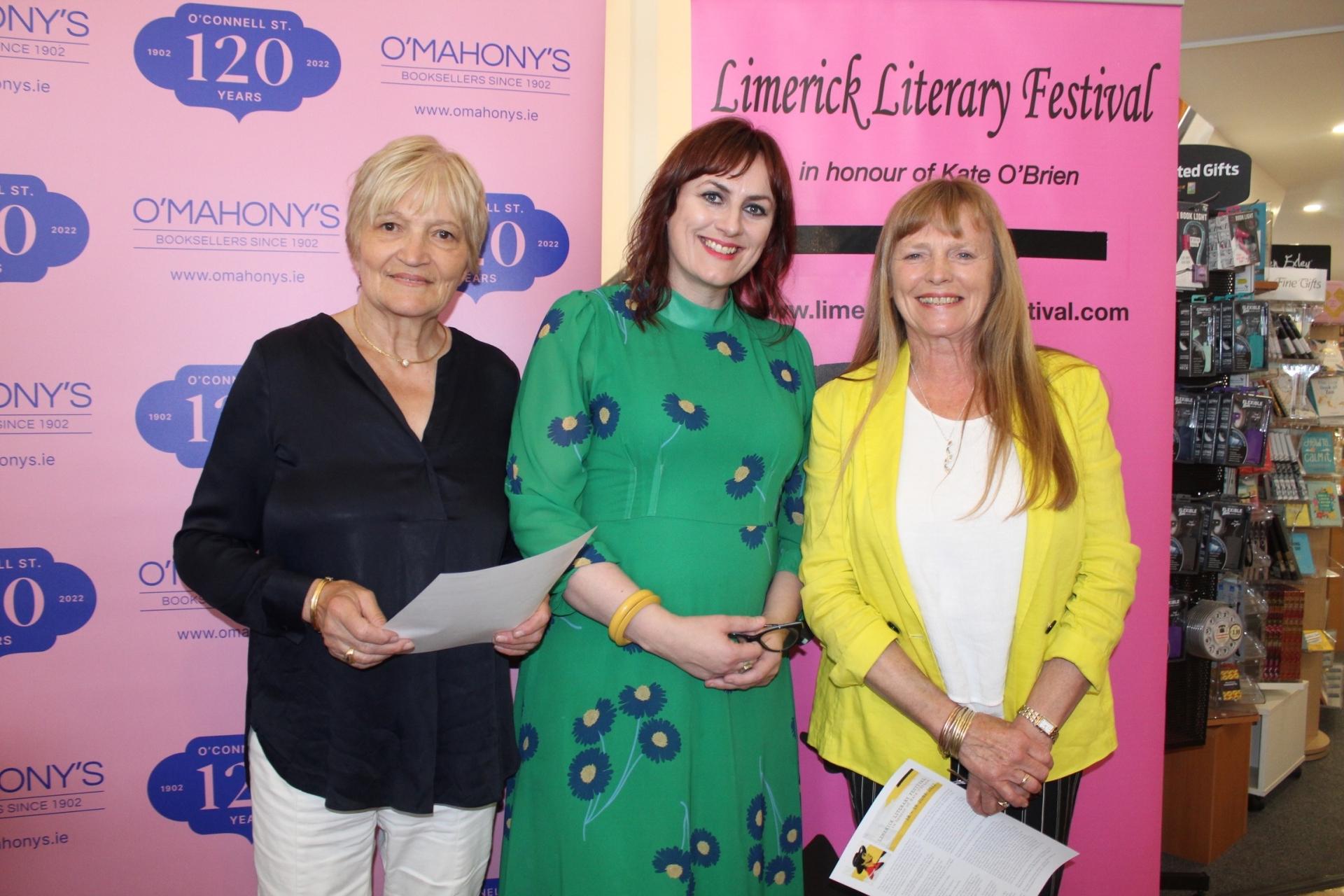 A TWO-day literary festival in honour of one of Limerick's finest female writers will return later this month, it has been announced.

The launch of the Limerick Literary Festival in Honour of Kate O’Brien took place earlier this week at O’Mahony’s Bookshop in Limerick city centre.

The Festival programme for 2022 includes talks, interviews, poetry, an exhibition, and centres around the theme of re-emergence.

Events are slated to take place on Saturday, June 18 in The People's Museum, Number 2 Pery Square and on Sunday, June 19, in the Belltable on O'Connell Street.

The festival will be opened by Professor Kerstin Mey, University of Limerick President and will feature contributions from authors Frank Shovlin, Stephen Kinsella, Mary Coll, Caitriona Clear and previous winners of the Kate O’Brien Award Una Mannion and Sue Rainsford.

Authors Caitriona Clear and Mary Coll will lead a session entitled ‘Kate O’Brien: why would you bother?’ exploring the reasons why we should still read the novels of Kate O’Brien.

Festival highlights will also include a tribute to the late Limerick artist Dave Lilburn.

On Saturday, June 18, a group of Dave’s friends and collaborators, Tony Curtis, Ciaran O’Driscoll and Judith Hill, among others, will come together in a programme to celebrate the late artist.

The tribute will feature a short film made by Mike O’Neill in 1994 of Dave, a regular attendee of the festival, at work in his studio as well as a small exhibition of Dave’s work.

WATCH: Limerick Pride 'is back with a bang'

On Sunday, June 19, actors Ingrid Craigie and Mark O’Regan will perform a series of poems followed by further readings from Wild Wild Erie, which will be accompanied by images of the artworks projected on a large screen.