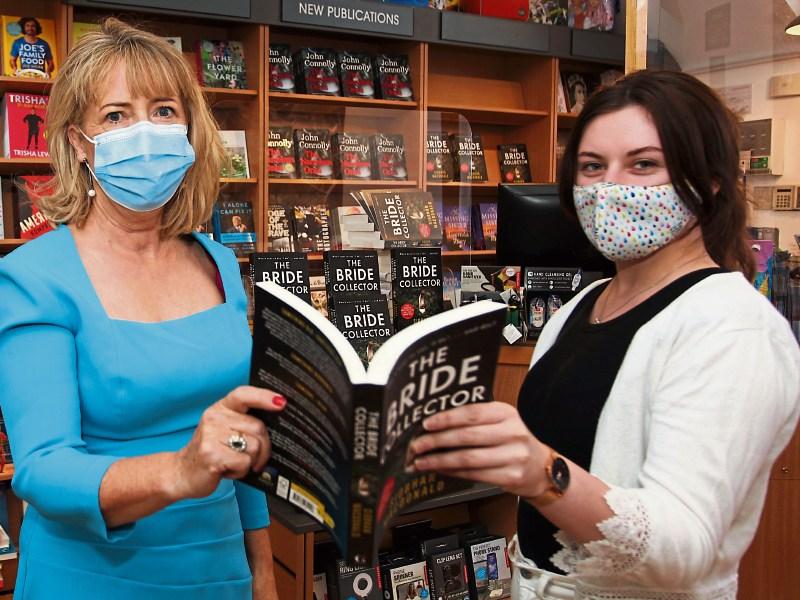 Siobhán MacDonald with Hazel Condon at O'Mahony's Booksellers. Below she signs a copy of her book for Audrey Long I PICTURES: Brendan Gleeson

FOR me, it is all about the story,” asserts Siobhán MacDonald, whose crime thriller called The Bride Collector, has just appeared in the bookshops.

It is Siobhán’s fourth novel, making her one of a growing subset of writers who are Irish, female and making their mark as crime writers.

But she insists: “I don’t think you need violence to turn the pages of a crime thriller. I prefer to employ intrigue and suspicion rather than very gruesome violence.”

And when she isn’t actually writing books, she is coming up with plots, dreaming up characters and doing research.

Siobhán’s first professional writing job, however, was a far cry from crime thrillers. Leaving school during the recession of the 1980s, she was advised to go where the jobs were, rather than pursue her interest in languages and history.

At that time, she says, the jobs were in electronics so she opted for electronic engineering at NUIG and when she graduated, bagged herself a job as a technical writer with NCR (think cash registers and ATMs) in Scotland.

“I knew I didn’t want to work in a lab or at the practical end of electronics,” she explains.” I was interested enough in the theory but I always wanted to write… and discovered technical writing.”

Later, the job brought her to Antibes, in the South of France (“a lovely part of the world to be in”) and along the way she met and married her Scottish husband Neil. 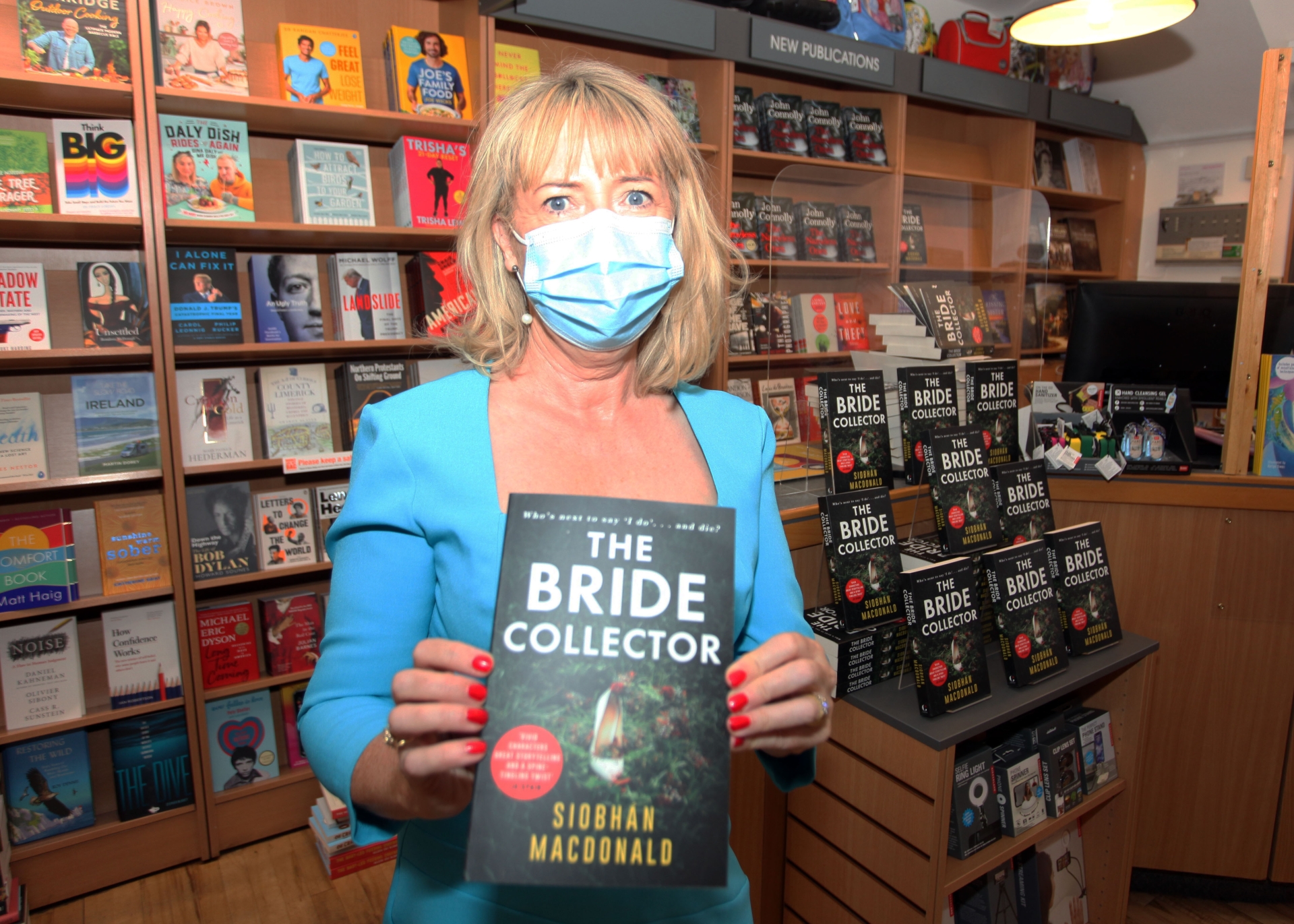 Spurred on by a granny who kept sending job ads to her in France, the couple returned in the mid-1990s to Limerick, Siobhán’s hometown since she was eight years old.

Once settled and with two sons now in the family, Siobhán continued to write for a living but the creative bug was becoming more insistent. “In school I had written poetry and won awards for essays. That whetted my appetite,” she explains. But now, “in the evenings”, she was trying her hand at short stories. …

Then came her first stab at a novel, which turned out to be a huge, learning experience. Her problem, she realises now, is that it was a novel of two halves: the first a romance mystery, the second half a crime thriller.

It could have been a crushing blow but feedback from agents and publishers kept up her confidence. “Everybody said I had a great sense of place and my characters were good.”

But she had to decide what direction she wanted to go and she opted “to completely immerse” herself in the thriller genre.

It was a comfortable place for her to be. “I always love a good mystery,” she says. “True-life mysteries fascinate me. I love crime thriller series on TV.”

In very quick succession there followed three novels. Twisted River, published by Penguin in the US and as an ebook on this side of the Atlantic, appeared in 2016, and to Siobhán’s great satisfaction got great reviews in the Chicago Tribune nd Toronto Star. The Blue Pool, set in the Burren and Galway, followed and last year, in a slight variation on her crime theme, came Guilty, a psychological suspense story.

Now, Siobhán is busy promoting The Bride Collector, in which a serial murderer is abroad in a fictional tourist town in Co Kerry. Taxi driver and amateur sleuth Ellie Gillespie, finds herself in league with investigative journalist Cormac Scully in a bid to track down the murderer whose signature is leaving his victims laid out in their wedding dresses. Who is next to say yes, and die? 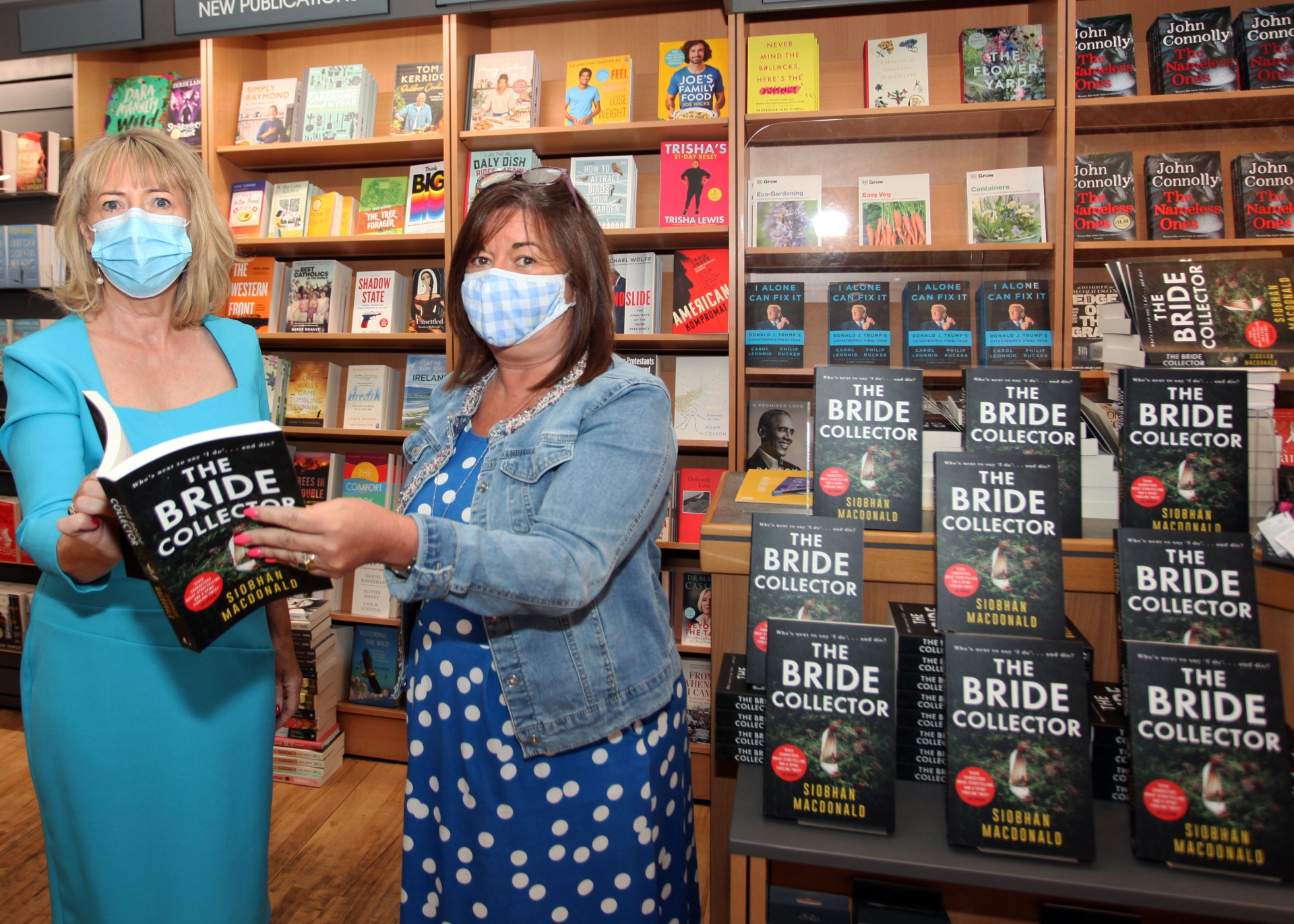 The characters and the story are the rock-bed for Siobhán and when writing Ellie and Cormack into being, they became, she says, “very real” to her. “You create this really fictional character but it doesn’t seem very bizarre when you are writing it,” she continues. Her characters are always fictional but often, a small memory or observation of someone she has met or read about will linger and find its way into the new character.

For Siobhán the either/or categorisation of fiction as commercial or literary is a false one and, thankfully, on the wane. There is no reason why commercial fiction can’t be literary or indeed why literary fiction can’t be commercial, she argues. “I can’t see why you can’t get something that is both,” she says with conviction.

The Bride Collector, published by Constable, Trade Paperback is now available priced at €12.99.