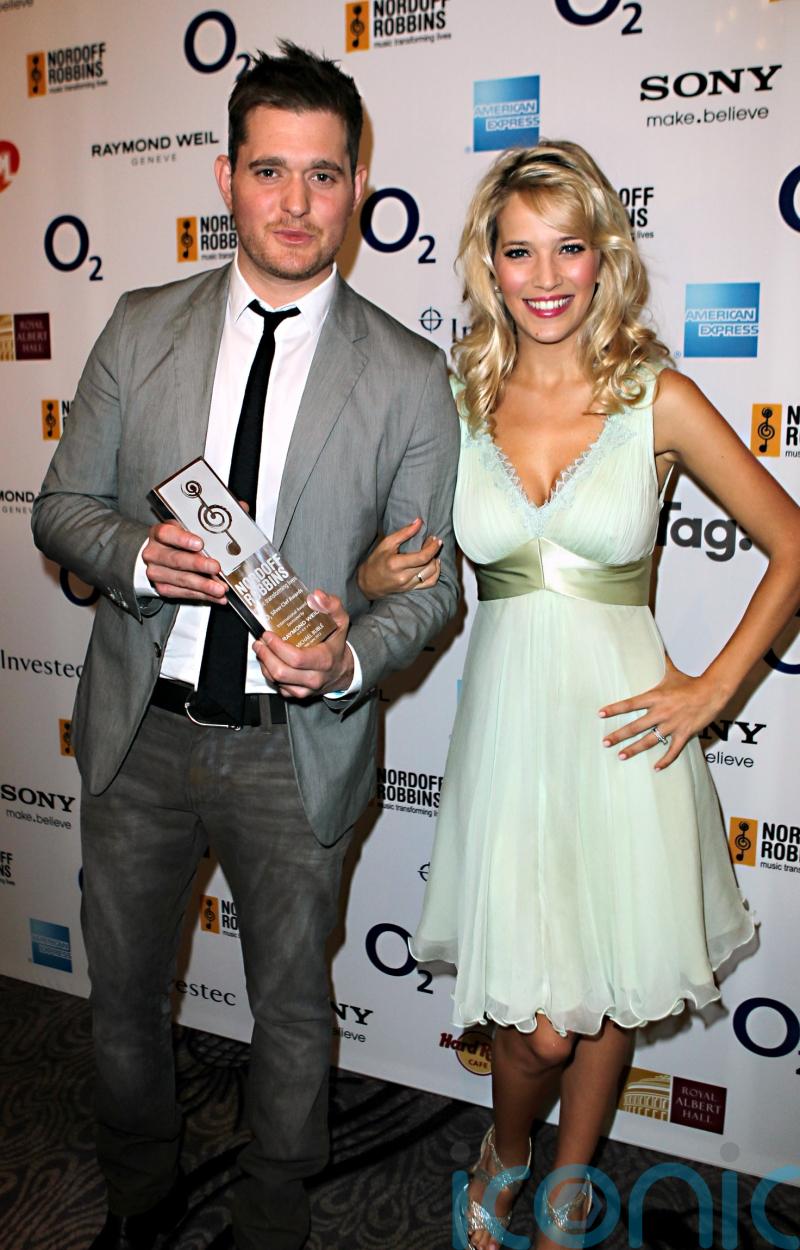 Michael Buble and Luisana Lopilato have shared the news that they are expecting their fourth child.

The pair shared identical posts to Instagram featuring pictures of their family in a snowy ski resort.

“Ooops! We did it again… bebit@ en camino,” they captioned the photos, one of which showed their three children gathered around Ms Lopilato kissing her stomach.

The Argentine actress also showed off her new baby bump in a new music video for Buble’s song I’ll Never Not Love You, in which they recreated famous romantic movie scenes together.

The pair are also parents to children Noah, Vida and Elias.

The jazz singer took a two-year hiatus from music following his eldest son’s diagnosis with cancer, aged three, in November 2016.

After Noah was given the all-clear in 2017, he wrote a song – called Forever Now – about his children.

Buble previously admitted that he had thought he would not make another album after he and Ms Lopilato announced their son was ill.