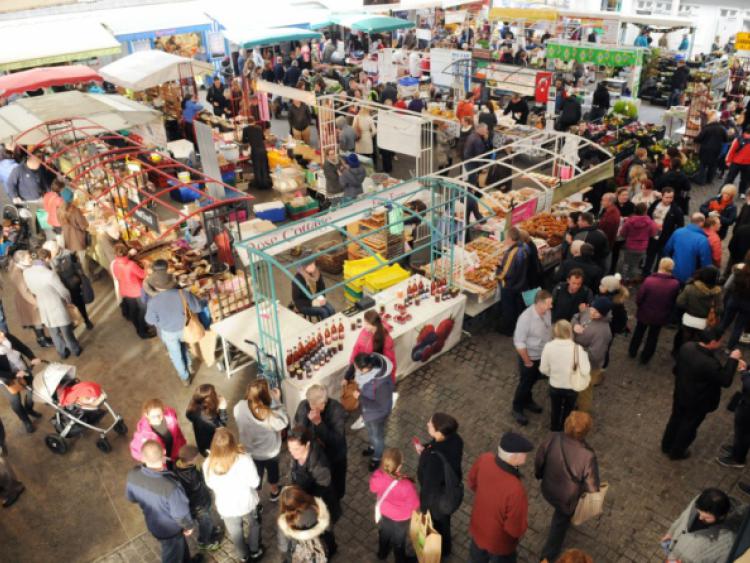 LIMERICK’S Milk Market will kick off its countdown to Christmas this Friday.

LIMERICK’S Milk Market will kick off its countdown to Christmas this Friday.

The covered market’s Christmas lights – sponsored by Clareview Motors - will switch on at 1pm, with the fun kicking off at 10am. As part of the event, students from the Limerick School of Architecture and Fab Lab Limerick will hold a Calais Aid Solidarity dine.

This will provide a showcase for the handcrafted tables which they will ship to Calais in a bid to help the asylum seekers at the French port. They are also providing shelters.

As always, the Milk Market will be offering a special, festive offering throughout December, with mince pies, puddings, hams, chestnuts, brandy butter and sprouts on the menu.

Choirs from across the city will provide the soundtrack to the shopping, and special competitions will also run.

The market will open between Friday December 4 to 6, plus the following weekend. Then, in the week leading up to Christmas, the Milk Market will trade on eight consecutive days between December 17 and 24.

Other highlights of Christmas at the Milk Market will include a special market lunch cooked by transition year students from across the city on Friday, December 18.

And a postbox to allow letters be sent to Santa at the North Pole will also open in Harper’s Coffee on Friday, December 11.