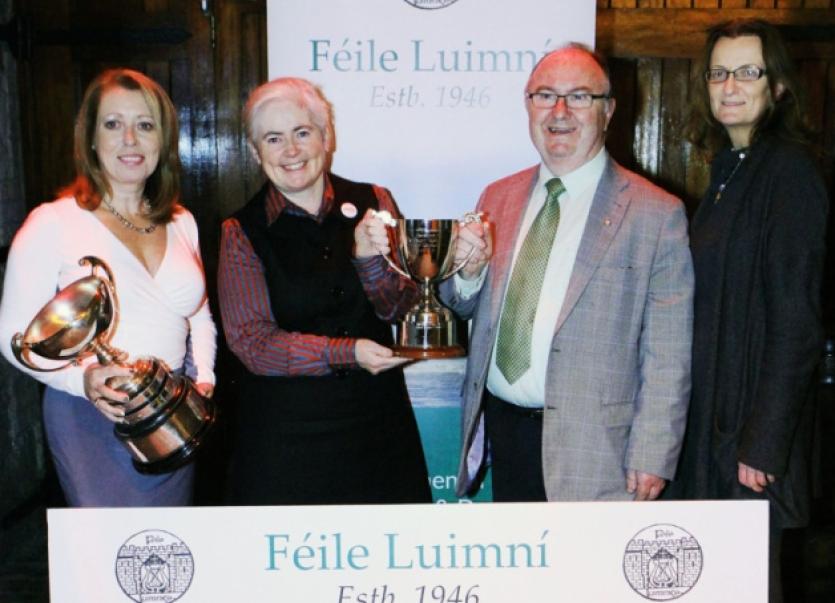 LIMERICK’S festival of arts and culture is to celebrate the hugely significant milestone of 70 years in operation in 2016.

Feile Luimni, which has contributed massively to the social, artistic and cultural life of the city and county since 1946, is planning a special series of events to mark the anniversary.

Arts officer Sheila Deegan, who was in attendance at the launch in Michael Flannery’s Bar recently, said it had “touched every household”.

“I have very fond memories - I remember not winning and being very disappointed - but I do have bronze medals,” she laughed.

“I do remember it being a really big deal in our school where we rehearsed extensively and you could nearly recite some of the poems that we learnt off by heart to this day. That idea of being on stage was fantastic, which as a kid you don’t find terrifying, but as an adult you do,” she said.

Applications are closed for the speech and drama competitions but the vocal category is open until January 9. Competitions will be held from January to March in the Redemptorist Centre of Music. The committee is appealing for schools and teachers to encourage students to attend and participate.

The annual Roinn na Gaeilge festival will take place in March, while the centrepiece of the Feile will be the prize winners’ concert on April 9 in St Mary’s Cathedral.

Organisers also plan to hand out awards of excellence, including a €1,000 vocal bursary, plus a Perpetual Cup and a bursary of €750 in memory of Feile stalwart Joe O’Connor. For more, see Feile Luimni.