COUNCIL planners have given the go-ahead for Limerick’s newest secondary school in Castletroy. The massive multi-storey facility, which will be built in the shadow of Northern Trust on the Bloodmill Road, will  boast almost 60 classrooms, and cater for up to 1,000 students by 2024.

Some 100 permanent teaching jobs are set to be created after council approved the proposals for Limerick Educate Together Secondary School to move from its temporary premises at the old Salesians School in Fernbank to Castletroy, the area it is designed to service.

Principal Eoin Shinners said: "Ultimately, in light of the pandemic, news like this for Limerick from an educational point of view is fantastic.”
The state-of-the-art school will see a large outdoor learning courtyard, plus a sports hall with a fitness suite.
In a first for local schools, gender-neutral toilets will be fitted on each of the complex's three floors.

'A great news day for Limerick' 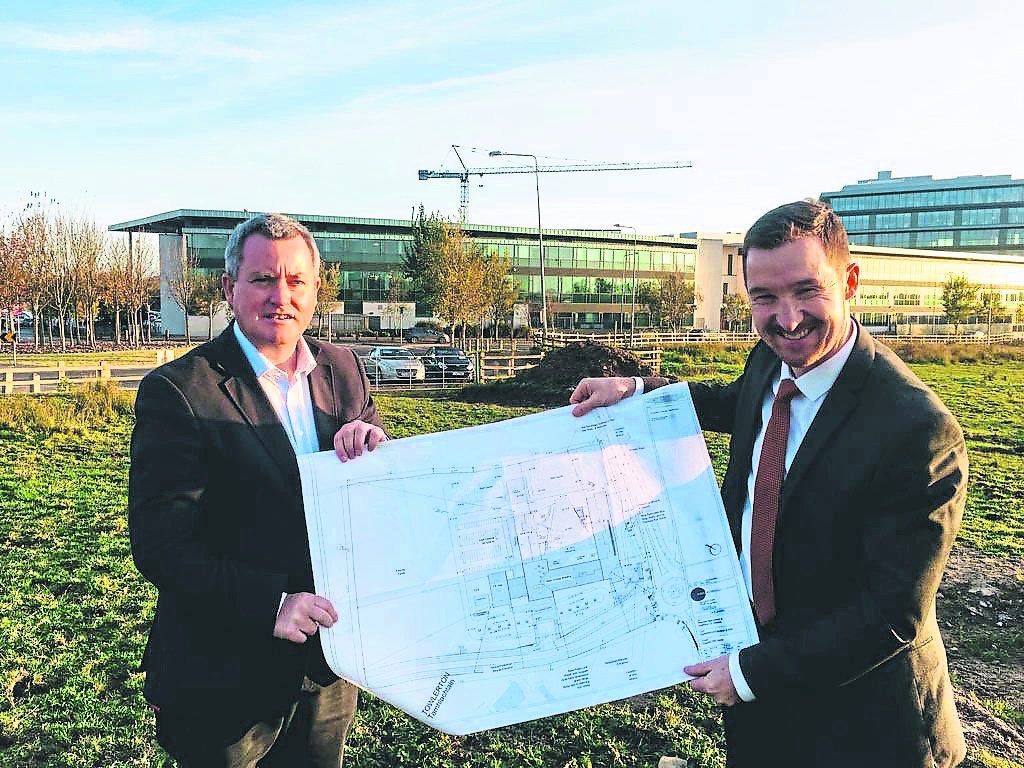 Fine Gael TD Kieran O'Donnell, who has worked closely with the school principal since its inception, said: "It's a project i've worked with the school and the parents on over the last number of years. It has been difficult for parents and the school to operate away from Castletroy for an interim period in Fernbank. But the school has been a massive success."

Mr O'Donnell said he expects the project will now be fast-tracked.

"I want to pay tribute to the principal Eoin Shinners, the board of management and everyone else involved in the school on this great addition to the Castletroy area. I'm very conscious of our need for extra school plasces. It's something I'm looking at in conjunction with a second primary school in the area," he said, describing it as a "great news day" for Castletroy and Limerick.

"Obviously, it''s a very inclusive school. I've worked at length with the school, and this is in very difficult times for people, it's a very welcome measure," he added, "It's a project I'm passionate about. Education is a key gateway and one of the provisions for that is a secondary school for people living in the greater Castletroy area," he added.

City East Fine Gael councillor Sarah Kiely has also warmly welcomed the news, saying: “From the point of view of being a parent whose had to worry in the past about what school their son or daughter is going to go to, it is a huge relief for people to now have more choice with secondary school. The Educate Together secondary school is very important as not everybody wants to send their child to a Catholic school or one with a religious ethos.”
Cllr Kiely did express some concerns around traffic, fearing the Bloodmill Road could become a “rat run” at peak times, along with the other local estates.

Also reacting to the news, Labour's City East councillor Elena Secas said: "It has been a long road since former Education Minister Jan O’Sullivan secured funding for this school in late 2015 and the granting of planning permission for a new permanent building in Castletroy for this post primary school is an important milestone and this is very welcome and positive news, especially in these surreal times we are all living."

She praised the principal and board of management.

Mr Shinners said he plans for the school to mitigate against any transport issues by incentivising early arrivals with breakfast clubs, and promoting bike transport.

”At the moment we have an 8.30am start. It’s something I think we'll continue. When we move into the new campus, I imagine our students will be in situ by 8am. 7.30am to facilitate the early arrival of students,” he explained.

Mr Shinners confirmed eventually up to 100 teaching, special needs assistants and other ancillary posts will be created, as well as dozens of temporary construction positions, as the public project moves forward.