Limerick Person of the Month: Pádraig lauded for positivity ‘Paudcasts’

A COUNTY Limerick boy who has captured the hearts of the nation by spreading tips and advice on how to stay positive through his weekly motivational “Paudcast” has been named the Limerick Person of the Month.

Pádraig O’Callaghan, 11, from Knockainey began working on the video series with his father Brian last year. Brian says it was a way to help Pádraig, who has Down syndrome, with his communication skills and confidence.

And all the effort has certainly paid off as young Pádraig is now a complete professional when  he’s ‘on air’.

“I told them at school - I told my teacher, I told my friends, I told everyone in school. My friends are really happy for me - they say ‘keep on going’.”

“We had started last year with a couple of promotional videos for a couple of our products EcoStraws.ie The response was amazing,” Brian explained. “We wanted to slightly move away from the sales-type videos. I do a bit of volunteering with Special Olympics Ireland and their positive mental mantra is very important so it snowballed into this idea of a Monday motivation clip.”

Over the last eight months when the Covid-19 restrictions began to chip away at people’s motivation, the Paudcasts really gained traction with people all over the world tuning in for Pádraig’s nuggets of positivity which are both succinct and practical.

“We’ve had messages of support from all over the world including America and Australia. Pádraig enjoys doing it and that’s the main thing. He’s a great lad – he just exudes enthusiasm, motivation and inspiration. I even draw it from him,” Brian continued.

In his videos, Pádraig covers everything from the difference between being a manager and a leader, the importance of starting your day right by making your bed, the necessity of using all the tools at your disposal, as well as the importance of offering support to those who need it when times are tough.

Such has been the reaction to his Paudcasts, Pádraig is even contemplating a job in TV when he’s older.  He wants to be a “superstar”.

While he admits he found the lockdown “a bit boring at times” Pádraig says “the Paudcast kept me going”.

When he’s not recording his videos or busy with his school work, Pádriag has loads of other hobbies and interests.

“I like playing my Xbox and playing soccer. My favourite soccer teams are Celtic and Liverpool and I love Limerick hurling,” he smiled.  “John Kiely said he was very happy with my Paudcasts,” continued Pádraig whose favourite players are Sean Finn and Cian Lynch.

His favourite subjects in school are history and maths. He has one cat and one dog.

For people struggling with the Covid restrictions, Pádraig advises “make sure to get out for a walk - even to the shop, chat to your family and keep in touch with your friends”. He also made sure to thank his dad Brian and mum Marie for all their support.

As he proudly watched his son chat away in the lobby of the Clayton Hotel, Brian described it as “an incredible honour” to see Pádraig recognised in such a fashion on his home turf.

“We’ve been on television a couple of times and radio but this is the highlight for us,” he pointed out. “For it to come from our own people here in Limerick, it’s overwhelming, it really is. We want to say thank you to the awards sponsors. Pádraig does seem to cast a spell over people when he walks into a room - whatever it is.”

The Limerick Person of the Month awards are sponsored by the Limerick Leader, media agency Southern, and the Clayton hotel. 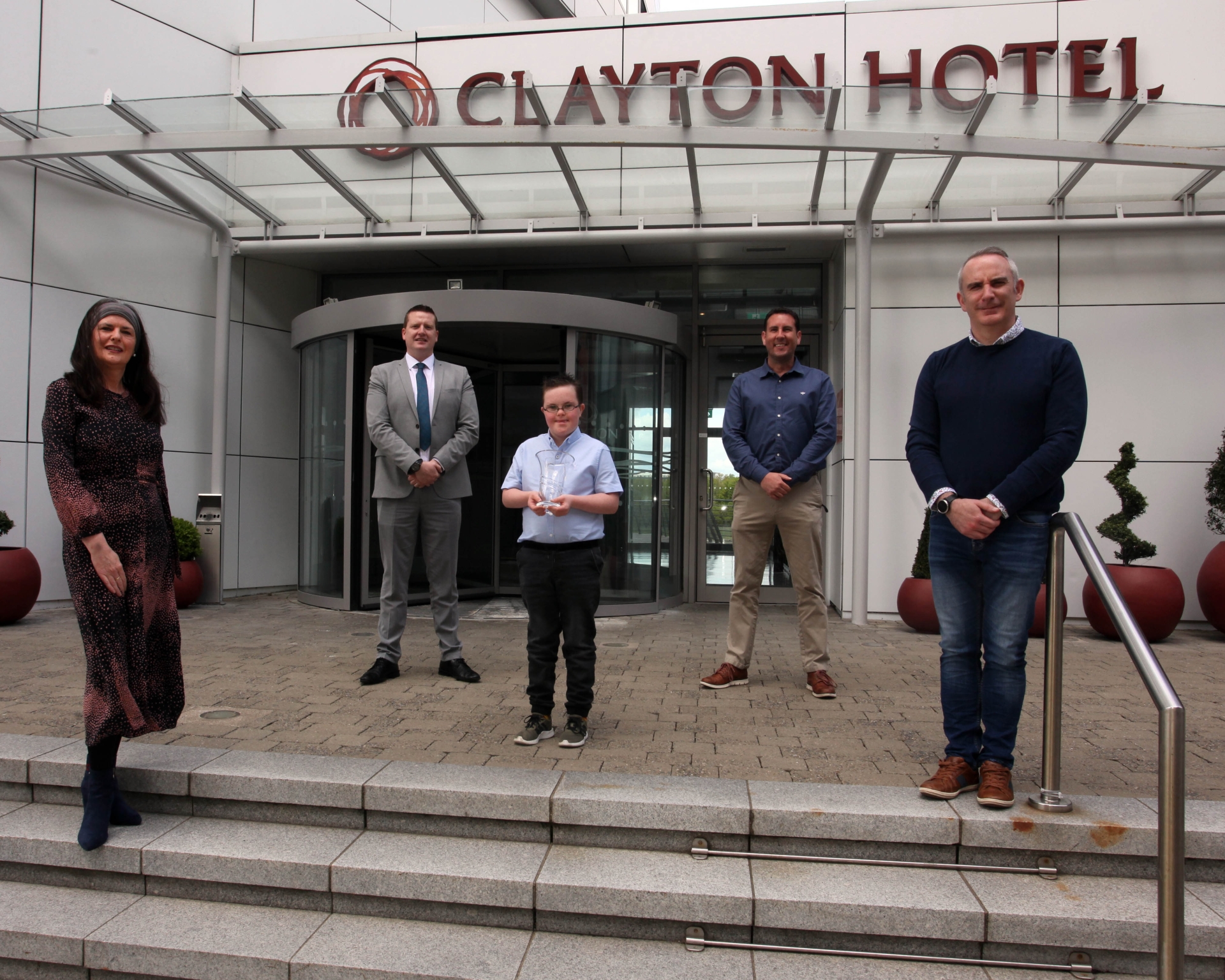