THE head of the World’s third largest aircraft manufacturer says he fully supports plans by the University of Limerick to establish a campus in the city centre.

John Slattery, CEO of Embraer, made his comments during a visit to Shannon Airport and the Shannon International Leasing Conference 2019.

Nicknamed the Profit Hunter, it is the world’s most environmentally friendly single aisle jet and conference delegates were given the opportunity to experience the 146-seat plane during demonstration flights along the Wild Atlantic Way.

Ennis native John Slattery was previously awarded an MBA from the University of Limerick and remains active at UL as an adjunct professor.

Although he lives in Brazil, he still owns a home in Ennis and says he’s proud of his connections with UL.

“I’m very grateful for my relationship with the University of Limerick. I use the faculty constantly for my own benefit – for counsel and guidence when I’m thinking about issues. The university is just a  jewel in the West of Ireland and we need to do everything we can to raise the profile of the capabilities which the University of Limerick has,” he told the Limerick Leader adding that he supports UL’s plans to establish a city centre campus.

“I think its great, I think the university needs to continue to grow. Darwin said ‘it’s not the smartest of the fittest or the fastest that survive – it’s those who adapt best to the changing environment’ and I think that’s what the University of Limerick is doing by outreaching directly into the city centre and I think it’s a great move and I complement them for their boldness and vision to go and do that,” he said. 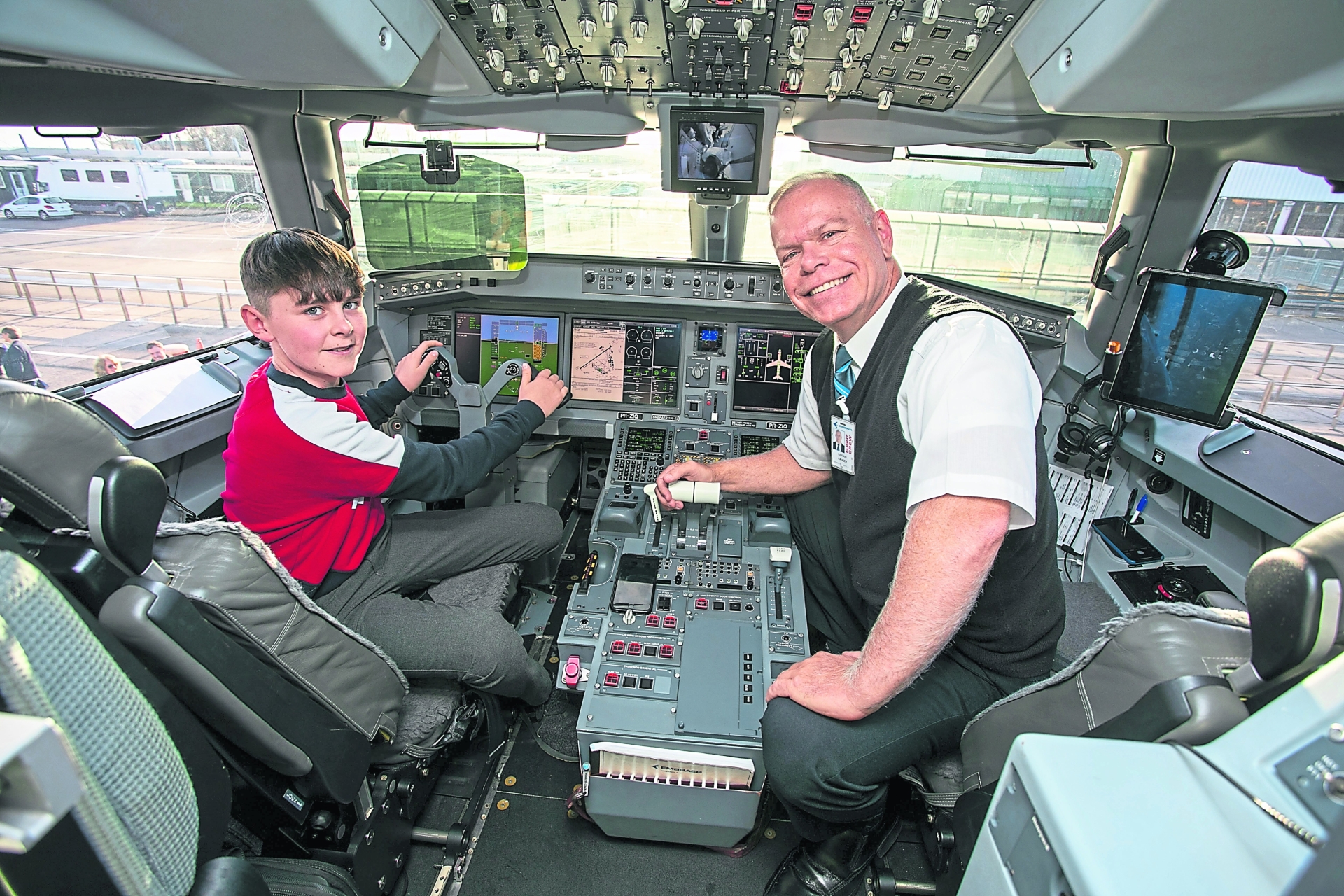 Above: Shane Naughton, 12, in the state of the art cockpit with Captain Peter Kruger, Embraer Instructor Pilot Pictures: Arthur Ellis

Ahead of the Shannon International Leasing Conference,  MBA students at the Kemmy Business School as well as students of Aeronautical Engineering at UL were also given the opportunity to experience the E195-E2.

Addressing the students, John Slattery said there are extraordinary opportunities in the commercial aviation sector at present but that climate change and embracing the planet are significant challenges.

He stated that Embraer is committed to becoming a carbon neutral organisation and that the development of the E195-E2 is part of that process but that more needs to be done.