WATCH: Moving ceremony in Limerick to remember and reflect on impact of Covid

JUST over two years since Covid-19 entered our lives a moving ceremony took place in the city this Sunday afternoon  to remember and reflect on its impact.

Those who lost their lives during the pandemic were remembered and tributes were paid to those who contributed to the fight locally and nationally against the virus.

Speaking at the event in the courtyard at the rear of City Hall, Mayor Daniel Butler said it was a great honour for him to acknowledge and to thank all of those who stood up and were counted and "made extraordinary contributions in hugely testing times as we fought against the consequences of the pandemic".

"I would also like us all to remember those who lost their lives over the past two years and to their families and friends who were not able to say the goodbyes they would have liked to or mourn and grieve as we traditionally do," said Mayor Butler.

The mayor joined with Dr Pat Daly, Chief Executive of Limerick City and County Council, to lay a wreath in honour of all those who were affected by, or lost their lives during the Covid pandemic. 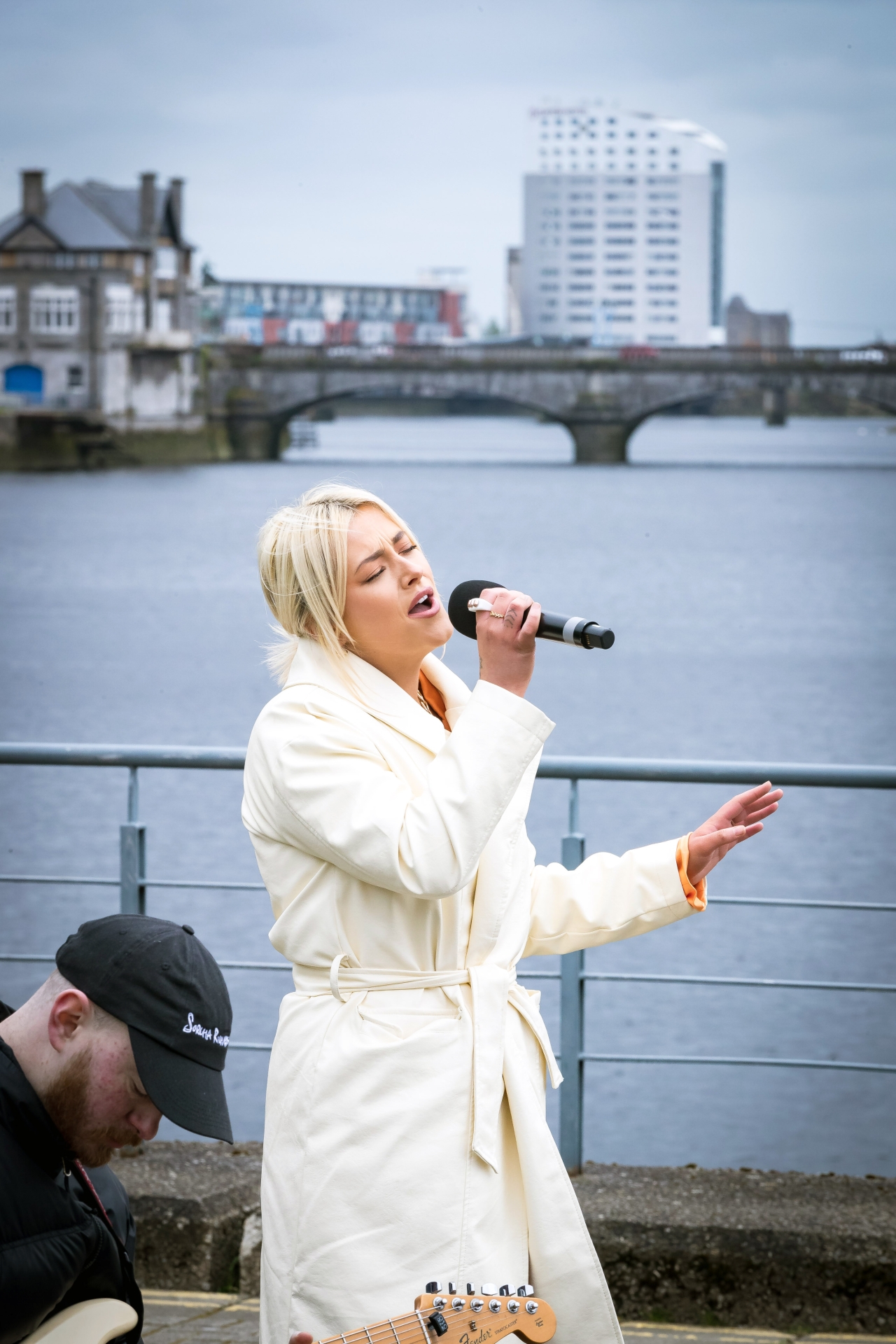 Following a minute's silence, representatives of frontline workers laid flowers as a tribute to all those that contributed to, and continue to face the challenges of Covid. They did so as Michelle Grimes (pictured above) sang Somewhere Over the Rainbow.

Mayor Butler said the ceremony is a poignant one but also a ceremony of hope and the unquenchable spirit of self and community.

"To the frontline workers across all of society, on behalf of the people of Limerick, I want to express my sincere gratitude and thanks for the selfless way you continued to work through the pandemic.

"From the HSE medical and non-medical staff, nursing home and other healthcare workers, paramedics and fire service, to retailers, the Civil Defence, An Garda Siochana, hauliers, and all other essential workers. Thank you," said Mayor Butler. 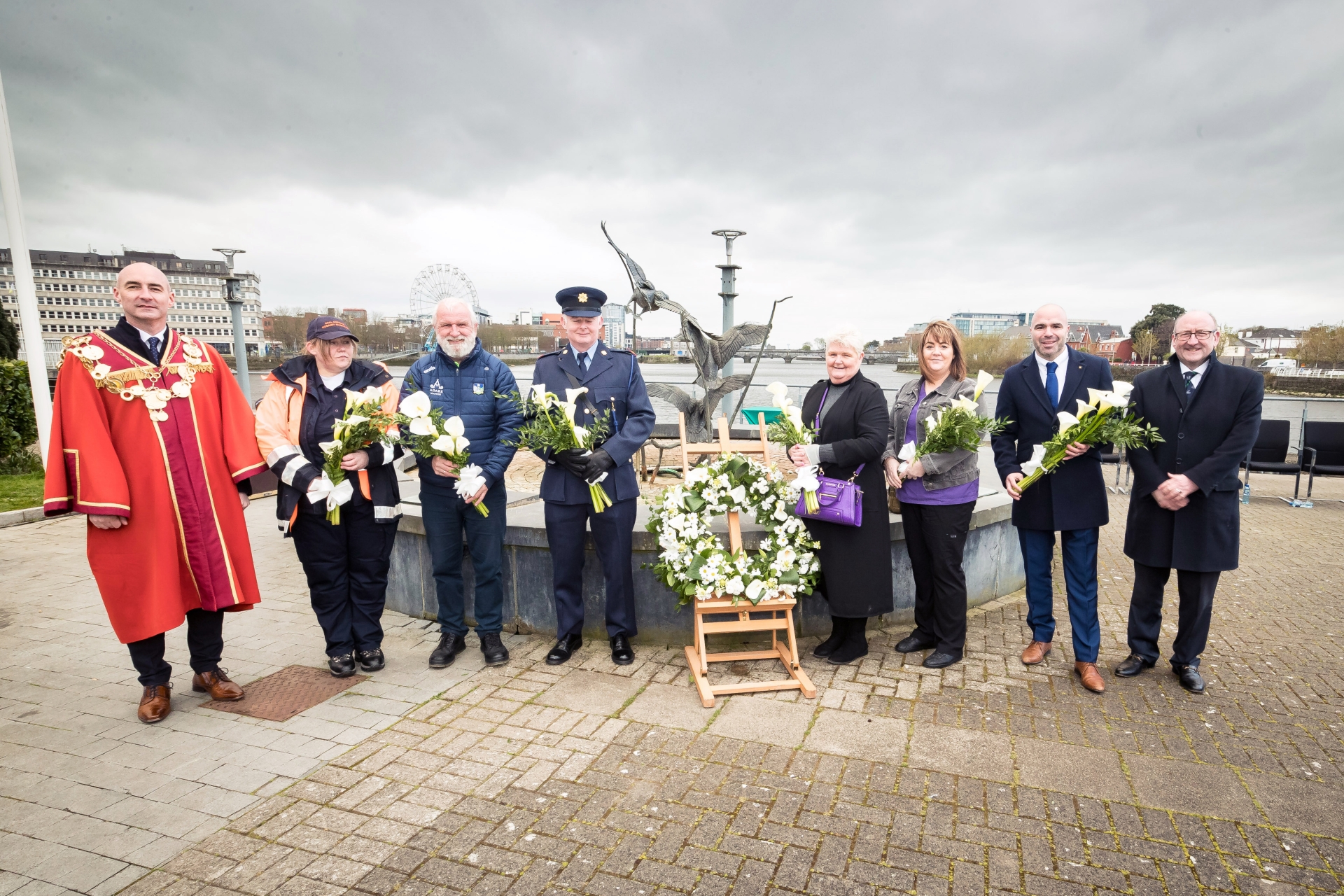 He spoke of the invaluable work of the Community Call Forum and those who volunteered must also be recognised - gardai, GAA, Limerick City and County Council, church groups, other sporting associations and clubs, communities and individuals coming together to help those most in need.

From next week, a blue light will shine from the middle pergola at the back of City Hall.

Readings were said by representatives of the faith traditions including Bishop Brendan Leahy and Very Rev Niall Sloane. John Harold, of the council, read Begin by Brendan Kennelly. The ceremony was concluded by Ger Reidy singing Amazing Grace.