A NEW centre on Cecil Street could power people from Limerick’s regeneration areas with an ‘Engine’ to walk the pathway to the stars.

Housing Minister Eoghan Murphy was on hand to cut the ribbon at the new Engine multi-disciplinary innovation centre at the former Dominican Biblical Institute.

The multi-storey complex, which was purchased by the council for €2.25m, has been set up to provide individuals and companies with facilities, with its layout encouraging cross-collaboration, creativity and innovation.

Troy Studios is providing a boot-camp course at the centre, while high-tech company WP Engine, which is ramping up its footprint locally, has its offices in the complex.

And Film in Limerick also use the building, which provides a one-stop shop for employment, training and skills across all sectors, with a focus on regeneration areas. 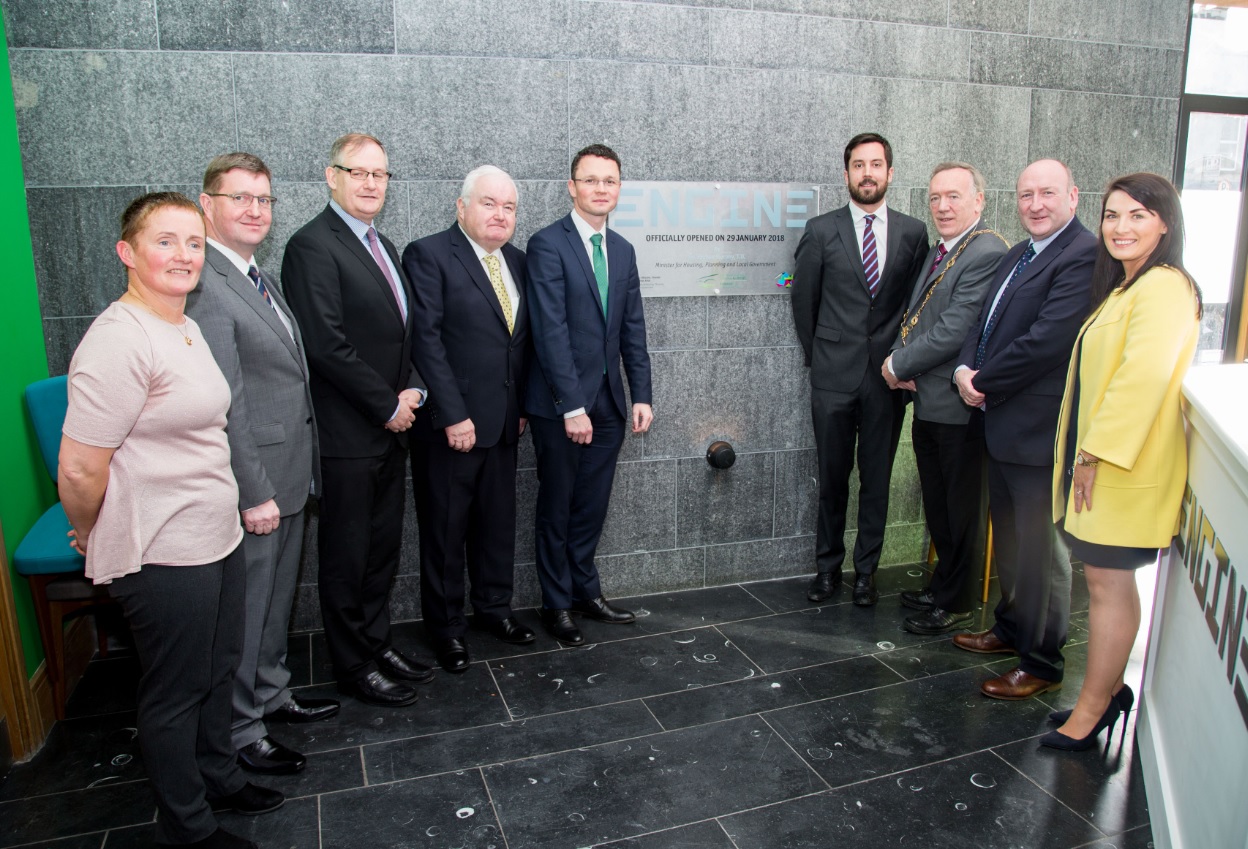 Carmel Kirby, social development director at the council, revealed a film training course will start at the centre.

“Regeneration area residents are being targeted for this training and our medium to long term view is that 200 full time jobs will be generated from the 250 training places allocated here for regeneration residents,” she said.

“I’m really excited about the opportunities being created here, in particular to address the inter-generational long-term unemployment issue in regeneration, and look forward to continuing with our success in creating employment pathways,” Ms Kirby added. Michelle Brassil, Troy Studios, said it’s a “superb” facility, adding: “You couldn’t do better.”

Eamon Murphy, who chairs Innovate Limerick, which runs Engine, described the opening as “one of the proudest occasions of my life”.

“This offers employment, but more important it offers sustainability. It’s the first time in my experience where an open network has been created within a closed network environment. And it has worked. It’s a miracle, an exemplar for north Dublin and other deprived areas not alone in Ireland but also Europe,” he said.

Minister Eoghan Murphy concluded: “Taoiseach Leo Varadkar talks about making Ireland an island at the centre of the world. If you think about the collaboration which is going to happen between the Engine, Troy studios, NBC and Nightflyers, this is Ireland at the centre of the world. This is about upskilling and training people in these very important creative arts which are needed and putting it to use with some of the biggest players internationally.”