RUGBY legend Paul O'Connell has gone back school in his native Limerick for a new television ad for Aldi.

The Ireland, British & Irish Lions and Munster captain went back to his primary school, An Mhodscoil on O’Connell Avenue, for the Aldi Play Rugby ad, an IRFU initiative that inspires school children to get active, take part in regular exercise and to eat healthily.

Aldi brought Paul back to the primary school to surprise pupils and teachers alike in the the 40 second advert that sees the Limerick man walking the corridors of his former school where he first discovered rugby, being cheered on by pupils in the playground, and passionately speaking about the Aldi Play Rugby programme.

“It was a real thrill heading back to my old primary school, An Mhodscoil, to film this new ad for Aldi,” said Paul of the advert, which was created by Sweet.

"I started playing rugby late but it helped shape me into the person I am today. It taught me values, fairness, respect and teamwork. Traits that will be passed on to the younger generations through the Aldi Play Rugby Programme.

Sometimes sport is just about getting out, taking part and having fun. Great to visit my old primary school An Mhodhscoil in Limerick and see the boys and girls taking part in the Aldi Play Rugby Programme. #Feedingthefuture #AldiPlayRugby pic.twitter.com/MuC7k5j5ZT

"The Aldi Play Rugby programme is free to join and my old school was actually the 1,100th member to sign up! It provides boys and girls all over Ireland with the support and equipment they need to get active and stay healthy." 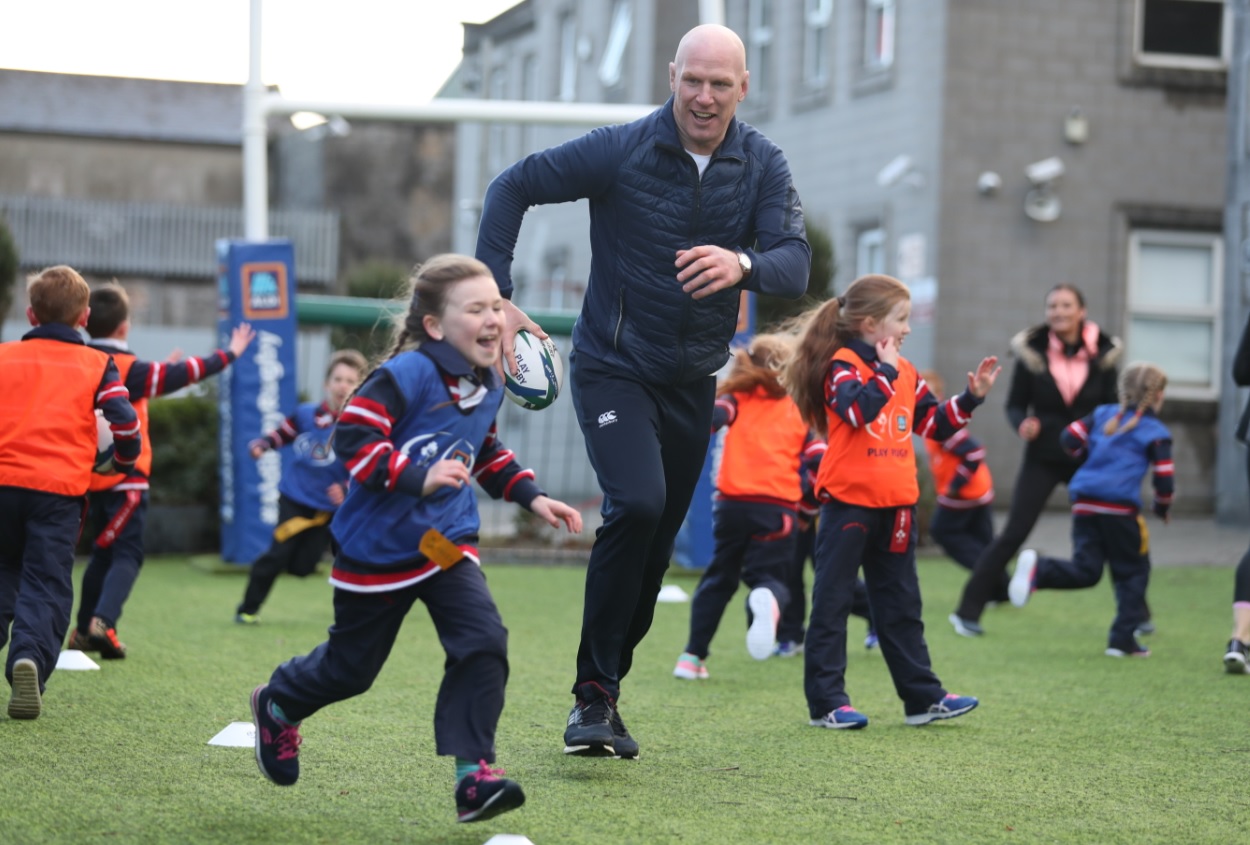 The ad launches today and is called Aldi – feeding the future of Irish rugby.

"Paul is a fantastic ambassador for the Aldi Play Rugby programme and the perfect role model for encouraging children to get active, eat healthily and most importantly, have fun.

"The Aldi Play Rugby programme has been a huge success with over 1,100 schools signed up to take part. Together with the IRFU we aim to increase the number of children participating in the initiative to over 100,000 this year," he added.