REMOTE and off-grid communities around Ireland and around the world could soon have access to clean, green energy following a series of successful tests on a tidal energy prototype at Limerick Docks.

Now the company which has pioneered the prototype, the Newcastle West-based GKinetic, hopes to have its first commercial unit ready within two years.

“We are now going to develop our first commercial unit but that will require rigorous testing over two years and once we’re beyond that we expect to be into full production of 25kW machines in 2020,” said Vincent McCormack, chief executive of GKinetic.

The company has developed a device which can operate and generate energy in streams of water as shallow as two metres and as narrow as three metres. But its unique design means that the power available is twice that of natural water flow.

“When we first started looking at this we identified what the problems were within the industry and a key one was deployment cost. We came up with a floating device that accelerates the flow into the turbines so we are actually getting double the speed of the water and, therefore, greater power,” Mr McCormack explained.

A device capable of generating 8kw of energy has been tested at a marine tank at Limerick docks where it generated outputs above international industry standards. As a result of this success, the company can now move to develop a 25kw model, its first commercial model capable of generating enough electricity to power up to 15 homes.

It will also develop a 60kw commercial model in conjunction with precision machine manufacturers DesignPro Ltd in Rathkeale. Horizon 2020 grant funding of €2.7million has made this possible.

The compact design and size of the GKinetic device means it can be easily deployed, in remote  off-grid communities in locations such as Canada, Siberia, Polynesia and a host of African, and South American nations, providing with with the option of this ground-breaking, green solution for their energy requirements.

Dr. Eric Bibeau, who runs the Canadian Hydro Kinetic Turbine Testing Centre at the University of Manitoba, Canada was in Limerick to witness the success of the prototype testing and welcomed the breakthrough. 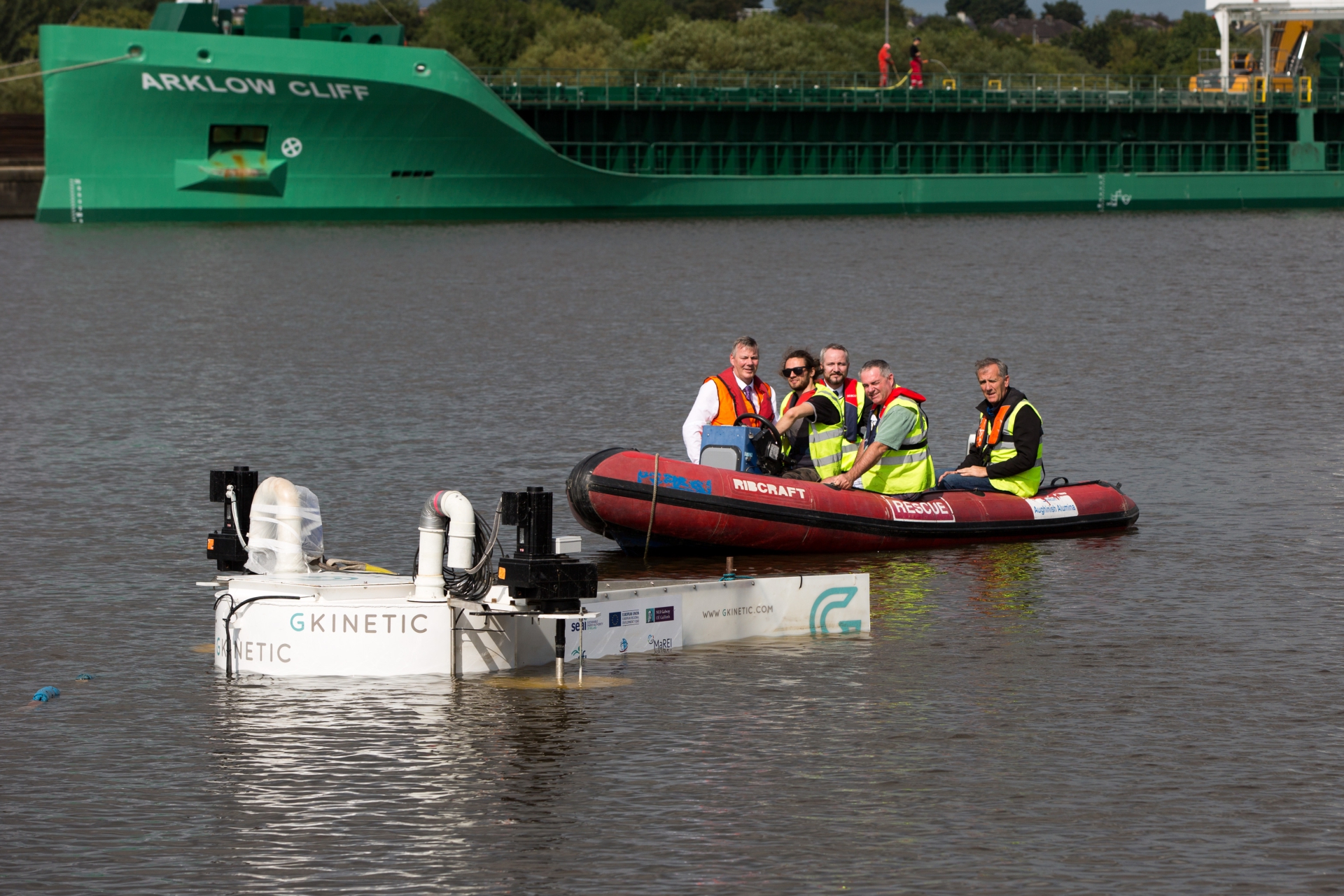 “In Canada we have First Nations remote communities running energy off diesel. There is big opportunity in this area because if you want to move away from diesel for energy, you are no longer looking at a few million dollars,” he said.

“ These communities no longer welcome diesel generators.  They are tired of the smell, they are tired of diesel seeping into the ground.  Nobody would be subject to living with diesel fumes in the city and people just assume that people in remote communities just accept it.”

Also welcoming GKinetic’s  ground-breaking development was Jim Gannon, chief executive of Sustainable Energy Authority of Ireland Ireland which has supported it “from concept right through to this testing today”.

“It’s a great achievement for them and it’s very exciting that they are moving on to develop their first commercial device,” Mr Gannon said.

“This validates Ireland as a centre for smart, renewable technologies and brings us closer to another viable source of clean energy for Ireland. We are delighted to see such a revolutionary device created here in Limerick,” said Pat Keating, chief executive of the Shannon Foynes Port Company.

“We have put a lot of time and effort into developing a strategic marine renewable arm for Shannon Foynes Port Company. People see the docks as a port facility but it is actually a very viable renewable energy device test centre as well. It’s the largest test tank in the country, 400m by 100m long, with zero-flow which is important for these devices.”

Mr McCormack added: “This is a very exciting time for us and it was great to have our partners here to witness the latest round of testing for the device. Our progress to date would not be possible without these partners so it was really gratifying for us to be able to illustrate just how well placed their support is.”