WATCH: Drone touches down in Limerick as package is 'delivered' from Shannon

LIMERICK received a glimpse of the future this week as several autonomous drone delivery test flights touched down in the city.

The test flights marked the first phase of a mission to create successful air taxis for people in the region.

A series of drones, capable of carrying a 3kg payload,  have been adorning local skies over the last month, as Limerick based company Future Mobility Campus Ireland looks to put air mobility on the map here.

The flights - the first of their kind in Ireland - comprised a test of last-mile drone delivery goods between Shannon and Limerick. They were conducted in conjunction with stalwart transportation companies Skyports and FedEx Express. 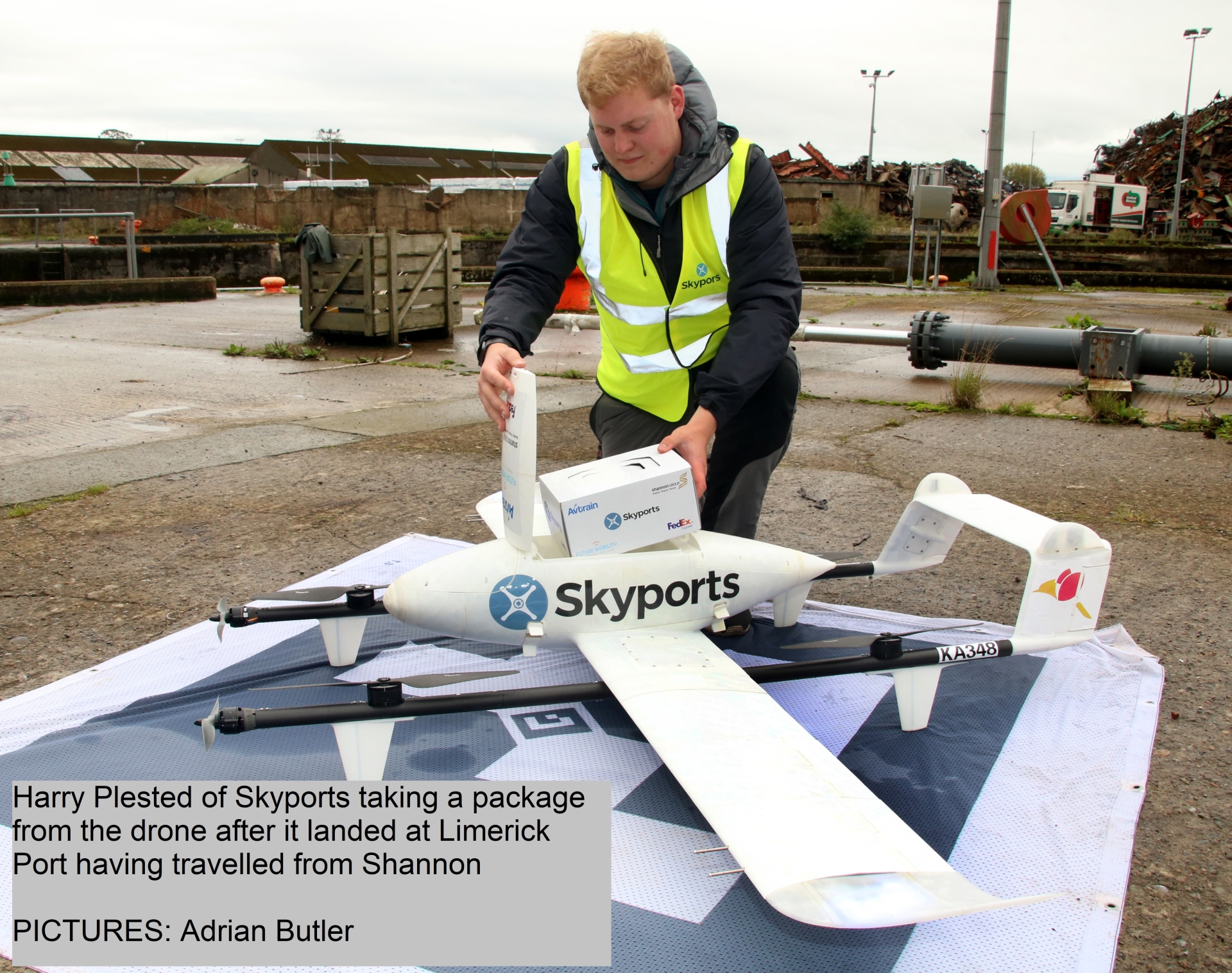 The innovation follows closely in the footsteps of Manna Drone Delivery services in Oranmore, Galway where footage was captured of coffee, food and medical supplies being delivered by air.

Commenting on the four-minute flight, in controlled airspace between Shannon and Limerick Port, Russell Vickers, Future Mobility Campus Ireland CEO, said: “The idea behind Beyond Visual Line Of Sight (BVLOS) transportation is that as these services become more certified and prove safe, you’ll start to see them pop up more and more.”

He added: “You’ll start to see these in two areas. One will be inter-city deliveries and others will be deliveries to rural areas, with longer ranges.” 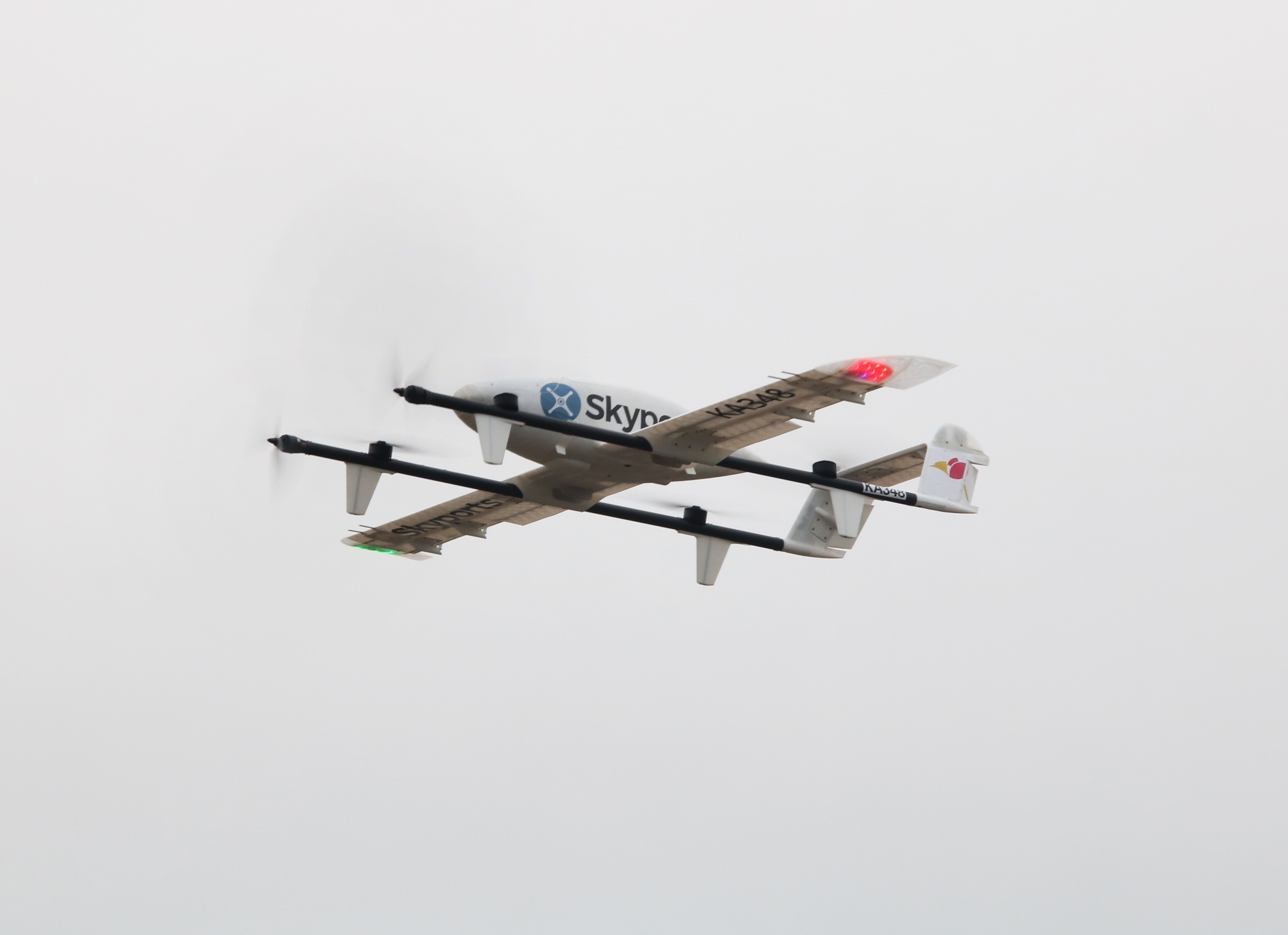 Working closely with Limerick City and County Council as well as Clare County Council, the goal of the operation is to connect autonomous vehicles, look at air mobility and how it can connect and create smart cities like Limerick.

The goods capacity limit for drone deliveries currently sits at 3kg, but Russell hopes to see this increase to 30kg-40kg over time.

“Ultimately, where this should go is, we want to see air taxis, where people can fly in this sustainable battery powered vehicles that can take then from one short hop to another. The goal is to build a test site in the region based in Shannon, for the wider region based on air mobility. This is the first phase, and we hope to build out in the coming years as we go,” Mr. Vickers told the Limerick Leader.