Wild About Wildlife: Living life in the fast lane 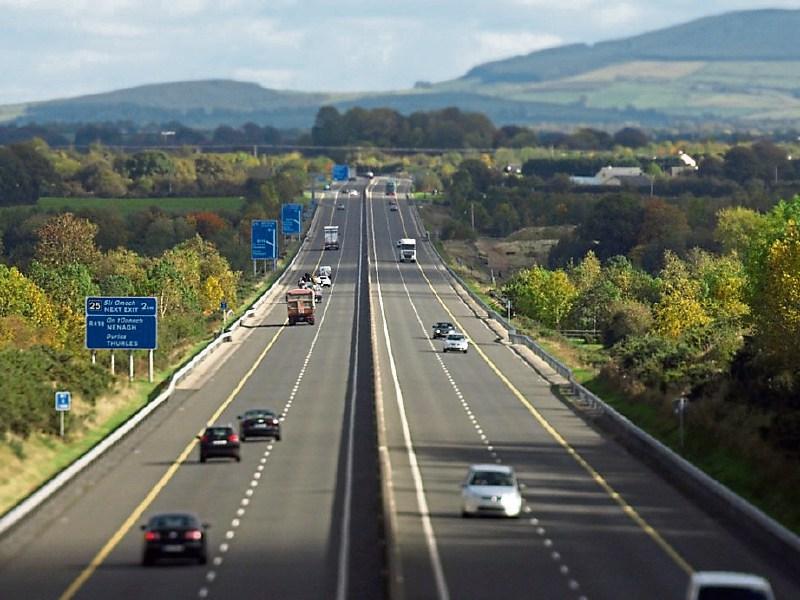 LIKE many people we are staying at home this year and using the opportunity to explore some of the wonderful scenery and wildlife found in Ireland. The motorway network was a good investment from the boom years and you can easily reach most parts of the country.

Our midweek day trip took us to Galway and on the way down we saw very few birds. This is a very high speed environment and there were only a few quick witted rooks and jackdaws, who were not bothered by the speeding trucks and cars. They happily fed away a few feet from the edge of the motorway.

I was thrilled when we passed under the living bridge. This is not open to human traffic but is a safe corridor for animals to cross. This makes perfect sense for a safety point of view as a high speed collision with any animal can result in a lot of damage. The bridge has been covered in plants and I am sure that nature has done its own colonisation.

I find motorway driving very tiring and we pulled into one of the designated parking spots for a quick rest and stretch of the legs. Also I had been casually taking in the plants as we drove along and I was keen to have a closer look.

The edge of the motorway has become the new unofficial habitat. It is full of wildflowers and grasses that support countless insects from butterflies to bees. The areas of short grass also make a home for small mammals and this attracts hunting barn owls and kestrels.

As we explored we spotted ringlet butterflies gliding over the grasses. These butterflies are quite hardy and even fly on dull and slightly damp days. This is definitely a species that has benefited from the expansion of the motorway network and its associated unmanaged banks.

There were lots of purple vetches and plenty of bumblebee workers gathering pollen and nectar from their flowers. We noticed what we thought at first were animal tracts and we were going to explore. Thankfully we realized in time that but realized in time that they were made by humans answering the call of nature.

The harsh calls of the magpie were audible above the traffic. These are nature’s maintenance crew and quickly clean up any poor animal that is killed by the speeding traffic.

We were delighted to find lots of frogs in the long grass. I had noticed that there were several new ponds that had been created at the edge of the motorway during the construction phase. These now have a good covering of vegetation and in ones that are more open I have often seen moorhen and mallards. Combined with the long grass of the embankments this has created a great habitat for frogs and especially since the surrounding landscape has been drained.

The purple flowers of knapweed had caught the attention of buff tailed bumblebees. The entire colony will often feed together on a particular good patch of flowers before moving onto the next.

There were plenty of common flowers like dandelions but they had all gone to seed. The daisy was still in flower and some of them had grown very tall in the long grass.

We heard a very low call and spotted a male Bullfinch calling from a nearby tree. The tree lined embankment is like a long narrow woodland and perfect habitat for foraging bullfinches.

While the motorway is meant for quick journeys it is worth pulling in at the designated parks and taking a few minutes to discover the wildlife that has made its home there.