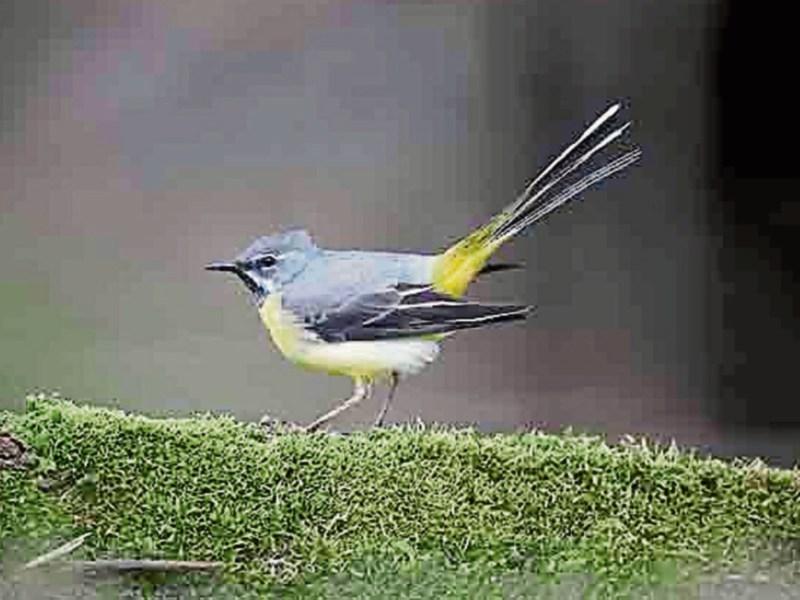 Mid-summer has passed and the slow journey to autumn has begun. This is often the peak time for wildlife and we try and spend as much time as possible outdoors enjoying the birds, plants and insects.

Some birds seem to be struggling this year. A recent conversation with a friend around swallows revealed only two nests on the farm where she works and normally there are several more.

This could be down to a lack of insects as the weather has been cold and the female swallows need lots of high protein insects before they can begin producing eggs.

I have noticed that my usual pair of swallows have failed to nest. They are still hanging around and occasionally I spot them in the shed, but they have made no attempt to build their mud nests.

Late nesting brings it own risks as even if the chicks are not fully grown the tug of migration and Africa and the lack of insects will force the parents to leave their chicks to a certain death.

Some birds have fared better and we were watching a grey wagtail feeding its chicks along a small stream only a five minute walk from our house. They are summer breeders in the hilly streams and as autumn advances will leave for warmer lower rivers. This brood consisted of three well-fed chicks and there are plenty of insects along by the bank of the river.

The chicks were perched on a large stone and waiting patiently. Every few seconds one of the parents will fly up and snatch an insect from a large swarm that were dancing in the evening air.

This was done with amazing agility and as the parent landed the chicks came to life and each one clamoured for the food.

The source of this insect wealth is found along the banks of the river. When the road was being built to the quarry some of the soil, gravel and stones were moulded into a low bank along the length of the road. Over the years this has been colonised by a wide variety of flowers and grasses.

This amazing habitat used to be sprayed until a quite word lead to a change of management (that is in relation to the flowers) and nature is now benefiting from this much more sensitive approach.

We recently swept the grass with the nets and emptied the catch into a large white tray. There were a dozen or more species of insect. The most fun were the frog hoppers and when the kids touched their backsides they hopped out of the tray and into the long grass.

Flies were plentiful but we were surprised not to catch any spiders. Perhaps the week of dry weather has encouraged them to move to the taller damper vegetation nearer the stream.

Later that day we were sitting out in the cool evening air enjoying a glass of wine. Birdsong has been very quiet for the last week as the males will only sing when they are in breeding mode. We heard the most unusual call coming from the trees across the road.

Through the trees I could just make out a pair of hooded crows perched on top of a hedge. The magpies were making the calls and as we watched more magpies arrived. This went on for a few minutes and the hooded crows were definitely unnumbered but so far not bothered by the troops around them.

They flew in a straight line tail to tail and into a tall conifer tree. They were not safe in this exposed tree and were quickly ushered on by a line of magpies till they reached a safer location across the road.