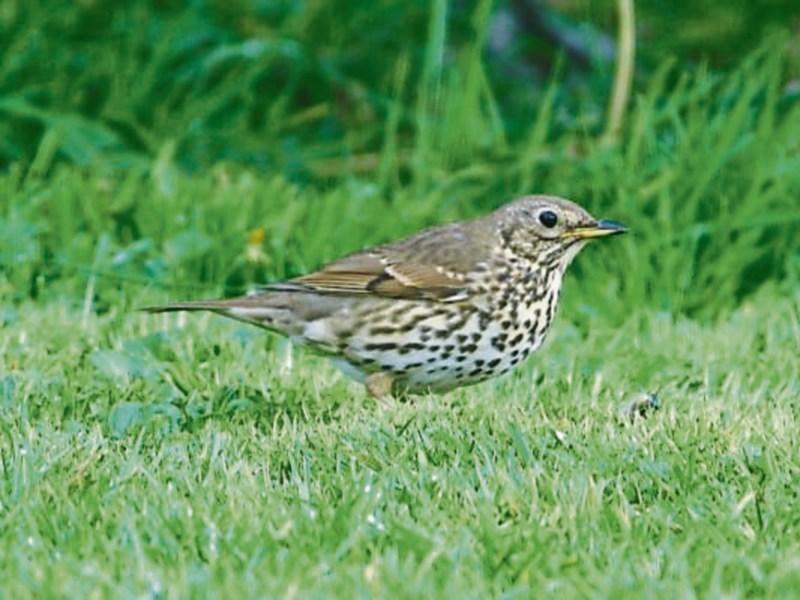 There was a brief break in the rain and I am making the most of any opportunity to get outside for a walk. Small rivers flowed down the sides of the road into ditches and drains that were already well past capacity. The normally gentle hill streams had been turned into fast flowing torrents and the water insects will have buried deep into the river bed to avoid been swept away.

The road I was following is bordered by a steep tree lined valley. Willow, hazel, oak and the occasional alder clink to the sides. This had been untouched by modern farming for generations and contains a rich flora and fauna. In the spring before the leaves come on the trees the woodland floor is covered in bluebells.

This is a great spot in winter to stand and listen for birds. Sometimes a sparrowhawk shoots by chasing a fluttering bird. Today there was only a few singing wrens and a troop of long tailed tits marching through the branches.

I was about to move on when I heard the distinctive calls of a song thrush. This is a very recognizable song as most of the main phrases and calls are repeated up to three times. When all the other birds are quite in the trees the song thrush has the countryside practically to himself.

It takes a few weeks for him to leave the safety of the woods and venture into my garden. I have noticed over the years that they use different trees at certain times of the day. In the morning he can be heard across the road in a neighbour’s tall conifer tree. When the kids are strolling in warily from school he has moved to the side of the house and only fades away with the setting of the sun. These trees make sense are they are the biggest around my house

The song thrush population is swollen in winter by the arrival of thrushes from the European mainland. These birds are escaping harsher winters and also we still have some of the best berried hedgerows on the continent, despite decades of mismanagement.

This might be one of the reasons while the resident song thrush sings during the winter. There precious territory containing food needs to be protected. Also these areas will be important in the spring time as potential breeding grounds.

Song thrushes feed mainly on worms and snails and they unpaid pest controllers in our gardens and on the farming landscape. Species that feed on slugs and snails are badly hit by the use of slug pellets. This is slowly built up in their bodies leading to long term health issues and eventually death.

They also feed on berries from trees like hawthorn and mountain ash. Garden apples are a favourite and if you have any bruised ones from the kitchen, place out under a hedge for the birds to eat.

This species is slightly smaller than a blackbird and is often bullied out of its food. The thrush has warm brown upper parts and the buff whitish underparts have lines of black arrow shaped markings.

I often see thrushes on the lawn or the middle of parks. Here it hops along he ground, stopping every few feet to listen for the rustle of earthworms. With a quick flick of its head it tries to pull up the worm and sometimes the worm does as win this Samson and Goliath contest.