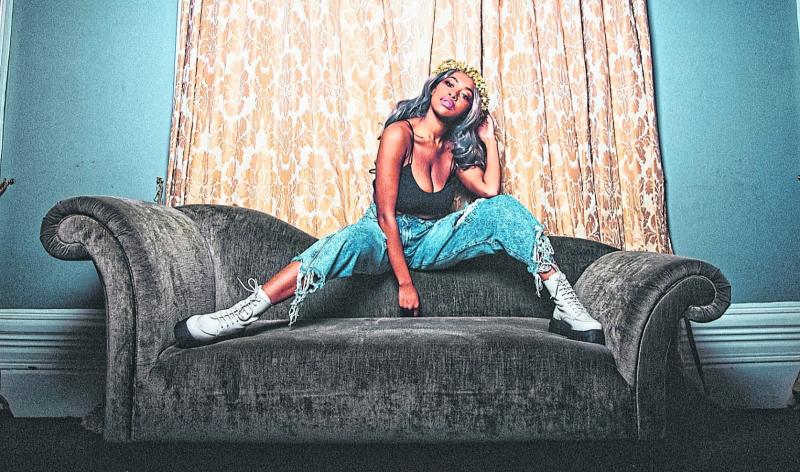 Hot off her support act for Ed Sheeran last week, the rapper will play a headline show at the castle on Saturday, August 20.

Presented by Seoda Shows and Dolans, this will be Denise's largest headline show to date.

Mick Dolan said: "Denise Chaila’s rise to stardom has been nothing short of meteoric. We first hosted Denise as a spoken word artist with Rusangano Family and since then she has performed and rehearsed in our venue many times.

"This is a major opportunity for Denise’s fans old and new to see her perform her largest headline show to date."

The first picture was from over six years ago. We recreated it 10 minutes ago. I had such a different life in that picture I never imagined I could ever be the person I am today. Thomond Park, 5/05/22. Thank you. pic.twitter.com/5MIT8gq7Ky

John Hennessy of Seoda Shows said: "We are excited to be able to host such a high profile show with Denise Chaila. Seoda and Dolans have worked closely with Denise and Narolane over the last several years. She is truly an authentic and unique artist.

"We were lucky to run a number of very small socially distanced shows during COVID-19 with Denise. This show in the hallowed grounds of King John’s Castle will be a major highlight in Limerick’s musical history. All hail King Chaila!"

The Zambian born rapper moved to Dublin with her family when she was three before relocating to Limerick.

The award-winning singer songwriter has been part of the Limerick music scene since 2012.

In 2019, she released her first EP Dual Citizenship and her debut album, Go Bravely, released in October 2020, won an RTE Choice Music Award.

Tickets for Denise's show go on sale Friday, May 13 at 9am from dolans.ie and Ticketmaster.