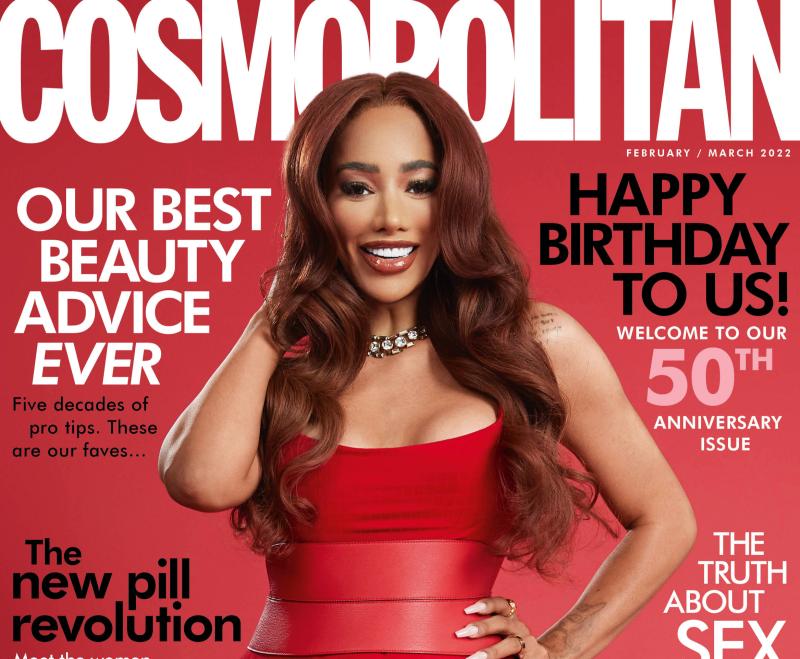 Munroe Bergdorf has made history by becoming the first transgender woman to star on the cover of Cosmopolitan UK.

The British model and activist, who campaigns for gender and race equality and transgender rights, wears a bright red dress on the front of the February/March 2022 edition, shot by photographer Jordan Rossi. 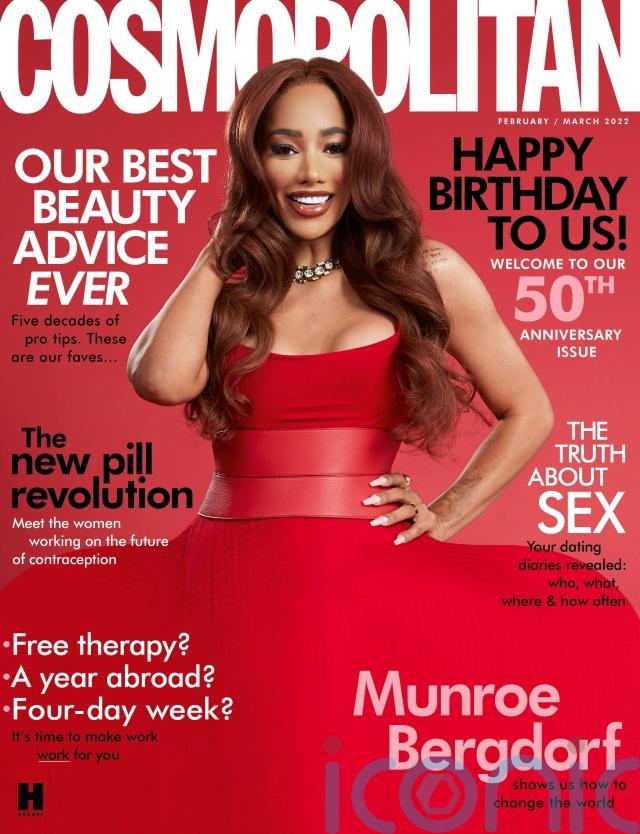 “It fills me with joy and pride,” Bergdorf said of the cover, which celebrates Cosmopolitan’s 50th anniversary.

Looking back on her career, the 34-year-old, says: “I’ve learned a lot. Sometimes I feel frustrated being the only black trans person, or the only trans person in the room. I don’t want to be a token, the first and last – there needs to be a plan in place to incorporate that inclusion long-term.”

Unveiled on the same day, the British Vogue February issue is also a ode to inclusion, with two covers featuring African models who are, Vogue says, “representative of an ongoing seismic shift that became more pronounced on the SS22 runways; awash with dark-skinned models”.

“As any fashion watcher will have seen at the SS22 shows, the rise of the African model felt, at last, like a permanent revolution,” wrote British Vogue editor-in-chief Edward Enninful on Instagram.

“No longer just one or two dark-skinned girls mingled backstage, but a host of top models took a meaningful, substantial and equal place among the most successful women working in fashion today. It means so much to me to see it.”

By spotlighting minorities, the Cosmopolitan and Vogue covers are inspirational for anyone who feels under-represented, particularly in the fashion world.

Bergdorf, Akech and their fellow cover stars are helping to pave the way for the next generation, proving that black and transgender women can succeed in an industry that has, historically, featured far more white models and celebrities on covers.

Speaking to Cosmopolitan, Bergdorf said: “Now, so many young trans people have people they can look up to and they can see themselves in. [They can] think, ‘I may not want to be a Hollywood actress or an activist, but it’s a possibility for me and I can dream as big. I can do whatever I want to do, because they achieved what they wanted to achieve.’

“That’s something I’m really proud of – hopefully, somewhere, there’s a young trans girl looking at this cover thinking, ‘I can do it too and who I am is not going to hold me back.’”